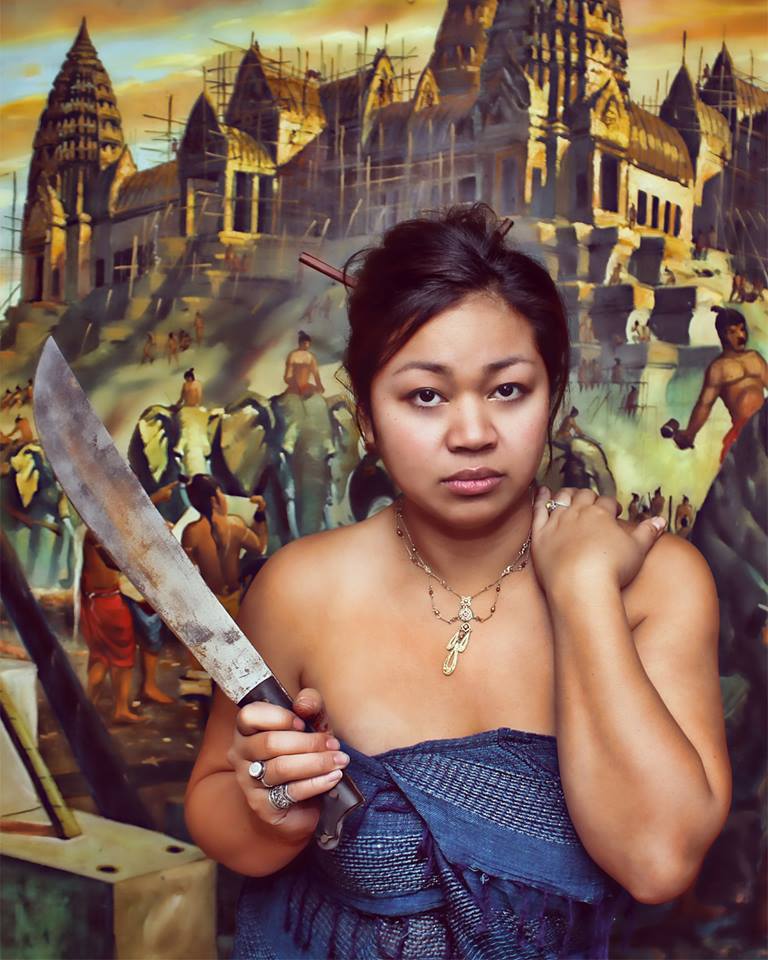 Walking into the Color Wheel Gallery you see a lot of things: vibrant hues that take the form of dangling earrings and embroidered purses, walls painted intensely with tropical colors and draped with feminist statements and sparkling ornaments. The gallery smells of tangy homemade soaps and oils and the delicious meals being prepared next door at Café Ena. It feels right that a show like ‘Fight like a Mother’ would be hosted in a place like this, a colorful, multifunctional shop where its home has been for five years now. The Color Wheel is very much a home and owner Tammy Ortegon has worked hard for many years to maintain that brilliant atmosphere.

“Fight like a mother, resist like water,” she says of the piece that inspired the show and its title. “I just tell the artists that the theme is ‘fight like a mother,’ and let them interpret what that means for them,”

The 18 artists involved in the show responded excitedly to this idea. Tammy and I discussed the fact that artists often feel pressure to make content that is more commercial and less personal or political for the sake of sales. But the chance to absorb a concept that is so emotional and to internalize it gives artists a chance to express the frustration, happiness, changes, struggle and how women juggle modern and traditional responsibilities.

The show’s artwork is varied, including photographs of flowers and warrior women, detailed paintings of transcendent goddesses and glittering collages. There is so much on the Color Wheel’s walls that some of the artwork gets lost in the colors and shimmering dangly things. The opening itself was set up to be more like a celebration, a block party of sorts. The artists, members of the community and friends of the Color Wheel brought food in potluck fashion, and five spoken word artists performed poetry to fit the show’s theme. It was a family affair so children were encouraged to attend and, like all Color Wheel events, there was an aura of familiarity and joy in the air. That aura produced a feeling of closeness with the attendees.

However, the show’s objective is not only to celebrate motherhood, but to present the strength that women exhibit when they are at their most powerful; when they have life in their hands. ‘Fight like a Mother’ lets you know that you can be both a mother and an artist, and in fact being a mother is a form of art within itself.