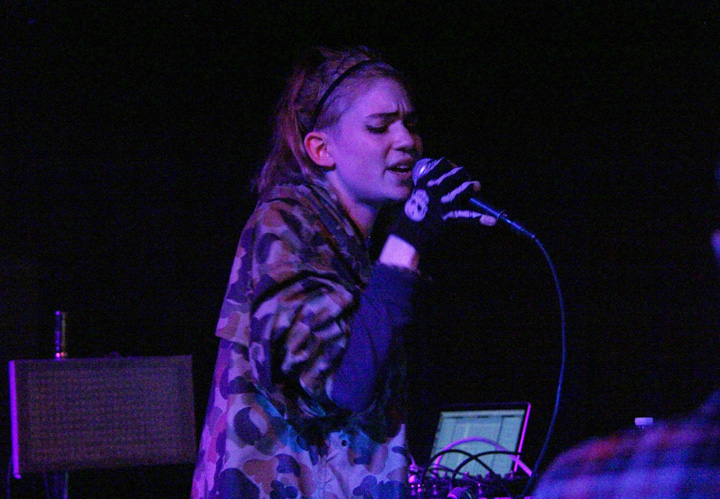 On Tuesday, March 13, singer/producer Claire Boucher brought her electro-pop project Grimes to the 7th St. Entry. Possibly the most anticipated show so far this year. A quick survey of Facebook and Twitter showed posts like “Can anybody get me into the Entry for Grimes, I’ll literally do anything.” Walking up to the concert there were fans lined up outside the entrance, some holding crudely constructed signs, trying to catch the eye of someone selling an extra ticket.

Since releasing her new album Visions in February, Grimes has been one of the most talked-about and exciting artists to impact 2012’s music scene. Beyond making a mostly great electro-dance record, Boucher is also endlessly quotable, giving incredibly candid interviews, saying what ever comes to mind. She is the perfect blend of artist and persona, making her worthy of being one of the most talked about musicians on the Internet.

When she took the stage at the Entry wearing a tank top, hoodie, and combat boots, she some how looked even younger than 23. The show stopped and started because of technical problems (“There is a flange or a phase over my vocals. I sound like a ghost.”) After a song and a half,  the issues were fixed, no longer sounding ghostlike and you could hear her clear and beautiful falsetto ringing from the speakers.

Unfortunately, the show never recovered from the false starts at the beginning of the set. Perhap, it’s the plight of being a performer that relies heavily on electronic samples, loops, and effects but the show never seemed to connect. Standing between a Roland Juno-G keyboard and a table of trigger pads and vocal effects, Boucher remained active, bending over to strike a pad, while singing, with the same hand used to hold the microphone.

Grimes’ two singles “Oblivion” and “Genesis” played early in the set and got the crowd bopping a bit but fell short of creating an exciting rhythm to her performance. When members from the opener Born Gold emerged to play backing instruments the energy level went up a bit. But despite Boucher’s bouncing and dancing during the songs it never created an organic excitement.

Boucher commented on being sick and having throat problems, despite that she continued to hit some truly beautiful notes with her voice. Watching her felt like watching an immensely talented young artist trying to figure out how to construct a live show without being weighed down by the constraints of loops and samples.

When I interviewed her, she told me there were song she “just couldn’t play” because they were too difficult. “I wish I could perform ‘Circumambient’ but I can’t play it and I can’t sing it live, the notes are too high.”

The next time Grimes comes back to Minneapolis, she’ll likely be playing a much larger venue than 7th St. Entry. The time she spends tirelessly touring North America and Europe this summer will help her hone her live performance. She has the vocal talent and the artistic vision to put together a great performance. Elements of a good performance are already there; most of the songs took on a different form than what exists on the record. Most notably the song “Genesis” ending in a LCD Soundsystem-esque dance break.

The set finally started to take shape when she played the song “Be A Body.” Unfortunately it was the second to last song and only about 45 minutes since the concert had begun. She thanked the crowd for being “the most gracious crowd so far this tour” and exited the stage. Everyone stood and clapped waiting for an encore that never came. With more time and practice, Grimes will be taking a bow the next time she’s here. 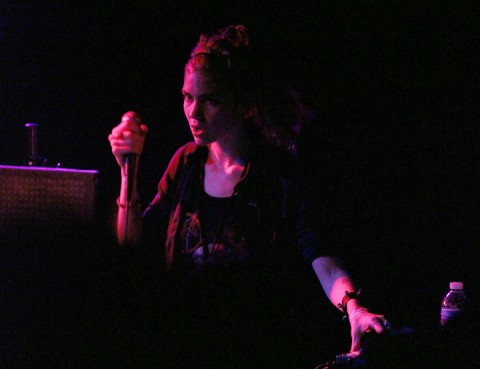 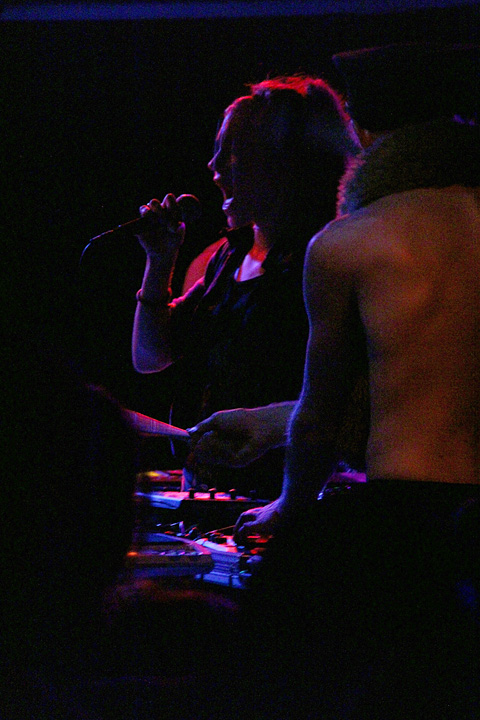 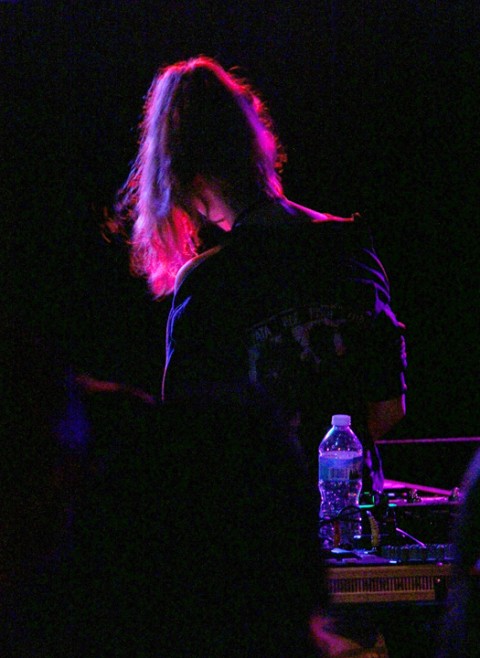 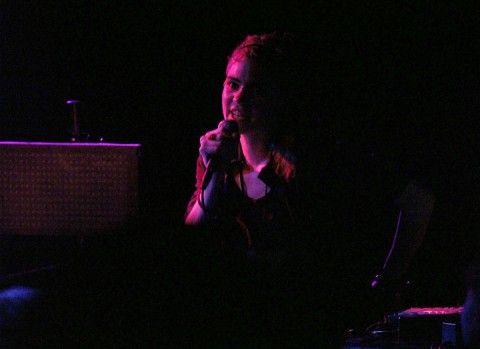 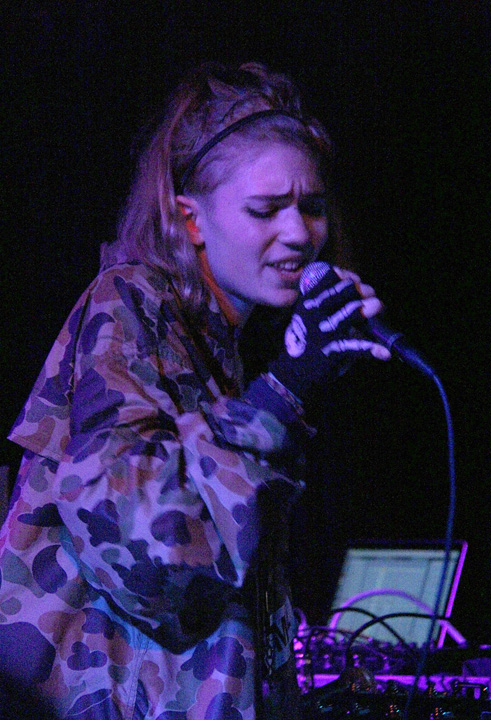 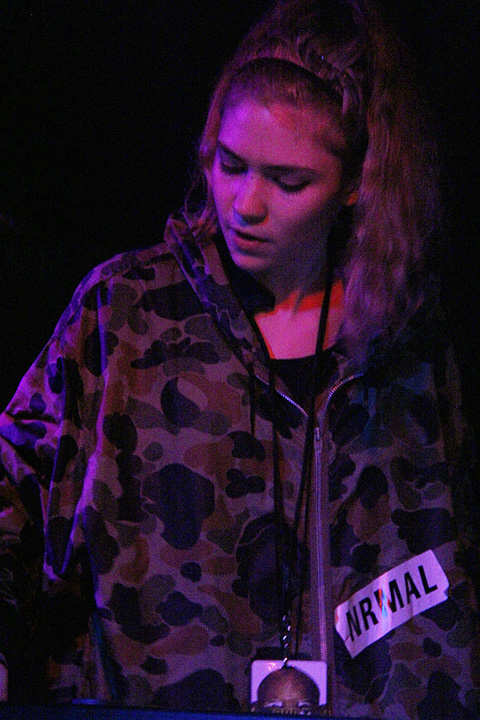 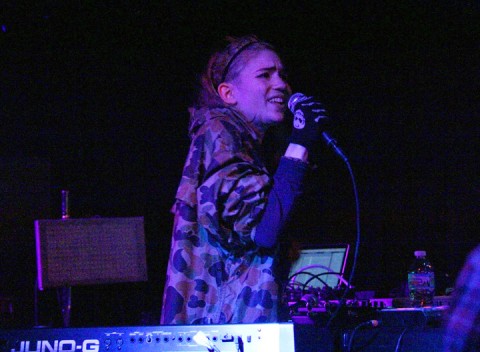 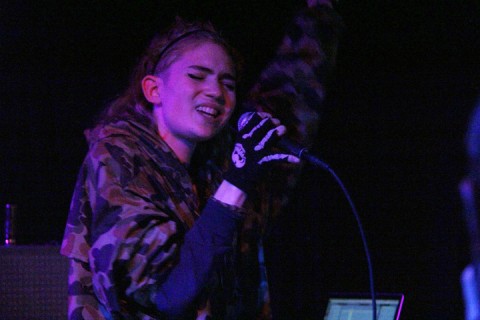 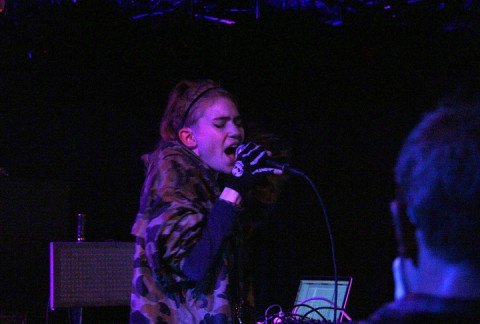