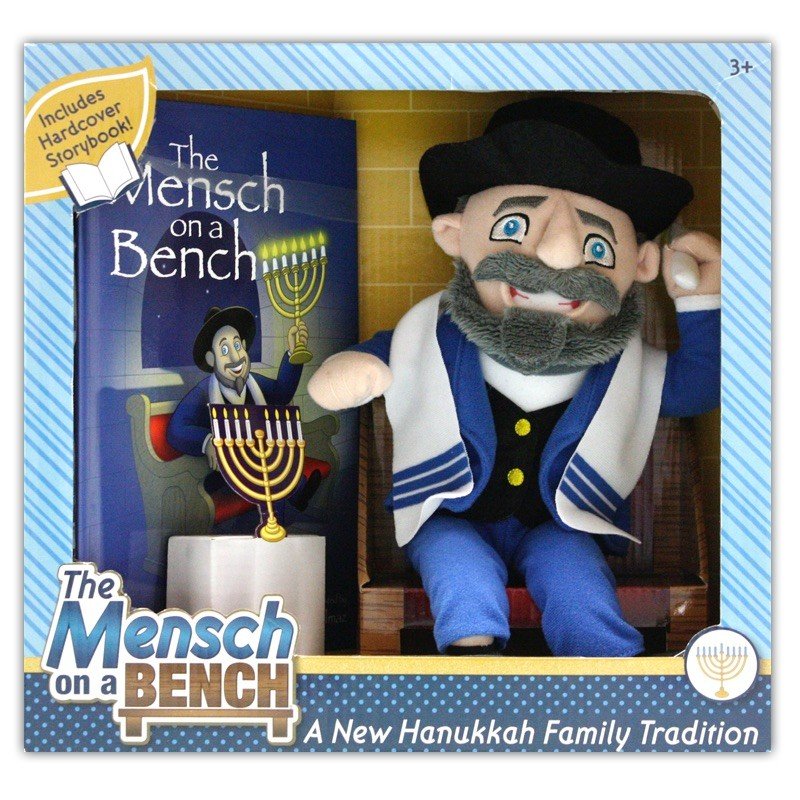 Every year at this season, the Jewish community reignites the debate about the extent to which Jews can authentically participate in the holiday season without compromising the true meaning of Chanukah. We look at new traditions and products and ask ourselves: when is it okay to borrow and adapt, and when does a practice cross that highly subjective line of just feeling too much like Christmas?

Though most Jews today agree that Chanukah is not the “Jewish Christmas,” we also know that Chanukah would not be what it is today without Christmas, and in many ways, I am okay with that. The truth is that many Jewish traditions, and even some of the prayers in our liturgy, were inspired by the greater culture in which Jews lived. Judaism has never existed in a vacuum, and Judaism would not be what it is today without the influence of greater society. We have always thrived by immersing ourselves in our host culture and developing alongside our neighbors. That said, the process of immersing ourselves in society and finding ways to appropriately make something our own is not simple. It does not always mean taking something red and green and making it blue and silver. Any tradition or product needs to be both secular enough to not directly conflict with a Jewish value, and general enough to make it our own. It has taken a long time for the Jewish community to figure out this balance, and in many ways, we are still struggling.

At the turn of the 20th century, Jews in America actually celebrated Christmas. They hosted Christmas balls, sang Christmas carols, and brought wreaths and Christmas trees into their homes and synagogues. Christmas represented America, and celebrating the holiday meant that a Jew had successfully assimilated into American society.

Eventually, rabbis and Jewish leaders rejected Jews’ participation in Christmas and saw Chanukah as an opportunity to satisfy Jews’ desire to participate in the holiday spirit, alongside their neighbors. An editorial in the Jewish Forward in 1910 wrote, “There’s nothing sadder than a Jewish kid at Christmas. It’s even more difficult in America, where the barrier between Jews and others is not as big. But there is a cure for what ails the Jewish child. It’s Hanukkah! Does this holiday not fall at the same time as Christmas? And is this holiday not better than Christmas.” It was this sentiment that initiated the dramatic expansion of Chanukah practices, rituals, and products. For the first time, products were created and marketed for Jewish children so that they would not feel left out at Christmas. In the 1940s, the Dra-Dell Corporation introduced “The Maccabee,” which was essentially a massive dreidel that served as the Jewish version of a Christmas tree. As time went on, new traditions, and new products emerged that tested how far each generation was willing to go in the development of Chanukah practices.

Today, Jews can opt in to almost every imaginable holiday tradition, from gift giving, to parody videos, to ugly sweaters, to cookie cut outs. Jews have not only adapted and borrowed, we have also made significant contributions to the festiveness of the greater holiday season, but never without controversy.

Mensch on a Bench takes the concept of an elf, and changes it only slightly so that it sounds Jewish. One of the rules for the product states, “Mensches are infused with Hanukkah magic. Make sure your kids know that if they behave, your mensch will let go easily of the Shamash candle, but if they misbehave, he will hold it tight, and they may not get any presents.” This rule takes Chanukah gift giving to a whole new level. For the first time, Jewish kids are being taught that there is an external, “magical” something/someone (not God) that is watching them and determining whether they are worthy of receiving presents. This idea has never been part of Jewish gift giving, not even during the biblical period. Instead, Jews have always given gifts in a way that emphasized the human relationship between the person giving and the person receiving. Chanukah gifts have always been from a real person, not a mythical creature, or even God. This product is starting to change that concept, and that concerns me.

Who knows how our generation will respond to Mensch on a Bench. Perhaps the idea will stick, but the details will be worked out in a way that removes the mythical nature of the mensch and finds a way to re-emphasize human relationships. Or maybe it will be like “The Maccabee” of the 1940s. Something that someday future generations will look back, laugh and shake their heads at. Only time will tell. For now though, I think I’ll stick with my ugly Chanukah sweater and dreidel shaped sugar cookies.