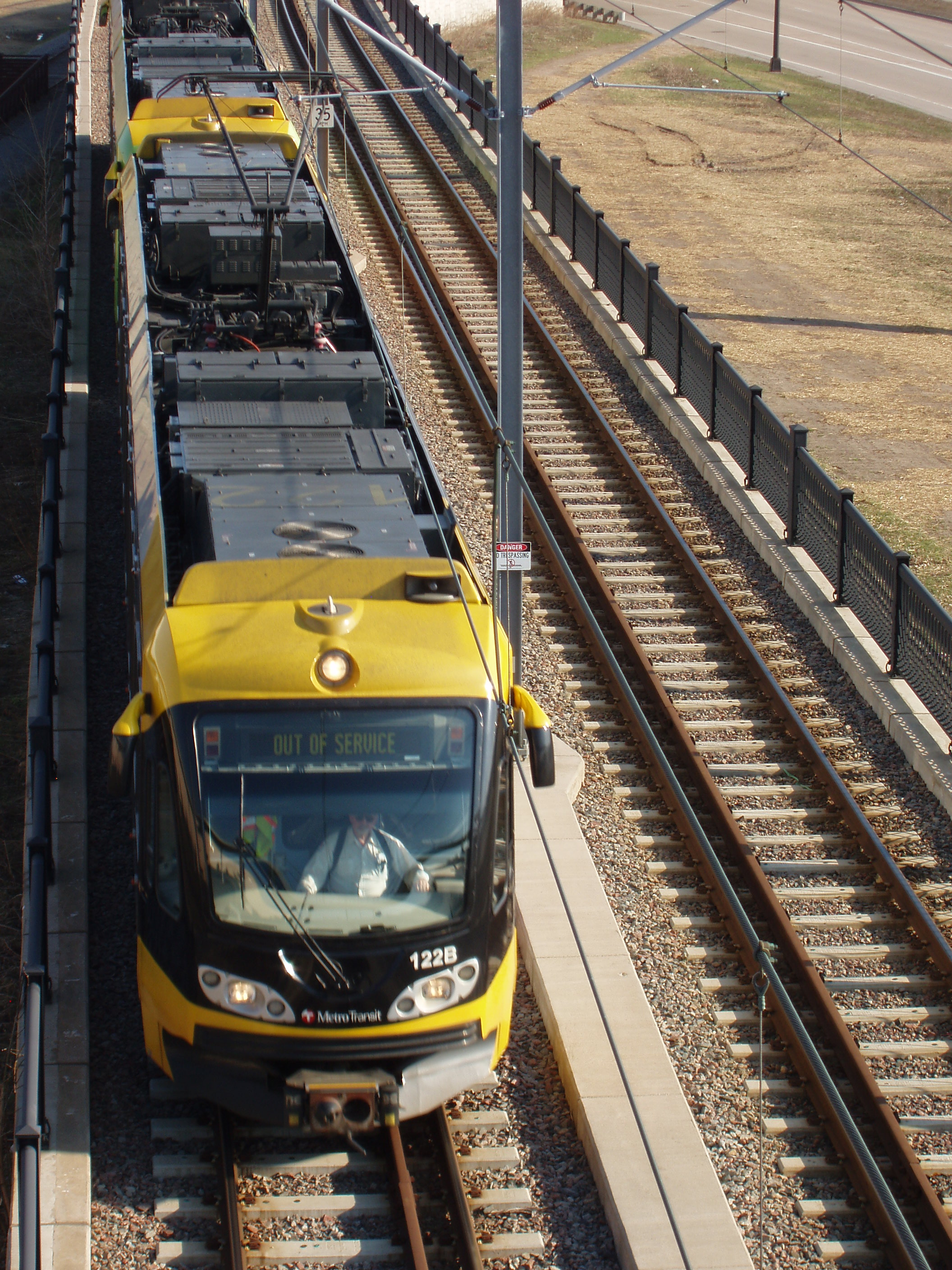 Step off the light rail platform at Lake Street & Hiawatha and look down upon Market Square, an open-air plaza filled with fresh produce from local farmers and local residents shopping the Midtown Farmers Market.  A band plays, neighboring businesses offer a place for dinner or a glass of wine, and a tree-lined pedestrian-friendly path leads to the Midtown YWCA and the neighborhood beyond.

Now picture this view instead:  one building on a sea of 432 surface parking stalls. This is the current reality on the southwest side of the Lake Street light rail station.  The question presented this evening is how residents view a proposal for redevelopment of the site.

The 6.48 acre parcel, roughly equivalent to 3 downtown city blocks, is owned by Minneapolis Public Schools (MPS) and is up for sale.  Corcoran Neighborhood Organization is facilitating a meeting tonight to review and comment on proposed development of the site which is adjacent to the Lake Street light rail stop and the YWCA.  The Midtown Farmers Market operates on this site by a lease agreement with MPS.

The proposal under review is for mixed-use transit oriented development composed of office space, a mix of market-rate, affordable, and senior housing, and a “Market Square” to house the Midtown Farmers Market and other public uses.

80,000 square feet of office space to be developed by United Properties;

60 units of affordable housing by Project for Pride in Living;

a 500 car parking structure built by the City on the surface lot of Midtown YWCA, wrapped by townhouses along both 22nd Avenue and 31st Street.

A Request for Proposals (RFP) was issued in August by the City of Minneapolis Department of Community Planning and Economic Development (CPED) at the request of MPS. The L&H Station Development proposal was the only proposal received.

Corcoran Neighborhood Organization (CNO) has advocated that development be consistent with the Corcoran Midtown Revival Plan adopted by the City and that any redevelopment of the site include preservation of public space to house the Midtown Farmers Market.  These elements were included in the RFP.  CNO has an advisory role to review and comment on the proposal.

MPS school board will make the final decision after considering recommendations from the City and the CNO.

If You Plan to Attend: