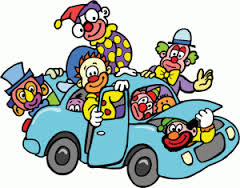 So there’s the underlying issue of frac sand mining, and the issue of who correctly construed who, as Republican gubernatorial campaigns go after each other. For the part of the story about Republicans going after each other, Bill Kuisle, running for lieutenant governor with GOP gubernatorial endorsee Jeff Johnson, said it makes sense to delay frac sand mining so the effects can be studied.

I’ve pulled the key quotes from the back and forth between the two campaign[sic]. Below is the quote from Kuisle from the interview, in response to a question about frac sand mining:

“‘I’ve followed the issue a little bit in the papers,’ said Kuisle, a farmer of 160 acres between Stewart and Rochester. ‘You can’t be an expert on every issue, but I think you’ve got to look at all sides. That is a tough one.

“I think the moratorium, give it six months or a year, to study the issue is a good thing. You need to determine what you hope to protect. Is it air pollution, trout streams, transportation? Source: The Caledonia Argus, “Republican-endorsed candidate for lieutenant governor stops by Argus offices”, July 15, 2014

Funny, isn’t Zellers the one who thinks having the government shut things down is a good thing? I guess he’s running on the 2011 shutdown because he can’t run from it, or maybe the MNGOP base is ideological enough to still think government shutdowns are a good idea. Anyway, the Johnson campaign responded,

“Some campaigns are saying that Jeff Johnson wants to impose a statewide moratorium on mining for silica sand.

That isn’t true. When Bill Kuisle visited Caledonia, he said that if local governments wanted to put a temporary moratorium on mining to study the environmental impact, that would be their prerogative.” Source: Johnson for Governor, July 17, 2014

The writer on politics.mn, Michael Brodkorb, judged that the Johnson campaign engaged in some dishonest spin since Kuisle never said “local”. He didn’t say “state” either, but he’s running for statewide office, so I agree with Brodkorb, the inference Kuisle meant “state” is reasonable. Zellers construed Kuisle’s meaning accurately. Though to engage in yet more liberal nuance, there actually are local moratoriums on frac sand mining. So what Johnson incorrectly claimed was Kuisle’s position is actually a position a reasonable person might take.

A gaffe on Kuisle’s part? Yes, given how Republicans generally feel about mining frac sand. Maybe if he had known more about it, and it seems if you’re giving an interview in an area where frac sand is a local issue, might be well to bone up on it. Few voters ever learn the name of a lt. governor candidate — unless they make news for a bad reason. When Judi Dutcher either didn’t know what “E85″ referred to when asked about it in a rural area, it led to the blow up of the Hatch campaign. Dutcher was unlucky enough to have this happen on video, five days before election day, and then Hatch yelled at a reporter asking about it, and that’s why a gubernatorial candidate’s running mate making the news is generally a dreaded thing. Kuisle has likely caught a break in having this happen in a newspaper interview, not on video, and over three weeks before the primary election. In other words, likely survivable. After that, if Kuisle and Johnson win, DFLers won’t be able to make much use of this gaffe because we generally share Kuisle’s skepticism about frac sand mining.

Then of course there’s the approach to the actual issue. Since Johnson chose to pretend Kuisle said something somewhat different than just defending him, I’m guessing the MNGOP is all-in on it. Kuisle I fear will likely get back in the bubble. Still, as much as someone in his position should know something about the issue, I have to give him a kudo for resisting forming an instant uninformed opinion. His first instinct to delay something potentially polluting in order to study it is laudable. Are we sure he’s Republican?

On the issue itself, Jeff Strate posted a video that partly explains the issue in terms of local effects, so I won’t repeat it all. I’ll just add that aside from local pollution and infrastructure problems, fracking itself is a problem. I don’t just mean local effects there either, bad as earthquakes and water pollution are for the property values and peace of mind of nearby residents. Global warming is the bigger issue. Natural gas is cleaner than coal only if you start measuring emissions when they’re burned, so yes, I’d much rather live near a gas-fired power plant than a coal one. However, producing gas by fracking allows methane to leak. Methane is a much more potent greenhouse gas than carbon dioxide. It doesn’t stay in the atmosphere nearly as long, but it’s so much more potent, we may be gaining nothing by replacing coal with gas. So getting in the way of fracking is basically a good thing, even if the local effects were nil.