There are many ways that the party of Reagan is screwing up right now, and any one of them would cause the Gipper to shake his head in shame. Taken together, however, it is just about impossible to recognize the party itself – let alone a path to victory.

With nine months left until the election there is always a chance they’ll get it together, of course. There’s also a good chance that we’re about to see nine months of unscripted slapstick passing itself off as “politics”. Here is a list of what is going horribly wrong: 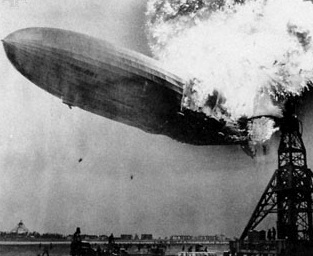 Irrelevance: When Karl Rove assaulted the Clint Eastwood Superbowl ad, it seemed reasonable that this was one old guy who has lost his touch saying something very stupid. Not so. The theme has been picked up and yet another fake issue has been created for the War on Reality – except the right didn’t pick it very well. As they descend into a very Marxist belief that everything is political they have driven a wedge between themselves and reality that is very big and obvious.

Medieval Beliefs: Are we honestly debating the availability of contraception in the year 2012? Doesn’t anyone in the party understand that women have the vote and have a tendency to show up in greater numbers than men? This has to be the stupidest manufactured issue ever – at least the downside on Clint Eastwood is silliness, not actual harm. Besides, the arguments being used right now ultimately make the case for universal, national health care better than anything else if pushed too hard – why, indeed, should an employer get stuck for the tab?

Mitt:  People hate Mitt Romney. No one knows exactly why, but there are many small reasons that add up to a lot of nothing. As the joke goes, “A conservative, a moderate, and a liberal walk into a bar and the bartender says, ‘Hi, Mitt!’.” This is a man with perfect hair who says anything people want to hear and has a record of making zillions of dollars ripping companies apart – not exactly a struggling entrepreneur or working stiff. In many ways, he has the worst qualities of Mike Dukkakis and George HW Bush all rolled into one – a losing combo if ever there was one.

The Establishment: Of the $67M raised by PACs so far, 22 people contributed half of it (video: Colbert). They are the ones who are running this election – and they have apparently picked Mitt Romney to be the party’s nominee. The actual “establishment” is probably more like 50 – 100 people in total, most of whom have been nameless. They are in the process of being flushed out into the open by a population that is sick of feeling powerless. The result will give us actual personalities to demonize, making it much easier to run against them.

Blowback: Wars in Afghanistan and Iraq were fought against US armed groups that turned on us, apparently a Republican specialty. The “Tea Party” movement was largely created by the Koch Brothers in order to harness rank-and-file fervor – but is certainly helping to crystallize opposition to the Establishment (well personified by the Koch brothers). This may only be starting. Look for it to go insurgent by this summer.

The Blahs: This might all turn around if sensible Republicans, probably the vast majority of the party, stood up and took action. Instead, they are staying home and not bothering to show up for primaries and caucuses. One survey suggests that 20% of them are already leaning towards re-electing Obama.

Things are Getting Better: While a narrow majority of Americans already believe the Republicans are trying to tank the economy, it continues to turn around anyways. Re-election campaigns for any President are largely a referendum on their performance and little else – and Obama might be in the process of bumping up his grades by getting some overdue homework done before the end of the semester.

No Plan:  This may seem trivial in light of all the other terrible screw-ups, but at some point any voter still thinking about voting Republican will probably have to answer questions from family or co-workers as to what they stand for. Opposition to Obamacare is not a plan, and automatic budget cuts simply didn’t happen. Republicans have come to stand for absolutely nothing lately – other than Obamaphobia.

Can this all be turned around and a credible election campaign mounted by November? In the USofA, anything is possible. Some things, however, are pretty damned unlikely. With this much against the Republicans, betting money is on a complete rout and catastrophic collapse. Stay tuned!