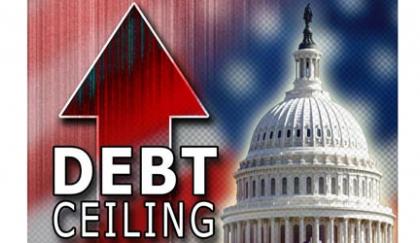 A little while back, I wrote a piece on the debt ceiling dilemma.  In it, I reported how I felt that the Republican position on the matter is akin to playing a dangerous game with the economy.  Since then, a lot more has been said and done (or not done considering that a deal has yet to be reached), and the two sides have become much more specific in their talking points.  Considering that raising the debt ceiling is perhaps the most pressing issue facing the nation right now, I figured it was worth a second look.

In case you haven’t been following the situation particularly closely, the trouble all started when Republicans refused to raise the debt limit above its current level without getting major deficit reduction concessions from the President and the Congress.  As has time has gone on, the Republicans have demanded ever more extreme spending cuts but have been unwilling to even consider raising taxes.  By contrast, the Democrats have already agreed to multiple cuts, but they also ask that revenue increases be a part of the budget solution.  If no compromise is reached, some rather devastating economic consequences will be brought to fruition.  The price of inaction includes a partial default on the national debt, skyrocketing interest rates, a devaluation of the dollar, and as CNN recently reported, a downgrade of the sterling bond rating on U.S. Treasury bonds (currently considered one of the safest assets available with a rating of AAA).

We absolutely have to find common ground, but the trouble is that there just doesn’t seem to be that much common ground to find.  Last Tuesday, David Brooks wrote a rather stunning article about the mess we’ve put ourselves in.  Brooks’s reports:

If the Republican Party were a normal party, it would take advantage of this amazing moment. It is being offered the deal of the century: trillions of dollars in spending cuts in exchange for a few hundred billion dollars of revenue increases…The party is not being asked to raise marginal tax rates in a way that might pervert incentives. On the contrary, Republicans are merely being asked to close loopholes and eliminate tax expenditures that are themselves distortionary.

But, of course, the Republican Party doesn’t even want to do that.  Congresswoman Michele Bachmann has recently said that she hasn’t forgotten “where [she] came from” and that she will strictly oppose raising the debt ceiling if it means any form of revenue increase.  She’s not alone.  All but a handful of Republican Congressmen have signed loyalty pledges that disallow them from raising marginal tax rates even in the case of war, famine, or plague.

One has to wonder if the Right is making any real effort to compromise at all.  I’m on a bunch of Republican email lists (don’t ask me why), and I keep getting bombarded with messages urging me to say “no” to raising the debt ceiling.  Moreover, the other day, Rick Santelli went a little crazy on CNBC demanding that Congress cut spending and that refusing to raise the debt ceiling was the best way to get them to do that.

The fact is that this political theater and posturing has officially switched from being annoying to being insane.  I say that it’s insane for two reasons (well…it’s insane for many reasons, but two particular ones).  The first is that if you are unwilling to allow any form of tax increase at all to fix a deficit problem that you brought to light, than you are essentially like an individual who wants to balance their personal budget without getting a job.  It’s like saying, “gee, I don’t have enough money for stuff, I should probably just stop buying absolutely everything altogether….sure I could get a job-but really, who needs food, and clothes, and a place to live?”  The truth is that any responsible solution to a budget problem, whether on an individual level or that of the government, needs to include both a reduction in outflows and an increase in inflows.

The second reason the Republican position is crazy, and this is the most important one, is that their argument essentially boils down to this: “we’re worried about the country defaulting on its debt.  We need to reduce our debt.  Therefore, our best bet is to put ourselves in a situation where we will immediately default on the debt in order to stop ourselves from potentially defaulting at some unspecified time far off in the future.”  It just doesn’t make any sense.  If I had a recurring fear that I was going to fall off a cliff sometime next year, I wouldn’t go jump off one today just to prove a point.  Seriously, it’s a mind-bogglingly crazy argument.

We’ve got to do something…but I don’t’ know what it is.  Democrats have agreed to spending cuts, they’ve agreed to deficit reduction, there’s just not that much more they can do.  Republicans have to come to the middle, at least a little bit, or our country is headed for disaster.  I hope for all our sakes that they can get it together.