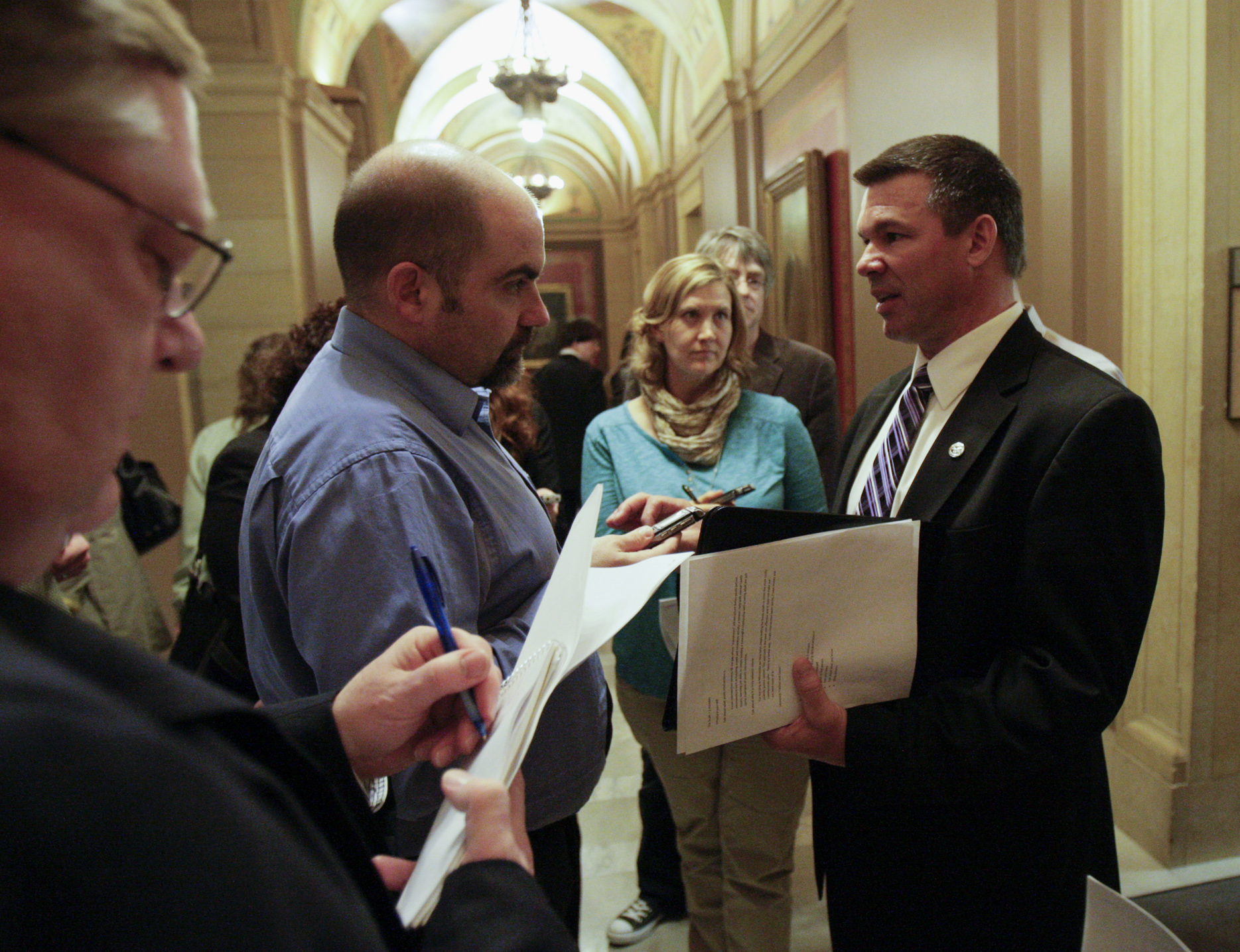 Calling the current bill to allow for same gender marriages divisive, Rep. Tim Kelly (R-Red Wing) will be introducing a bill Thursday that would allow civil unions to be treated in state statute the same as marriage.

Kelly was one of the few Republicans to vote against a 2011 bill that put on the ballot a measure to define marriage in the state constitution as between one man and one woman. Kelly said that his efforts to help defeat the measure should in no way be taken as support for HF1054 that would allow for same-sex marriage. That bill, sponsored by Rep. Karen Clark (DFL-Mpls), currently awaits action on the House floor.

“Two years ago I spoke about getting government out of this arena. … Government’s role is to protect the individual,” he said during a media briefing. He said his bill is consistent with his belief that marriage is not a government affair, and that, eventually, civil union contracts will be recognized in state statutes.

According to Kelly’s proposal, a civil union would be considered by the state as a contract between two parties, who are at least 18 years of age. Wherever in statute the term marriage is referenced, the term civil union contract will be inserted as well.

Kelly questioned the amount of time and money being spent over one word — marriage. He characterizes his bill as a “baby step toward giving people the rights that they deserve.” He’s surprised the DFL majority has not put forward a civil union proposal, and said he fears that the current bill is too divisive to pass.

Flanked by Republican representatives Pat Garofalo (Farmington), Andrea Kieffer (Woodbury) and Denny McNamara (Hastings), Kelly said he also has the support of Rep. Kim Norton (DFL-Rochester), and expects other DFLers to sign on once the bill is formally introduced.

House Speaker Paul Thissen (DFL-Mpls) responded to Kelly’s proposal in a written statement: “The conversation that we are having both at a national level and here in Minnesota is whether or not all committed couples deserve the freedom to marry. Unfortunately, the bill announced today is an idea whose time has passed and would simply create a new separate and unequal category for same-sex couples in our state. That is not acceptable to those — like me — who support full marriage equality for all Minnesotans, and it will not have broad support in the Minnesota House of Representatives.”