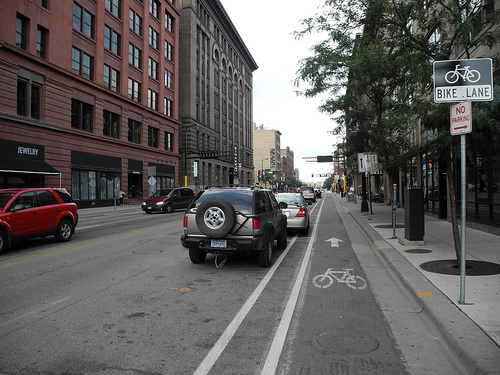 Minnehaha reconstruction — is there really an opportunity for meaningful community input?  As I work on this story, I am finding that businesses and residents have minimal information, if any, on the extensive two-year reconstruction project. Two options are available for the street – cycle tracks or bike lanes – both of which will have a dramatic impact on the area for thirty plus years. Without information or opportunity for community dialogue, residents and businesses appear to not have the tools they need to have a meaningful voice in the project.

County reps said that they have had numerous community meetings through the Longfellow Community Council and the Longfellow Business Association as well as meetings with concerned individuals. The LCC isn’t aware of meetings held through its organization. The LBA did hold one recent informational meeting about the project for members of the LBA and has had meetings in the past in the larger context of strategic development of the Minnehaha-Hiawatha Corridor.

I checked with the LCC, and they said they are very worried because they know residents have strong opinions about what should be done, but the LCC has no info from Hennepin County to present to residents.

The county has a community meeting planned for June, where they plan to provide information to residents and business owners and seek input, but if they’ve already made the decision, I’m wondering what the point of getting the input is.

If you have any opinions or information, please contact me!

UPDATE: Just as this article was going to press, I got an email from Hennepin County, which said, in part:

“The LBA Meetings attended by county staff were on the following dates:

“The LCC Meetings attended by county staff were on the following dates:

“As noted Hennepin County staff recommends the on-road bike lane concept as the preferred alternative for the Minnehaha Avenue corridor.  Many factors were reviewed and analyzed for this specific corridor to determine which bicycle facility type should be recommended.  Factors considered included but are not limited to intersection safety, multi-modal safety, parking impacts, tree impacts, and maintenance responsibilities.”

Since that doesn’t quite track with what LCC said previously, I’ll continue to follow up.