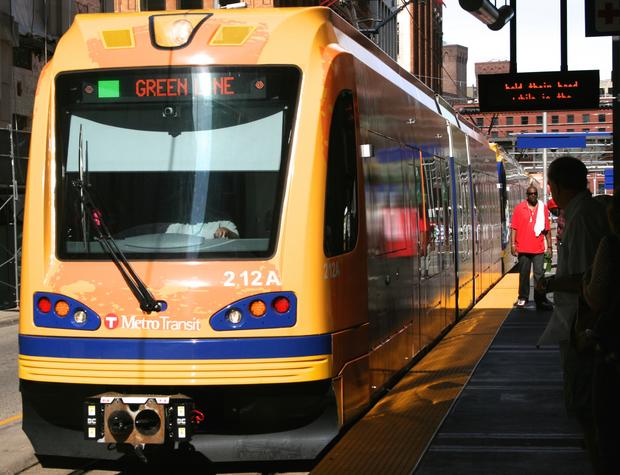 The opening of the Green Line light rail has environmental advocates and others evaluating the University of Minnesota’s amount of green space.

A report released last week says the University and surrounding neighborhoods should make way for more public spaces, as an influx of residents is expected in the area along the light rail in the next decade.

The report, released by the Minnesota chapter of the Trust for Public Land, says additional households near the Green Line, which cuts through the heart of campus, could contribute to the overcrowding of public spaces, including those on and around the University.

Pamela Wheelock, vice president of University Services, said the University considers green space a priority, but she said the school isn’t planning on converting any of its land into public parks right now.

The report estimates that as many as 1,600 new households will pop up in the University’s area within the next 10 years.

The University and its surrounding area have a high amount of public space, according to the report. About 11 percent of the area is already available for the public, and that number is the highest of any area along the Green Line, the report says.

Wheelock said there are already many public places on campus for people to enjoy. Specifically, she mentioned Northrop Mall and the Gateway Plaza near the McNamara Alumni Center.

“I can guarantee you that it’s not just the campus community, but [also] members of the public, [who] enjoy those spaces,” Wheelock said.

Tim Busse, communications director for University Services, said there is green space around the Green Line on campus, including trees and other landscaping amenities along Washington Avenue Southeast.

Although the report says the expected population increase could put stress on public land resources, it also outlines a variety of paths the University could take to achieve a greener, more publicly accessible environment.

One option is to begin “stacking” green infrastructure onto existing structures, the report said.

The University could achieve that by creating parks and green spaces under bridges, power lines or other unconventional, publicly owned land, said Jenna Fletcher, program director of Trust for Public Land.

Though the trust advocates for a variety of public land uses such as parks and other amenities, Fletcher said there isn’t enough public land when considering the amount of green space that’s needed for a high quality of life in the Twin Cities.

Parks won’t be enough to alleviate the coming stress on public places, she said, adding that it will be important to make some privately held land available for use.