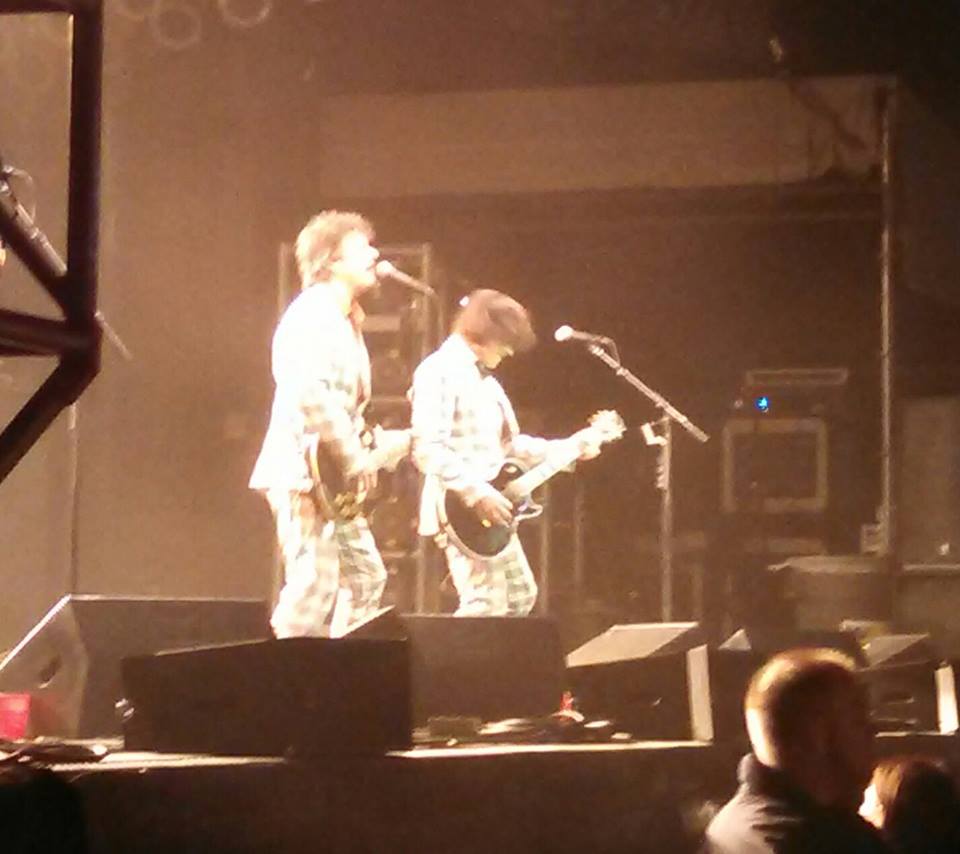 The Replacements at Midway Stadium – that’s a classic combination!

The band came on stage in matching suits; they look weathered but good. They sounded great. The audience was also a little weathered and the audience wasn’t quite in tune but that didn’t stop everyone from singing every song. And to be fair to the audience, Westerberg doesn’t sing ‘em the same way every time. He pulled at our heart strings when we said, “Sorry it took us so long,” and brought us back to reality when added, “that’s a bold-faced lie.”

The started with “You’re My Favorite Thing” and they didn’t pause much over the next two hours. Not a lot of chit chat just a lot of fast guitars! About halfway into the show I got a little nervous that we were seeing the grand finale when they played “Maybelline.” It was hard rocking, old school and timeless –like fireworks. Luckily for us, they were just getting started. They played a few covers – “I Want You Back” the Jackson Five and Sham 69’s Borstal Breakout.

Every Minnesotan of a certain age has their favorite ‘Mats’ songs and I suspect how you felt about the show really depends on your favorite songs. If you were there for “Here Comes a Regular” or “Answering Machine,” you were out of luck. But in those two hours they were able to play a lot of songs. During the encore, Westerberg sang “Skyway”; it was a change of tempo that folks seemed to like. A special request of “Merry Go Round” went out to Mary (I assume Mary Lucia–Westerberg’s sister). They ended with “Unsatisfied,” which won me a bet with my brother. A strange note for another other band to leave on – but it made sense for them.

The Hold Steady also looked at home in the Midway Stadium–except lead singer Craig Finn welcomed Minneapolis! I decide not to take that personally because I once heard Finn say that as a kid St Paul scared him a little. Mayor Chris Coleman corrected the error when we came on stage to welcome everyone to St Paul and officially proclaim September 13 to be The Replacements Day.

It’s fun to watch Finn on stage–he’s the rock star lead singer and over-enthusiastic guy in the corner rolled into one. But like The Replacements, he’s such a good storyteller. “You’re Little Hoodrat Friend” was a crowd pleaser. There were a few people who fought their way up in front to see The Hold Steady and happily stepped back when they finished. I’d move up for both bands!

Lucero played before The Hold Steady–I heard they were mellow and good.