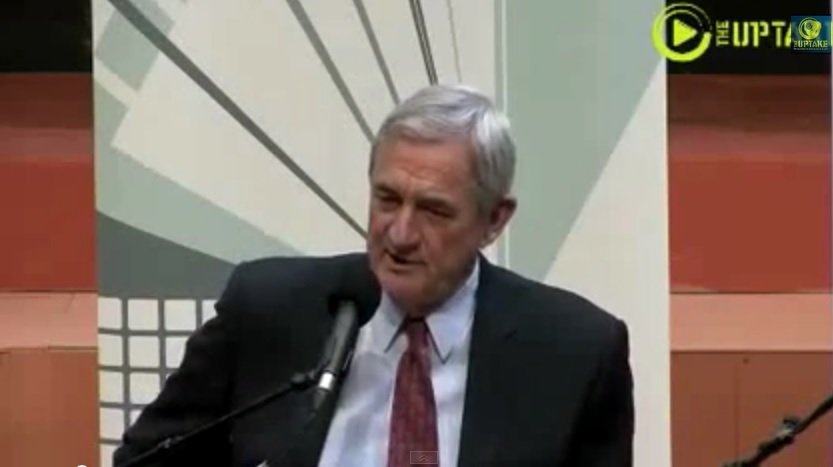 (Photo from video by The Uptake) Video below

Yesterday’s 8th Congressional District candidates debate in Duluth between Rep. Rick Nolan (DFL) and challengers Stewart Mills (GOP) and Ray Skip Sandman (Green) touched on several topics, including social security reformation, gun regulation and oil pipeline expansion. But the highlight of the debate was easily when Rep. Nolan used the word “turds” to help prove a point as he described just how bad Minnesota’s water quality used to be.

Rick Nolan: “I grew up in a time when the lakes and rivers were so polluted that they were catching on fire. The Mississippi River where we lived, why, you’d go down there in the spring and there’d be toilet paper, condoms and turds hanging on every branch. And that was the good stuff, that wasn’t the toxic stuff. And you had to haul drinking water into Duluth. Acid rain was destroying our forests and lakes. And everyone said well you gotta have jobs or environment, you can’t have both. But guess what? We went to work we proved we have the brains, we had the technology to do both. And to do both, we must.”

Watch the clip of Nolan’s water quality speech below, or watch the full debate here via The Uptake.