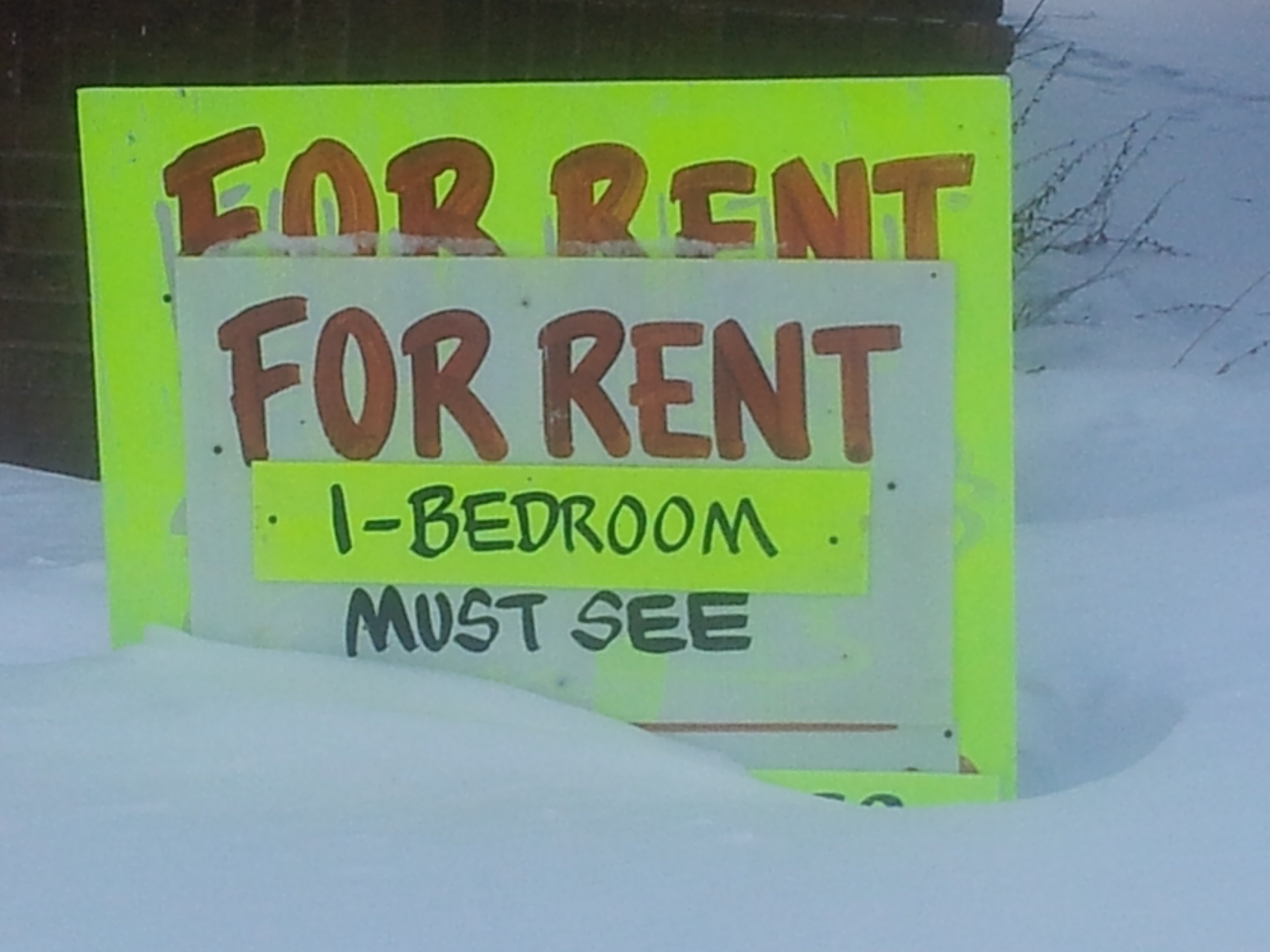 The Green Line’s opening is four months away, but the train has already brought rent increases for Frogtown renters.

Organizations working closely with Frogtown have been worried about rent increases for years, and recent data from HousingLink shows that these fears may be justified.

According to Minnesota Housing Link’s third quarter analysis, median rent listings for the “shadow market” in Frogtown — duplexes, condos, single-family housing, and townhomes — have risen remarkably in the last year. In 2011, the median rent was $807. In 2012 it rose to $850, and by 2013, the median rent had jumped to $995. Rent listings for multi-unit apartment buildings have remained unchanged.

The rent increase for duplexes, condos, single-family housing, and townhomes is particularly significant for Frogtown. According to the Minnesota Housing Preservation Project (MHPP)‘s Before the Train report, 43 percent of the housing in the Midway East area (which roughly corresponds to Frogtown) is single family or duplex housing. That is by far the highest percentage of single-family or duplex housing in any area along the Central Corridor. The Midway Central area has 22 percent, Midway West has 13 percent, and all other Central Corridor neighborhoods have 5 percent or less. 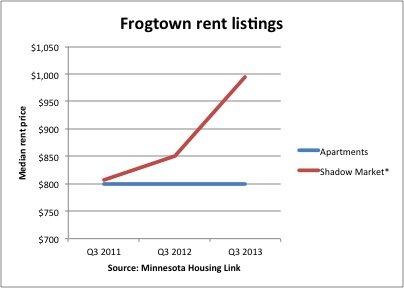 To keep the vibrancy and diversity of the Frogtown community, the Frogtown Neighborhood Association is already brainstorming possible ways to curb gentrification.

“[Our goal is] to make sure [Frogtown] looks just like it does today,” said Royce. “The people who live here… call it home, and they have a right to call it home.”

One possible solution is anti-displacement vouchers. The vouchers would help subsidize costs for renters, while letting homeowners reap the benefits of increasing prices.

“We don’t want to lose neighbors,” said Royce. “[Measures] need to be put in place to maintain the wonderful diversity we have in Frogtown.”

Laura Baenen, Communications Director for the Green Line, says that the Metropolitan Council is aware of the problem, and is committed to serving the residents of Frogtown—and keeping them in the area.

“We don’t want to build a line to have customers go away,” said Baenen. “The whole point of this line was to serve a transit dependent population and to get them to jobs.”

Though Royce and her colleagues believe that the coming Green Line is the cause of rent increases, Nancy Homans, Policy Director for Mayor Coleman, says that they shouldn’t jump to conclusions.

“I think it’s hard to establish that the cause of these rent increases is entirely due to the light rail,” said Homans. “I think that any kind of investment will increase the values of the properties around it.”

According to Homans, the City’s major plan to curb gentrification is The Big Picture Project, a plan to work together with non-profits to create affordable housing.

“We’re imagining rents will go up,” said Homans. “[The Big Picture Project] is our effort around producing and maintaining affordability along the Central Corridor.”

Cann believes that the City of Saint Paul has not made a sufficient effort to thwart gentrification. Cann says Saint Paul was presented with opportunities to provide affordable housing to residents along the Green Line, but passed them by. Now, Cann says, most of the housing on the Green Line will not be affordable to lower income residents.

“I think the city has largely ignored this issue,” said Cann.

Cann believes that change will be gradual. “I certainty think that gentrification is a long term threat to all the neighborhoods along the green line, but it’s probably not going to happen… on a scale where it’s really dramatic [and fast changing],” said Cann.

As the city looks toward an opening date for the light rail line on June 14, discussions continue on how to insure that the effects of the train are not detrimental to the residents who call Frogtown home.

CORRECTION 2/27: The name of the organization providing the rental price data is HousingLink, not Minnesota Housing Link.