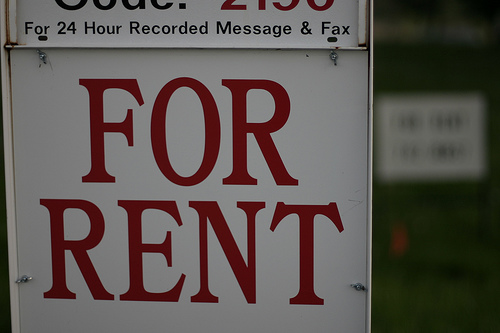 I remember paying $65 a month rent for one of my first apartments, which I shared with a 70-something-year-old nun named Sister Mary Edward. We also shared the apartment, involuntarily, with several very large rats, who did not pay rent, but enthusiastically gobbled up all the D-Con we could afford to feed them. I don’t know how much that Chicago apartment costs today, but shocking Minnesota rental figures just hit my in-box this week, courtesy of the Minnesota Housing Partnership.

A “safe, modest two-bedroom apartment” is probably a lot better than my 45-years-ago rat trap, with its 6×8 foot bedrooms and an on-again, off-again space heater in the living room. Then again — it should be. I wouldn’t wish that place on anyone, and especially not on anyone with kids.

On the other hand, my old Chicago apartment would at least have been affordable for a Minneapolis mom on welfare, who gets a cash grant of $437 if she has one child, an amount that has not been raised since 1986. No way can she afford “a safe, modest two-bedroom apartment” at $920, or anywhere near that number.

Let’s say she gets a minimum wage job, working a full 40-hour week — more hours than she can get at a lot of entry-level jobs. She still wouldn’t earn enough to pay the rent — just the rent, no food or clothes or transportation, just the rent. Twin Cities rents are a little higher than the average Minnesota rent of $836. MHP crunches the numbers to come up with this conclusion:

In Minnesota, the Fair Market Rent (FMR) for a two-bedroom apartment is $836. In order to afford this level of rent and utilities – without paying more than 30% of income on housing – a household must earn $2,786 monthly or $33,438 annually. Assuming a 40-hour work week, 52 weeks per year, this level of income translates into a Housing Wage of: $16.08

Most renters do not earn that much. The median household income (half above, half below) for Minnesota renters is “$29,311, which is equivalent to a single full time worker earning $14.09 per hour working 40 hours per week, all year round,” according to MHP.

So people end up paying half of their income, or more, for rent. That means less money for food, medicine, telephone, transportation, clothing, etc.

Conclusions? From the press release:

Kris Jacobs, of the JOBS NOW Coalition, said, “This report underscores the urgency of raising the minimum wage in Minnesota.  It is a tragedy that low-wage workers need to work 89 hours per week just to afford a place to live.”

Chip Halbach, Executive Director of Minnesota Housing Partnership added, “When housing is unaffordable to renters, stress and limited budgets take a toll on children and their families. Strategic investments in housing and homelessness programs by Minnesota lawmakers can minimize the harm caused by high and rising rents throughout the state.”

• Gentrification: Am I the problem?