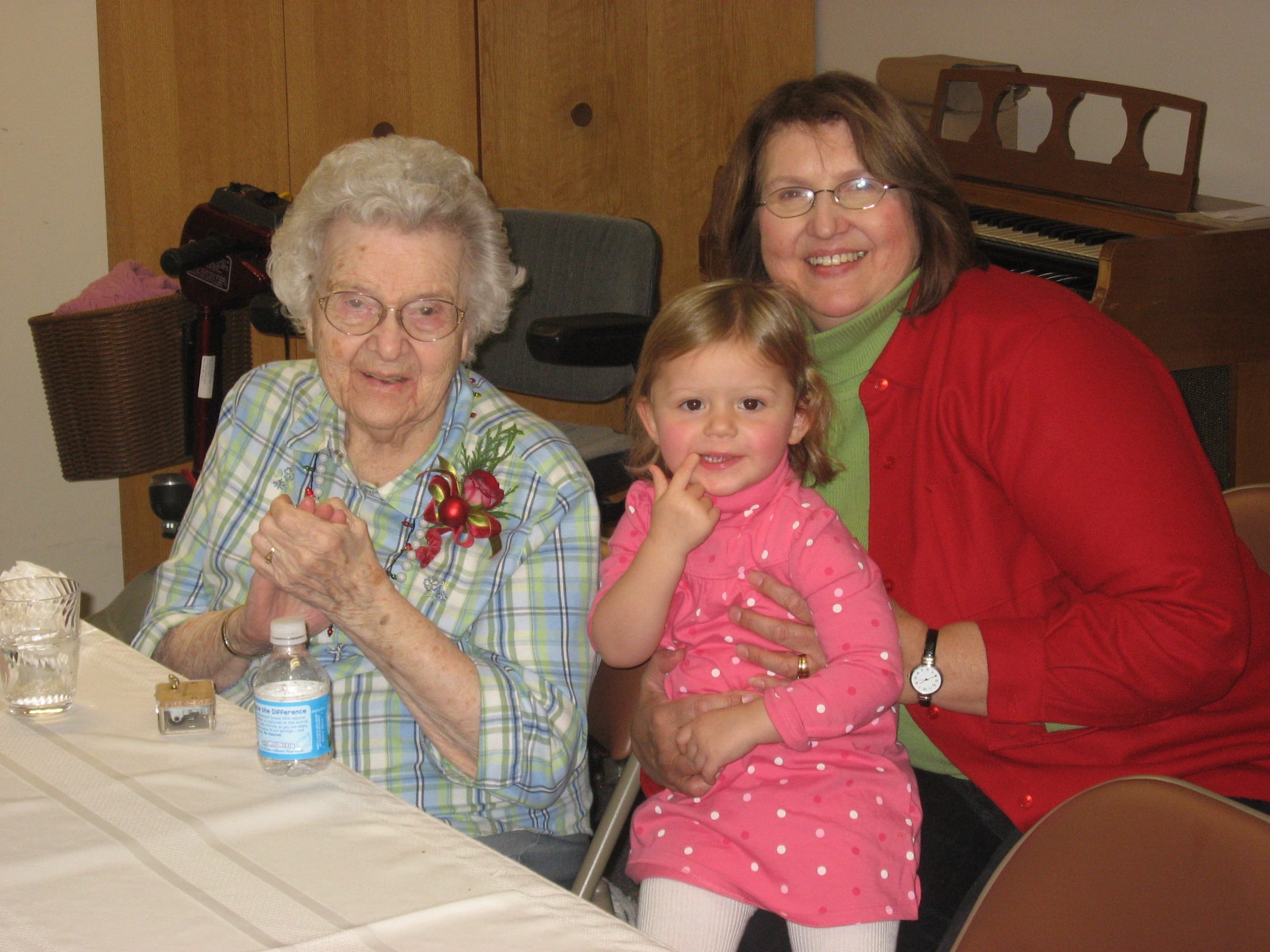 As the Bible and the Byrds say, “To every thing there is a season, a time for every purpose under heaven.” The baseball season ended the last week of October—the same week that my mother passed away after five months of medical setbacks. To me, the coincidence seemed fitting.

My love of baseball is really rooted in my childhood. My father was very involved with amateur baseball in Searles, Minnesota, which fielded a team in the Tomahawk league. My earliest memories of baseball are going to baseball games in Searles on Sunday afternoons. If you think the movie Field of Dreams was exaggerating about the corn fields, I can assure you it is not. There was the ball field and then there was corn. The kids would get the balls that were hit out of the park and turn them in at the concession stand for a dime. Parents were always afraid of the littlest kids getting lost in the corn so the home run balls were left for the tallest and the fastest.

If we were not at a ball game on a Sunday we would be visiting family or friends. The visit always consisted of the kids playing ball and then everyone sitting for an early dinner in order to get home in time to milk the cows. Our farm had a backstop and home plate on one side of the driveway and the rest of the field was across the road. Everyone played, even the youngest kids.  When we were too small to swing a bat we would sit on the ground and hit the ball with the bat as it was rolled to us.

My dad died when I was 10. During the last years of his life when he was too sick to play baseball, he was the Searles scorekeeper. One of my last memories of him is my mom bundling him up and driving us all to Searles to watch the game. He was too sick at that time to even get out of the car, but he wanted to be there. 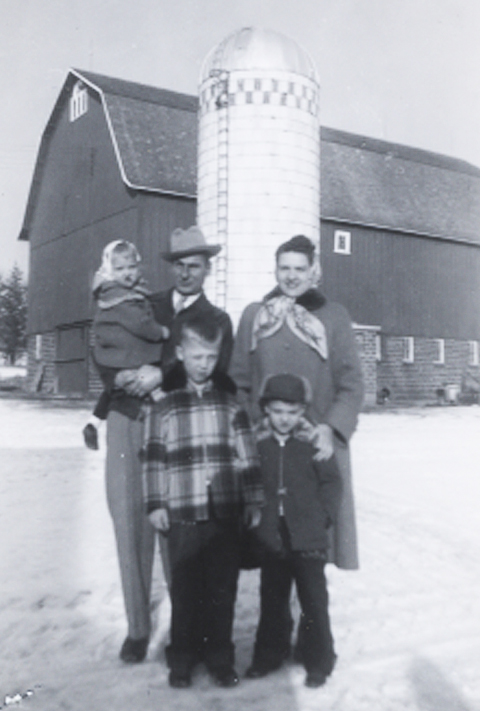 My mom was then left to raise six kids by herself. My youngest brother was born two months after my dad died. We stayed on the farm for two years with the help of my grandparents, then we moved into New Ulm and my mom worked part time at Wilfahrt’s Ace Hardware. Baseball was still important for us: Twins games were on the radio, my brothers were playing town ball, and once or twice every year we would drive to the Twin Cities to go to a Twins game.

I think it was comforting for all of us to have that constant in our lives. Even though our lives had been turned upside down, there was still baseball to be shared and followed. Even after I moved away from home, my mom and I would always talk about the Twins. Once she moved to assisted living I would print out the broadcast schedule and mail it to her so she could keep track of games. Each spring I would send an e-mail to KNUJ, the affiliate radio station that broadcasts the Twins games in New Ulm. I would ask them which spring schedule games they were going to air and pass that on to my Mom as well. She would then make sure that all of the other residents had the schedules too. Each fall I would send my Mom two Homer Hankies: one for her and one for the guy who brought deliveries to her. He was also a fan and appreciated this.

At my mom’s funeral it was mentioned several times that she always rooted for the underdog. With respect to baseball, she would always say that only one team can win, and today might not be our turn. So for me, losing does not take away from the fun of the game. I follow baseball just for the love of the game, and have passed this love on to my children. I thank Mom for that gift.

A few days before my mom died, my brother was sitting with her watching one of the Major League playoff games even though the Twins had already been eliminated. When Mom found out who was playing, she said, “But I would rather watch the Twins.” Yes, Mom, so would we. For the Twins there will be another season, and I know my mom and my dad will be watching and sharing the game with all of us. 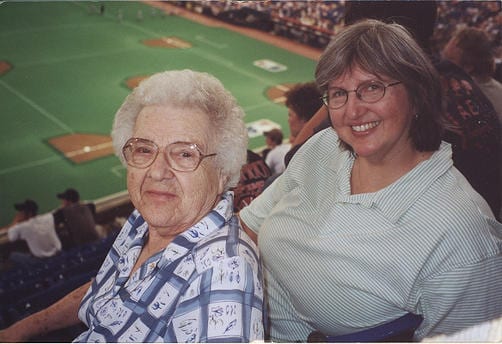 Top: With my mom and my granddaughter. Middle: With my parents and two oldest brothers on the family farm. Bottom: With my mother, watching the Twins play at the Metrodome.