Yesterday afternoon I went to a farewell gathering for Lois Swenson, a lady I hardly knew, but who I knew well through numerous intersecting ‘circles’ of relationships with others. Lois was unknown to me, but well known through others….

That hundreds of people would pack a suburban church on a pleasant Sunday afternoon was a testimonial to Lois’ place in the hearts of those who knew her. 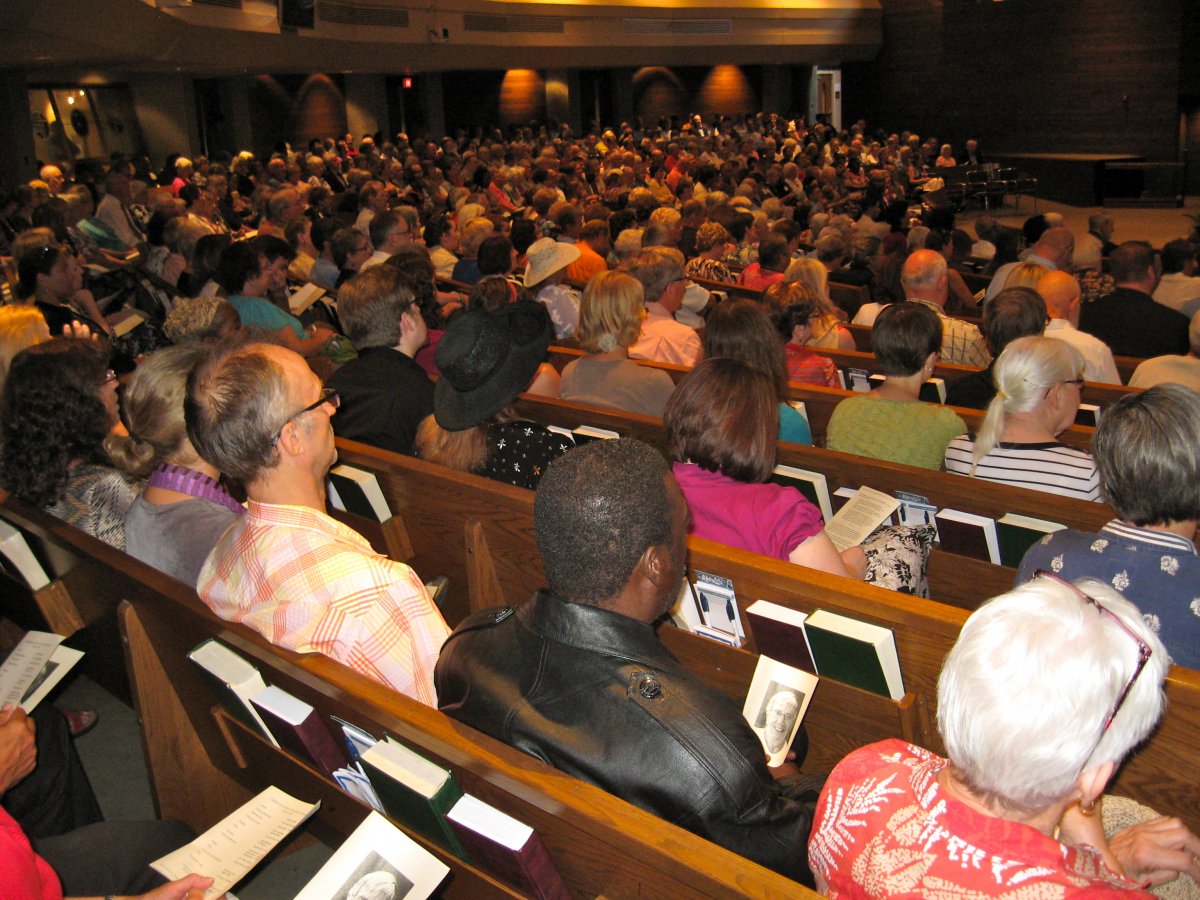 There is no need to describe Lois and how it was we happened to gather yesterday. All of the information can be found here. The program booklet is here: Lois Swenson001

She was by all accounts a remarkable lady: one who made a difference by being engaged in the world in which she lived.

I thought of an e-mail I had received from a friend in one of my own circles the day previous to the service. It is here, and I think Lois and her friends would enjoy the five minutes of people dancing around the world.

I was most struck by one comment by the Minister towards the end of the service. He noted that a reporter from WCCO-TV was there, with camera, and it wasn’t until the interview was taking place that the reporter connected the dots: that one of his/her elementary school teachers had been Ms. Swenson. It was an emotional moment for the reporter, the minister said, and I noted later that the short segment on WCCO’s evening news only had a piece of film showing those of us in the pews, without any reporter comments.

There are lots of ‘dots’ in all of our lives, and sometimes it is times like yesterday which connect those dots.

The service opened with a song, “Simple Gifts“, that seemed to completely describe Lois’ life.

Not in the program, but mentioned by one of the speakers, was the Peter, Paul and Mary anthem, “If I had a hammer“.

Lois well used her time, it certainly appears, and in so doing gave us all our own marching orders.

We need to expand and open our circles, outward, beyond our own selves and comfort zones.