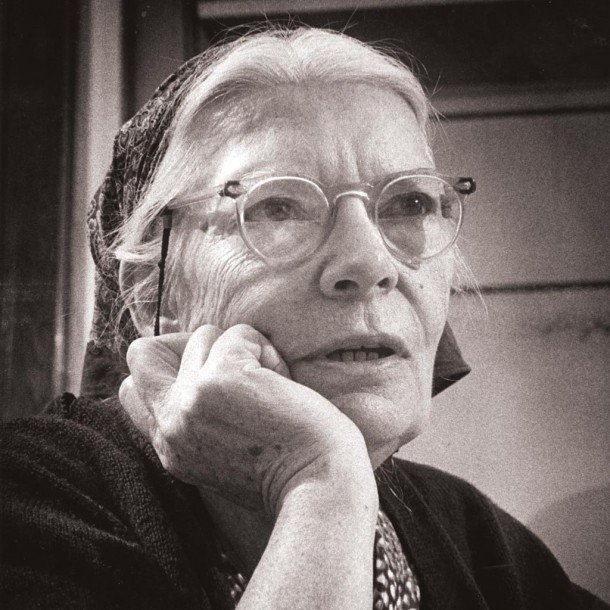 Dorothy Day and I go way back.

Granted, I never met her, but I can’t help but feel a connection after volunteering every third Saturday for the past twenty years at the Dorothy Day Center in downtown Saint Paul. I first went there on a lark, something to try once because I had just moved to the Twin Cities and wanted to meet new people. I never got around to stopping.

The Dorothy Day Center is a refuge in the city, a place where people can get hot meals, shelter, mental health services, and medical care. I work with a team from Immanuel Lutheran Church in Saint Paul that prepares the noon meal. Our menu never varies. Every third Saturday, we serve sloppy joes, beans and franks, hard-boiled eggs, cookies, bananas, and milk.

We typically attract 250 to 300 people, mostly men but some women and occasionally even children. Many are unemployed and homeless; others have mental or physical challenges. I’ve talked with people who live under bridges or camp among clumps of trees along the interstate.

They may be wearing hand-me-downs or pushing their belongings in shopping carts, but they never lose their sense of dignity. They want to be treated with respect and courtesy, just like anybody else. Dorothy Day would have expected no less.

But who exactly was Dorothy Day? Turns out, she doesn’t have much to do with Saint Paul and probably never set foot here.

Dorothy Day was a rabble-rouser. Born in Brooklyn in 1897, she was a critic of capitalism and a lifelong pacifist who opposed U.S. involvement in World War II. She cofounded the Catholic Worker Movement, which was committed to nonviolence, prayer, and serving the poor. She believed in civil disobedience and was jailed many times. Critics labeled her an anarchist and socialist; she called herself a “Christian personalist.”

Above all, Dorothy Day believed in the teachings of scripture and took a vow of poverty that she believed bound her to the poor, homeless, sick, and desperate.

She was a fierce woman who could be intimidating and stubborn at times. I know a woman who worked with Dorothy Day in New York back in the 1960s and said she was deathly afraid of her. Another volunteer who worked with Day described her as a tall woman who looked as if she had been carved with an axe.

You wouldn’t disagree with that description if you saw the giant black-and-white portrait of her that overlooks the lunchroom at the Dorothy Day Center in Saint Paul. She has a stern, no-nonsense look that seems to be saying, “Eat your peas or I’ll box your ears.” Her face would be right at home on Mount Rushmore.

She made plenty of enemies during her remarkable life, but she accomplished much and never let anyone get in the way of her goals. She was a champion of the poor and wasn’t afraid to fight for them. We could use a few more Dorothy Days today.