New Orleans families have had a turbulent time of things these past few years. Shortly before Hurricane Katrina, New Orleans was put into a Recovery School District by the state of Louisiana, opening the doors to more school choice and competition. After the hurricane killed or displaced many of the poorest families in the city, reformers doubled down on the competitive choice model and claimed victory when test scores seemed to rise. They were less upfront about the change in student demographics. Since then, the PR campaign on behalf of New Orleans-style reform has been relentless.

This is not to say that some students aren’t in better schools than they were before. Some are, while others are in worse schools. The entire district, such as it is, has been turned into a maze of educational options, with the burden shifted to families to figure out what to do for their children.

One of the major cheerleaders for this approach is Neerav Kingsland, CEO of New Schools for New Orleans, and a recent guest blogger on the “Rick Hess Straight Up” blog at Education Week. Kingsland laid out a three part series of posts arguing that something called “Relinquishment” may be inevitable.

What is Relinquishment? Basically, New Orleans on a large scale. Families navigating a wide range of options (conceivably public and private), with government providing “regulation” in the form of tests, consequences, and, one hopes, health and safety checks.

There’s a similar system in place in a different city, but one which doesn’t get the same PR buzz. The original Relinquishment city: Milwaukee. Milwaukee, where over twenty years of vouchers, and over fifteen years of charter schools and in-district open enrollment has resulted in three systems nearly indistinguishable in their mediocrity, with a couple of standouts per system. 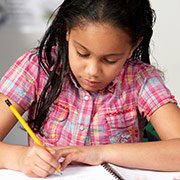 One reason why competitive school choice, now known as Relinquishment, hasn’t fufilled its designers’ hopes is that it doesn’t help anyone build the capacity they need to get the job done. This was explained on the same blog the week before Kingsland’s posts by a different guest blogger, Jal Mehta of Harvard’s Graduate School of Education. Mehta, skeptical of Relinquishment, distinguished between “thin” theories of school change (e.g. No Child Left Behind, alternative certification, and competitive choice) and “thick” theories of change that emphasize building professional knowledge, strengthening human capital, and improving organizational processes in schools.

We’d do much better to focus on “thick” solutions than hands-free approaches like Relinquishment. Empowering families means giving them power, not abandoning them to the labyrinth.