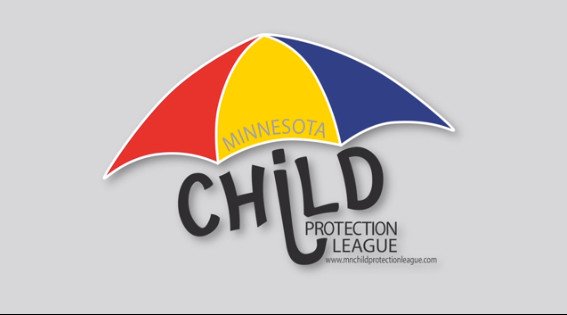 “Children are following the pied piper of perversion,” says Barb Anderson, the leader of a group opposed to Minnesota’s anti-bullying bill.

The Minnesota Child Protection League is steadfastly against the Safe and Supportive Minnesota Schools Act, a bill poised to pass the Minnesota Legislature in 2014. The bill’s advocates say it would strengthen the state’s anti-bullying laws so why is a group with “child protection” in the name opposed to stronger anti-bullying laws? Because the group is composed of conservative Christian activists opposed to LGBT rights.

Founded in August 2013 and led by Barb Anderson and members of Education Liberty Watch, the group has been touring the state at churches and Tea Party meetings, giving a presentation that is factually suspect and contains false stereotypes about LGBT people. At these meetings, they are rubbing elbows with Republican officials and candidates.

For a glance of what MCPL is teaching Tea Party members, Republican groups, and homeschoolers, Anderson’s presentation at the Southwest Metro Tea Party on Nov. 18 was videotaped and posted online.

“Well, let me tell you that more sexual misinformation will be coming to a school near you under the banner of bullying prevention disguised an inclusive curriculum,” Anderson told the Tea Party activists.

“Gov. Dayton’s deceptively named Safe and Supportive Minnesota Schools Act House File 826 contains language that will bring in classroom curriculum materials and training that is intended to shape the cultural attitudes of your children and grandchildren regarding human sexuality and it will mold the political and moral views of your children,” said Anderson. “The national campaign against bullying is nothing more than a deceptive ploy that will use the power of the state to contain — to obtain more control over our lives through daily school operations.”

She called the late-Prof. Alfred Kinsey a pedophile and said, “This was massive child abuse
at the hand of this monster” (Kinsey studied child sexual abuse but there’s no proof he ever abused children), and claimed he was a “promiscuous homosexual” and “father of the homosexual movement” (Kinsey identified as bisexual). She said that the homosexual movement, NAMBLA, and comprehensive sex-ed were spawned from Kinsey’s work. She bases much of her information from Dr. Judith Reisman, a conservative activist who blames the LGBT community for the rise of the Nazi’s in pre-war Germany, and that homosexuals are recruiting children.

“Tonight, I want you to be informed and learn why you need to be involved in what’s going on because this may be coming to your school very soon if this bill passes,” Anderson continued. “In our society where children are being sexualized, homosexuality normalized, and the list of genders has grown from two to LGBTQQIA and that is lesbian, gay, bisexual, transgender, queer, questioning, intersex, asexual and counting, HF826 contains language that will usher in another sexual revolution, sexual anarchy, unrestricted sexuality to love whoever you want — polyamory — and its going to force its acceptance on all of us. You see a heavy hand is coming down from the federal government, Health and Human Services, under the guise of bullying prevention.”

One of Anderson’s biggest problems with the bill is the support for Gay-Straight Alliances. 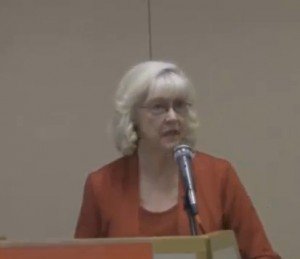 “When HF 268 says foster student collaborations, the governor’s task force makes it clear that these are Gay-Straight Alliances, homosexual clubs for kids. Students are encouraged to experiment, to discover their sexual orientation, and students are trained to be political activists and to be lobbyists down at the capitol for gay rights. Gay clubs are already in many middle schools and high schools. They are in ours and now they are looking to move these down into the elementary classrooms. Confidentiality is the rule then children become disconnected from their parents.”

Then she insinuates that the GSAs are tools for gay men to prey on children.

“[The GSAs] connect kids with a gay drop-in center called District 202 down in Minneapolis. It’s just a name, not a school district. Here boys, young boys, are paired up with adult homosexuals to be their mentors. Any red flags here? This is endangering the lives of vulnerable children. These could be children in your neighborhood your schools.”

Anderson seems unaware that District 202 closed 5 years ago and was merged with The Family Partnership’s GLBT-Kids: Abuse Intervention Program.

Next Anderson made a startling claim.

“The LGBTQQIA will soon be adding the letter P for ‘pedophile’ because they have now declared themselves a sexual orientation, that they’re born that way and don’t they have a right to their sexual desires? The sexual desires of adult are trumping the wellbeing of children.”

“The transgender movement under the label of gender identity and expression which, is the language in this bill, is sweeping across the nation and into our schools at an accelerated pace. The phrase boys will be boys can now mean boys will be girls. This is warped thinking that defies biology medical facts and common sense. The gender identity and expression is a politically biased, fabricated term. It includes transgender and cross-dressing. The medically correct term is gender identity disorder. Why is there more protection for this one disorder while excluding other disorders like attention deficit disorder, obsessive compulsive disorder, anorexia, bulimia, and asperger’s syndrome — this is just to name a few? And the children in these categories they are more likely to be bullied than the other students.”

Contrary to Anderson’s claim, a clear reading of the he bill, HF826, shows that those children are protected at the same level as gender-nonconforming students. Despite the MCPL’s claims, the bill is not only a LGBT bill, but also includes disability, academic status, and physical appearance among many others. It also specifically says the bill “is not limited” to those characteristics. The bill reads, in part:

Intimidating, threatening, abusive, or harassing conduct may involve, but is not limited to, conduct that is directed at a student or students based on a person’s actual or perceived race, ethnicity, color, creed, religion, national origin, immigration status, sex, age, marital status, familial status, socioeconomic status, physical appearance, sexual orientation, gender identity and expression, academic status, disability, or status with regard to public assistance, age, or any additional characteristic defined in chapter 363A.

“Some unstable students are introduced to this bizarre notion of fluid gender and are led to go through dangerous hormone treatments or irreversible surgeries where their bodies are mutilated. I mean this is just the ultimate in child abuse.”But the experts disagree. Recent studies have shown that gender nonconforming children experience poorer outcomes, particularly abuse or condemnation by parents who are trying to make the child fit into a the perceived social role of the child’s biological sex.

“Teens with persistent GID experience a high degree of psychiatric comorbidities, including depression, suicidal ideation and attempted suicide,” the UCSF Benioff Children’s Hospital notes from its research. The hospital has a gender center for youth. “But studies show that these conditions can be mitigated by familial acceptance and understanding.”

“Children should have time to explore the various genders and gender roles before making a decision for a permanent change,” Prof. Walter J. Meyer III of the University of Texas recently wrote in the journal Pediatrics.

As Anderson has been giving this presentation throughout the metro at Tea Party events and churches, she and MCPL have been rubbing shoulders with Republican candidates and elected officials.

State Rep. Cindy Pugh gave a compelling introduction and conclusion to Anderson’s speech, which you can view here:

In addition to her speech at the Southwest Metro Tea Party, Anderson spoke on Oct. 10 at the North Metro Tea Party, and as Bluestem Prairie’s Sally Jo Sorensen notes, several prominent Republicans were in attendance.

State Sen. Michelle Benson, Hennepin County Commissioner Jeff Johnson (who is also running for governor), Phil Krinkie who is running for Michele Bachmann’s old seat, and former state Sen. Ted Lillie were all there, according to reports of the meeting on Facebook.

Anderson was back for a second round at the North Metro Tea Party on Nov. 14. She was the first speaker. Failed gubernatorial candidate Tom Emmer (he’s also running for Bachmann’s seat) followed her on stage.

On Oct. 28, Anderson and Renee Doyle presented “Corrupting the Minds of Children with Sexualized Curriculum and Bullying” at Crossroads Evangelical Covenant Church in Forest Lake. They were speaking in front of the HERO homeschool group.

Doyle recently appeared on the Christian radio station KKMS to warn parents about the bill.

[Audio of the interview with Doyle at bottom]

“This bill just absolutely is the hypersexualization and the exploitation of children do to something that just doesn’t have anything to do with bullying,” she said. “It doesn’t do anything to counter bullying in fact it just empowers bullies.”

Doyle hit home the message that the Safe Schools bill was really just intended as a way to make kids more vulnerable to sexual predators.

“We have to remember that this isn’t just the homosexual community. This is the complete hypersexualization just of kids in general so they can be victimized by whomever and that’s the ultimate result. I was asking a clinical psychologist the other day, ‘what happens when you put this kind of material day in day out in front of kids they have to act it out they have to look at it they have to listen to it, what happens then?’ the outcome is mental illness for these kids.”

Minnpost reporter Cyndy Brucato attended a MCPL meeting At a Republican Seniors of Minnesota in Bloomington.

“We just legalized a new definition of marriage and now they have to normalize it. How are they going to normalize it when those of us who have religion …. and are teaching our kids to follow a natural, normal order of things, how are they going to normalize it?
“They are going to have to normalize it through the school system,” she told the group. “That same-sex marriage bill was just the precursor for what they really want. These students will be using a curriculum that is sexually explicit, morally offensive and physically unsafe.
“This is a bureaucratic takeover of indoctrination of our kids through sex education, remedial education and forms of discipline, tearing down the moral fabric of what we’re raising our children to be and become. This is the animal that they couldn’t wait to get out of the cage.”

At another Tea Party meeting, this time in the North Metro, MCPL representative Susan Richardson gave a spiel against the safe schools bill. “First they were coming for your guns, now they are coming for your kids,” she said.

The group has also released a video that calls the anti-bullying legislation a “threatening bill” and says it is “harmful to children and a threat to children” all to the soundtrack of Priscilla Ahn’s “Dream.”

It says that “children will be subjected to sexually explicit curriculum that is used to desensitize their minds with regard to sexual diversity, sexual orientation and gender identity,” the video states. “The material is shocking, morally offensive and physically unsafe. We have evidence that the material already being taught in many of Minnesota’s schools meets the FBI standards for what pedophiles show children to break down their defenses in the name of anti-bullying. HF826 will flood the classroom with much more.”

The video then shows pictures from a book called, “What is Normal?” which is used on some sex education classes.

But the bill doesn’t mention sex education or otherwise speak to the content of health classes. TheColu.mn couldn’t find evidence that’s its in widespread use in Minnesota public schools, though it is used in St. Paul Public Schools health classes, according to MCPL.

The bill has already passed the Minnesota House and awaits a hearing in the Minnesota Senate when the legislature convenes in February. In late December, the MCPL registered Stacy Peason as a lobbyist.