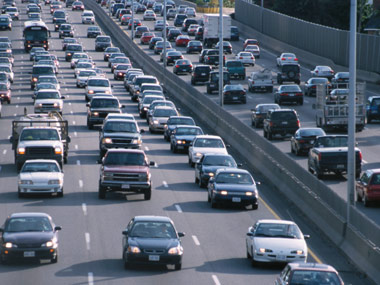 Take Woodbury, for example. The growing city of 63,000 is within 10 miles of job centers in St. Paul and Maplewood, but has no bus service in the afternoons, evenings or on weekends. Without alternatives to driving, 150,000 vehicles a day clog Interstate Hwy. 94 in the Gateway Corridor from the St. Croix River to downtown St. Paul.

Since 2009, however, officials of Ramsey and Washington counties and cities comprising the Gateway Corridor Commission have been looking for ways out of this autocentric monoculture. In March, they eliminated one option, commuter rail along existing freight tracks, as too expensive at $1.3 billion and too short of ridership. This month they chose bus rapid transit (BRT) as their top priority solution, triggering further cost, operational and environmental analysis. Light rail will be a backup alternative in the new studies.

“I’m neither for or against light rail, but I am for the most cost-effective transit option,” Lake Elmo Mayor Dean Johnston told Finance and Commerce in September. “Right now light rail isn’t one of them.”

That’s because light rail along I-94 would cost about $1 billion to build, while BRT comes in at half the price or less. But light rail is projected to draw 10,000 riders a day compared with around 6,000 for BRT. There’s plenty of time to sort this all out: The earliest planned opening of Gateway Corridor transit is in 2022.

BRT provides much of the comfort, speed and convenience of light rail, with sleek buses running all day on dedicated pavement between limited station stops. It’s the transit mode being built along two Dakota County corridors into Bloomington and Minneapolis.

Washington County’s spread-out, late-20th century development pattern is similar to Dakota’s. BRT there got federal backing as part of a broad traffic improvement project from the southern suburbs to downtown Minneapolis, including changes to I-35W and Cedar Avenue.

Transit for the 21st century along I-94 or Hudson Road makes the same kind of sense, especially given projections of a near-30 percent increase in population along the Gateway Corridor by 2030. Already, traffic on I-94 in the corridor exceeds its design capacity. The Gateway project will compete for state and federal funding with several other high-quality transit proposals in the Twin Cities. After a public comment period through November, the commission plans to launch an environmental impact study required for federal help.