Payday loans are short-term, high-interest loans that require full payback, usually on the date of the borrower’s next paycheck. Lenders typically charge flat fees that equate to annual percentage rates (APR) ranging from 391% to 1,170%.

A handful of payday lending companies have discovered an unintended loophole in Minnesota’s law that allows rates that are not only shockingly usurious, but are designed to trap people into repeat borrowing and growing indebtedness.

Minnesota Department of Commerce data indicate the typical payday borrower takes an average of 10 loans per year, often spending substantially more on interest than on the original principal. Payday lending is exploding. Between 2007 and 2011, the number of Minnesota payday loans nearly doubled, from 172,000 to 338,000.

In 2012, Minneapolis alone accounted for over $8.6 million of payday loans, at costs of 400% APR and higher. Surprisingly, the typical payday borrower is not using this type of loan for a short bridge to solve a financial emergency. Rather, 69% of borrowers take out their first payday loan to meet ordinary expenses like rent or groceries. The debt-trap is set, and borrowing continues again and again to pay off the loan coming due. 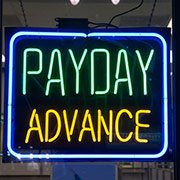 Minnesota’s largest faith communities, who value equitable treatment of those with the least means and who abhor exploitation of those experiencing financial hardship, have agreed that the current regulatory structure regarding payday lending is unacceptable. Though financially stressed Minnesotans need access to small-amount credit, allowing predatory loans at usurious rates by those who evade the law and encourage borrowers to dig themselves deeper into debt is simply unconscionable.

The Joint Religious Legislative Coalition (JRLC), comprised of Catholic, Protestant, Jewish and Islamic faith communities, will be pushing for legislative reforms in the 2014 session. Possible avenues include:

Brian A. Rusche is the executive director of the Joint Religious Legislative Coalition.