When asked to explain structural racism, there are few historical examples that more effectively illustrate the concept than redlining.

Redlining, for those unfamiliar, was a set of housing policies beginning in the 1930s in which federal agencies and private banks labeled neighborhoods based on perceived credit risk. Not coincidentally, the neighborhoods identified as “declining” or otherwise risky were predominantly nonwhite neighborhoods.

Under that system, new suburban developments with restrictive covenants limiting homeownership to white residents were identified as good investments, and mortgage applications in those neighborhoods were treated more favorably, while loans were consistently denied in neighborhoods labeled “declining” (and typically outlined in red on maps, hence the term “redlining”). In the day-to-day, mundane world of banks, these maps meant bankers didn’t have to deny loans based on race to discriminate. They could deny loans based on neighborhood geography, with very much the same effect. For that reason, the Civil Rights Act of 1968 banned the practice of redlining.

Unfortunately, according to a study released last week by the Institute on Metropolitan Opportunity, redlining is alive and well in the Twin Cities. Despite a clear legal prohibition against it, private banks in the Twin Cities have been consistently lending more readily and on fairer terms to white borrowers, and to borrowers for loans on properties in predominantly white neighborhoods.

“In fact,” the study notes, “very high income blacks were 3.8 times more likely to receive subprime loans for home purchases than very low income whites…” Following the crash of the subprime lending bubble, banks that had been targeting racially diverse neighborhoods for subprime loans became reluctant to lend in those neighborhoods at all. “Even middle and high income households,” the study tells us, “were much more likely to be denied loans in predominantly nonwhite areas.” 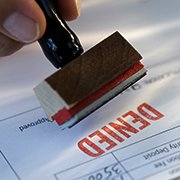 In other words, the banks that hold the responsibility for deciding who gets access to capital are continuing to produce similar outcomes to what Congress attempted to fix in 1968. The importance of these racially biased outcomes cannot be overstated.

For multiple generations in our country, white families with the same household income have been given the opportunity to own property, earn equity, pass it on to their families, and build wealth over generations. Black families, on the other hand, have either been denied access to home loans or given subprime loans that are set up for failure. Even for black families that manage to get stable loans and build equity in their own home, the pattern of geographic discrimination against predominantly nonwhite neighborhoods leaves vacant homes and neglected properties that lower the property value for the whole neighborhood.

Somebody should pay for these inequities. The study notes that Wells Fargo bears the largest share of responsibility in the Twin Cities market, representing over a quarter of the lending shortfall in predominantly nonwhite neighborhoods from 2009-2012. Community groups ISAIAH and Neighborhoods Organizing for Change have raised the possibility that the city of Minneapolis could sue (as Baltimore and Memphis already have) to recover the damages redlining by Wells Fargo and other banks has inflicted on our city. That might be a good place to start.