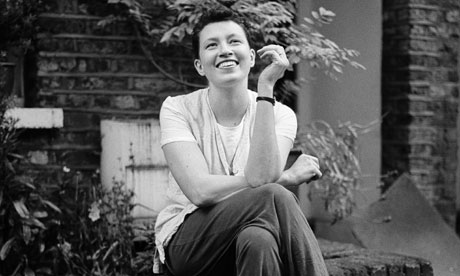 John and I moved last weekend. It was a long, tough two days. We schlepped a bunch of heavy items across town only to discard them. A couch, for instance…. Somehow we lost all my underwear. But we also found random relics from the past, which always happens when you move. A shirt I hadn’t seen in two years, a report my 22-year-old did in fourth grade, and a folder of clippings.

When I was first starting out, a freelance journalist who wanted to be a known writer some day, I used to collect magazine and newspaper articles that inspired me. Standing amid boxes and stacked-up dishes this past Sunday, I opened the folder and began to read a piece from the London Observer, June 1997.

You’re 32, a-stone-and-a-half overweight, depressed by the stains on the sofa and have never come to terms with having piggy eyes, but, still, life is pretty great: You’ve got a husband who can make squid ink pasta and has all his own hair, your 1-year-old twins are sleeping through the night and, as for your career … well, you might be interviewing George Clooney next week.

And that lump in your left breast, the one you noticed after you stopped breastfeeding last summer? In the squid-ink-and-Clooney filled scheme of things, the hospital would smile and tell you not to worry, it was the harmless fibro-adenoma they’d found in 1994. But this is the fat, stained, piggy-eyed parallel world of illness, and your lump, I’m sorry to say, is actually cancer. Or should we say lumps, because, oops, it’s spread to the lymph nodes under your arm and in your neck, which means it’s stage three cancer and you’ve a 50:50 chance of living five years.

I consider myself at 31, reading this. It’s possible I was struck only by the parallel: This woman was almost exactly my age. She was a journalist, too—albeit far more [George Clooney] successful. My God, she, too, stayed up nights obsessing about the stains on her sofa! This, more than anything, established our bond.

But it’s likely, too, that I was looking at the craft of the piece. The author used the second person voice (“you” and “your”) to distance herself from a very personal crisis. Then she used the first person (“I” and “we”) to interrupt and deliver information and commentary. It was very skillfully done.

She went on to talk about her jealousy and bitterness, how she didn’t feel sorry for postmenopausal women with breast cancer because “fiftysomething isn’t a bad crack at life.” She was brutally honest, not always likable but riveting. I stood in my new, disassembled kitchen reading the entire piece then pulled up Google on my phone and typed in the name: Ruth Picardie. She died in September of ’97, about four months after her fat, stained, piggy-eyed column appeared.

I don’t believe any part of me was recalling this woman as I wrote about my ballsy, prickly, honest heroine—exactly ten years older but with the same hormone-receptive cancer—in The Forever Marriage. But I held on to that column for a reason: I was compelled by Picardie’s plight, attitude and tone.

It turns out Picardie began writing about cancer at the request of her sister, Justine, an editor at the Observer. She completed only five pieces of a series before she became too sick to write. After her death, Ruth’s husband and sister compiled these columns plus a stack of Ruth’s letters and emails into a book called Before I Say Goodbye. That sounds like a terrible idea, I know. Such a book could be maudlin and messy, but it’s not. Each piece is trenchant and provides a piece of the story. There is, for instance, her correspondence with an HIV-positive friend:

“Wouldn’t it be great if they discovered all either of us needs is sunshine, holidays, good food, getting away from it all and S.L.E.E.P.?” the man, Jamie, asks. Ruth responds by telling Jamie that “it feels good” to have a friend who is just as sick as she.

The final drama in the story of Ruth Picardie occurred just this past winter, 14 years after she died. The doctor who failed to diagnose and treat her properly—allowing a young, virulent cancer to spread unchecked for two years—was struck from the medical register in London, for incompetence resulting in more than 30 complaints and at least two patients’ deaths.

Why do we tell stories? Because people trundle around the earth with our words clipped out of newspapers or saved on desktops or simply lodged in their minds. Two days ago, fully 15 years after Ruth Picardie’s death at 33, I stopped everything to read her. Even pressed by the urgency of a new home in shambles and movers-on-the-clock, her writing stopped me. However brief, she made great work of her crack at life.