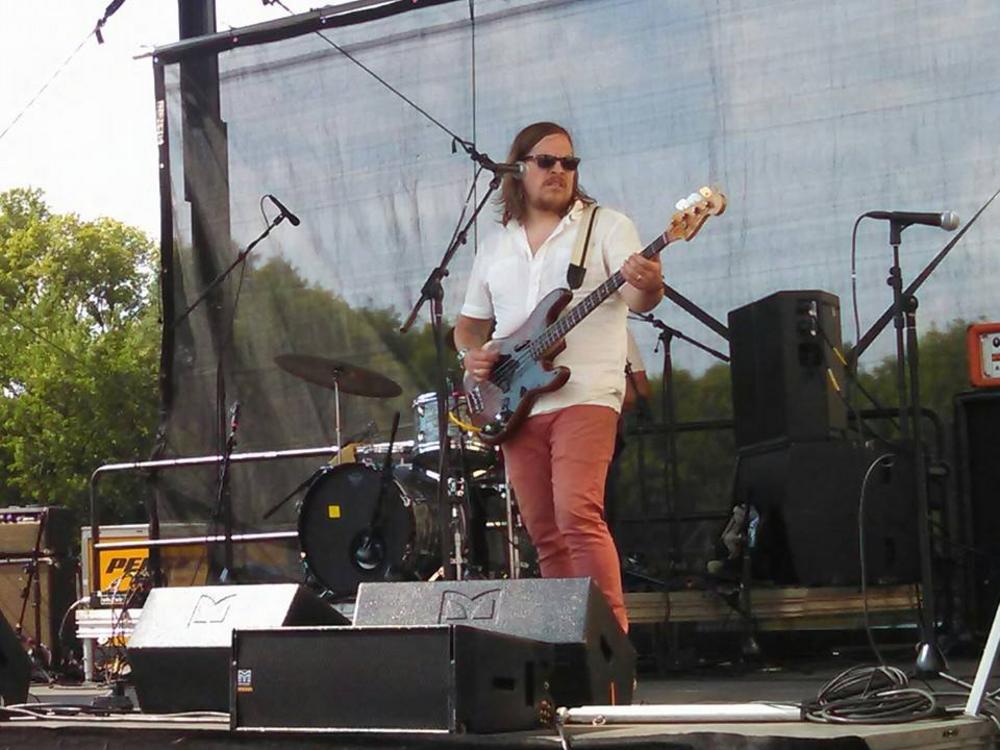 I think it was about 100 degrees in the shade on Sunday for the Red Stag Block Party. Except there was almost no shade. But it’s summer so that’s to be expected and enjoyed!

The beer looked good and a big part of the day was voting for your favorites in the beer smackdown. The idea was for eight local breweries to form four teams to create four beers and for attendees to vote on their favorites. A fun idea – although, and maybe my age is showing, drinking beer in the heat was more commitment than I was willing to make. (Also my date was 10 years old, which also impacts daytime drinking.) When we left The 13th Task, a golden ale created by Fulton Beer and Dangerous Man Brewing had a pretty comfortable lead.

The beer wasn’t the only attraction; there were some fantastic hip hop dancers (Epitome No Question) and a great lineup of local musicians: Romantica, Frankie Lee, Alpha Consumer, Shiro Dame, ELnO and Sonny Knight & the Lakers. Summer festivals are a great opportunity to see new bands and one thing I like about a lot of the local festivals is that they get a few genres on the stage, which is an easy way to introduce bands to new audiences. The new band (new to us) we liked most was the band we came specifically to see – Alpha Consumer.

Alpha Consumer plays the music you wanted to play in a band when you were a kid. They started with a slowed down cool version of Cherry Bomb. Nice! Then moved onto a song that I’m pretty sure was called I Can’t Wait to See You Again Stepsister. I also heard a rocking intro based on Home on the Range. It’s tough to label the music. There’s some staccato New Wave, boy band sound akin the Oneders (That Thing You Do), serious guitar riffs, lyrics that get a little Prince-esque and everything in between.

Band members include Jeremy Ylvisaker, JT Bates and Michael Lewis. Among them they have played with just about everyone in the Twin Cities. Together there is just something very high school band about them – not that it’s immature or amateur more because the range is ambitious in a why-can’t-we way. And they seem to be having so much fun on stage. And because I went to high school when music in Minnesota was very good!