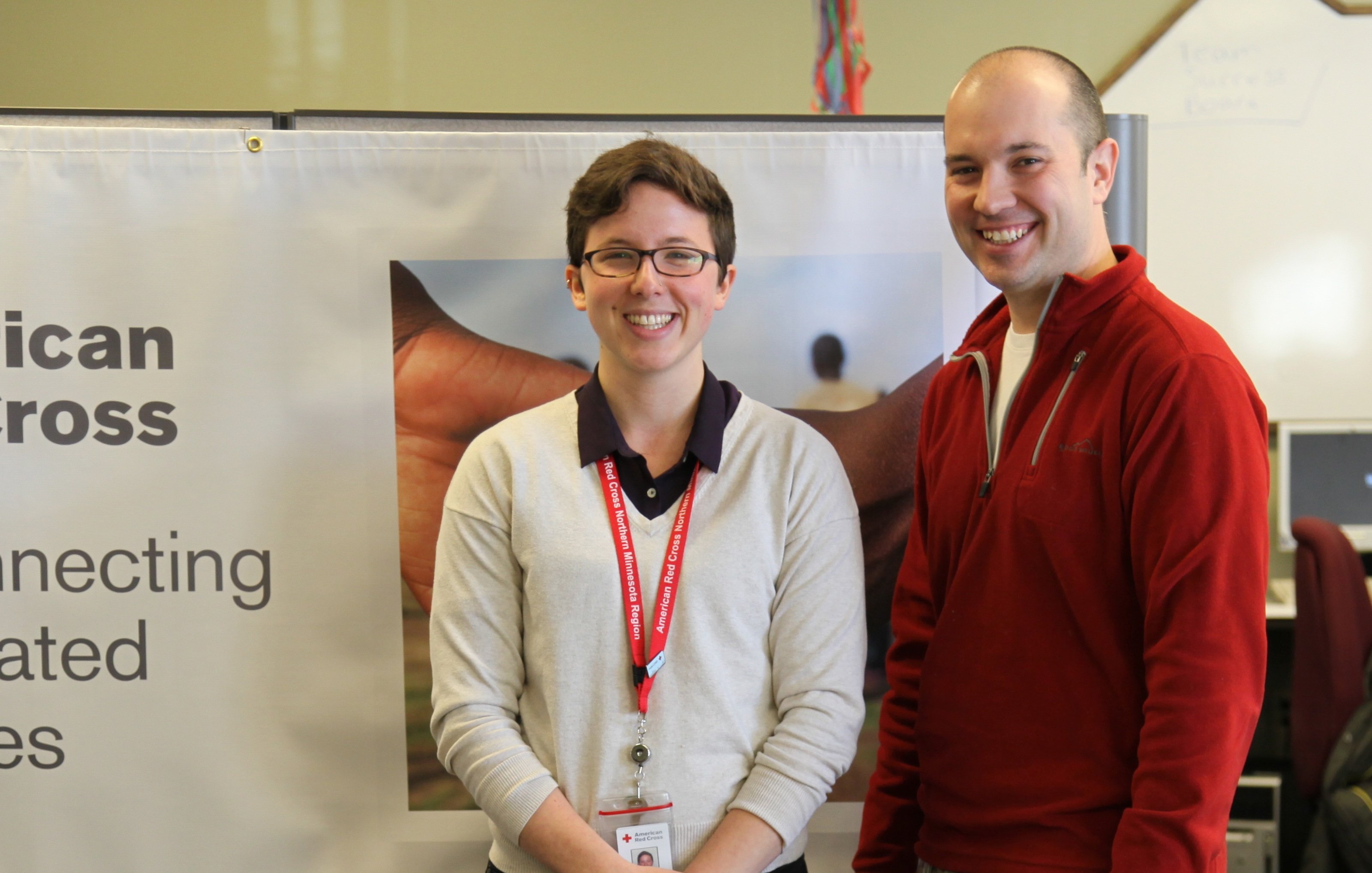 Since the 1980s, more than 95,000 refugees have resettled in Minnesota. Sometimes during the resettlement process, only one family member is selected and the rest of the family has to stay behind. Jason Viana, Preparedness and International Services Manager at the Northern Minnesota Region of the American Red Cross, says that this leads to many refugees becoming separated from their families.

To help people find their families, The American Red Cross offers a free service called Restoring Family Links. The program is designed to help someone reconnect with their family across international lines after a conflict, disaster or humanitarian situation has separated them. Since the American Red Cross is just one of 189 national Red Cross or Red Crescent societies around the world, the organization has a vast number of channels that they can use to help reunite families. Restoring Family Links offers several ways to help reconnect families. They offer tracing services, messaging services, and will also conduct health and welfare checks on a member of someone’s family.

When someone contacts the Northern Minnesota Region of the Red Cross, Viana or a member his staff will meet that person and get as much information as possible about the situation. They document where the family member had been living, the last point of contact from that person, and any possible places that the family member might currently be living. Once all of that information is collected, an inquiry is passed along the network of international channels. From the local chapter here in Minnesota, to the national headquarters of the American Red Cross in Washington, D.C. , on to the International Committee of the Red Cross in Geneva, Switzerland, and then to the other nations’ national headquarters until the inquiry is given to the local chapter in the area where that family member might be located.

Last year, Viana and his staff worked on about 80 cases. The Minnesota chapter is one of the top ten chapters in the country in terms of volume.

“We have one of the more active programs but it’s something that people can forget about because it affects such a small part of the population,” he said. Most of the inquiries that his chapter receives come from overseas, from family members who are searching for their loved ones here in Minnesota. Some of the countries that they see the most inquiries coming from are Somalia, Iraq, Eritrea, Liberia, Bhutan, and Burma.

“We have a lot of different populations here (in the Twin Cities) and because of that we are definitely an active chapter. Anytime you have a large group of refugees you are going to have a large, active chapter,” he said.

Once the Red Cross receives permission from the person requesting the search, they will contact refugee resettlement agencies in the area to see if they have record of that person being settled in the area. Or, they might hang flyers with the individual’s name and the contact info for the local Red Cross chapter. Viana said that they usually don’t know a lot about the circumstances surrounding a person, but that they always request permission to reach out to other organizations, the media, or government agencies regarding a particular search.

“We talk through that with them to make sure. If you are concerned about their well-being, don’t use the media. If you’re concerned that they are going to be endangered, we don’t want to bring attention and we keep it as private as you want it to,” he said.

Requests for certificates of detention, mostly from members of the Iraqi community here in Minnesota, are also common. “Many of the people that have been resettled, now that there’s a stable government in Iraq, they can return home and receive benefits if you can prove you were detained or you had to leave the country,” he said. Since the International Committee of the Red Cross is one organization that has the right to meet with detainees anywhere in the world, they can also provide the necessary records to prove that they met with an individual while they were detained.

Viana said another goal is to do more outreach with the Iraqi population in the Twin Cities. He and his staff are currently working to organize an event at a mosque in Brooklyn Center where individuals could do an intake on site instead of having to travel to their offices in Minneapolis. “We’re trying to proactively make sure that our services are available in an accessible way for our clients,” he said.

Raising awareness about Restoring Family Links is a key goal for Viana in 2014 because he says the program doesn’t get a lot of attention. “We responded to almost 500 house fires last year and the number of people impacted by that were around 1200 or 1500. We’re dealing with 80. And it’s a very small pocket of the population so getting exposure for this can be a challenge,” he said.