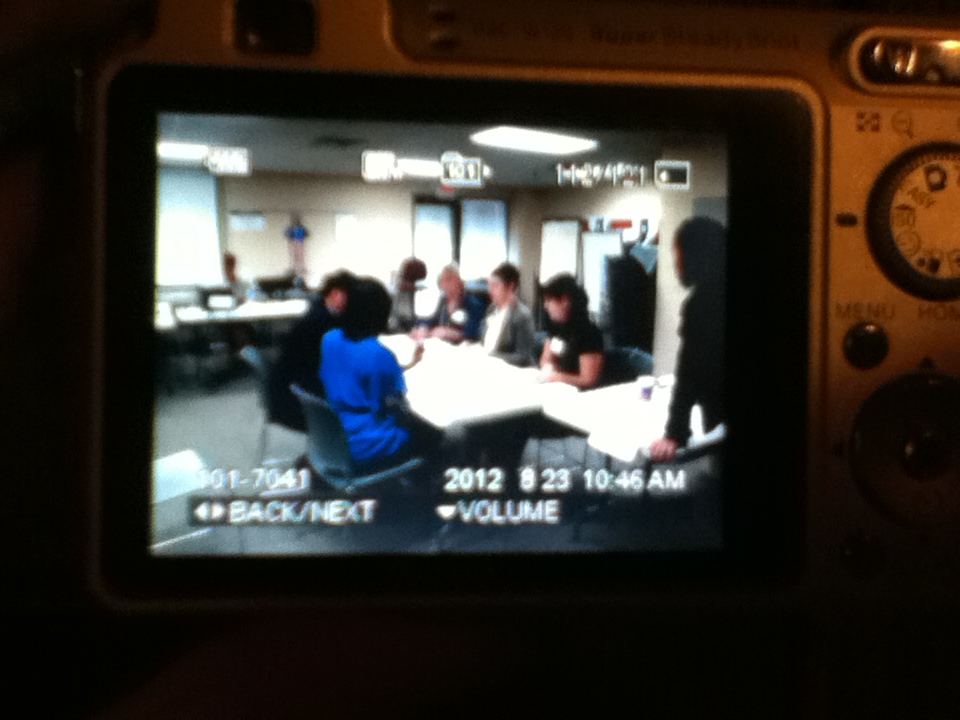 This morning I got my first taste of how an election recount is handled. Turns out the process is a cure for insomnia. To start, the rules were read so that everyone was clear on how the day would proceed. This was an administrative recount only, and would be limited to whether ballots were counted properly for each candidate. Voter eligibility or possible campaign violations would not be considered at this event. Since no one apparently contested the election results, the recount is expected to be the final tally for the DFL primary and Dehn will emerge as the winner.

Amid my criticism of how the final days of the election played out, I said that the time would come when we unite as a party and as a community and move forward. For those of us voting on the DFL ticket at least, that time is now.

The chance for the recount being overturned were slim–the vast majority of ballots were counted correctly the first time. For the ballots that weren’t, those would very likely be statistically representative of the election as a whole. So once the rules were explained, we got to the actual ballot counting itself, which was sort of like watching someone else check out a library book but less exciting because it took all day. Even though the observers’ area was full, hardly anyone spoke. The ballot counters announced each ward and precinct, ceremoniously unsealed the ballots, and counted away. Actual challenges to the ballots were quite rare, but did happen once while I was present…

DEHN SUPPORTER: This voter clearly marked the oval next to Raymond Dehn.

COLE SUPPORTER: I contest this ballot! I’m looking at it and I see a vote for Terra Cole.

ELECTION JUDGE: In my unbiased opinion, that is a bug, not a vote for either candidate.

COLE SUPPORTER: So that’s one vote for Terra Cole…

DEHN SUPPORTER: …and one vote for Raymond Dehn.

And so on. Or did I daydream that part? In any case, throughout the day, only four ballots were contested. The result of those contested ballots was that Dehn netted one additional vote. His final margin of victory will be by twenty votes. A slim margin, but one that has been double-checked and should stand. While there are substantive criticisms over the final days of the primary, I believe the time has come to separate those actions from the vote in November. We had three very qualified candidates in 59B, and each of them would serve the district well. However slim the margin, Dehn is the DFL-endorsed candidate, and should get the support that comes with such a victory.

What we should not do, however, is forget what led us to this point. Minneapolis Democrats for Truth deserves to be fully investigated for possible campaign violations. Whether that will happen or not is unknown, but I strongly advocate for a full audit of their activities and those of AFSCME and MAPE in this campaign. If those actions aren’t brought to light, we should remember that Christopher Stinson and Vicki Moore were behind the smear tactic. Moving forward, any respectable campaign should distance themselves from people who have proven themselves capable of such despicable actions.

While I still contend their actions border on or may well be illegal, there is little doubt that they were disingenuous and that the perpetrators are unwilling to stand behind their claims. If Minneapolis Democrats for Truth cared even a little about a healthy debate–even one that included the kinds of allegations made against Alexander–they would have raised the issues much earlier, giving everyone a chance to respond, and then defended their position. For those of us who truly care about our community, it’s less about tallying up wins and losses for any particular candidate, and more about reaching a well-reasoned decision on who will best serve us as an elected official. That’s what Minneapolis Democrats for Truth took away from 59B this year, and that’s why I have been so incensed.

Finally, I can’t help but wonder what this campaign would have looked like if we’d had a different way of selecting our candidate. I haven’t been a big proponent of instant runoff voting for general elections, as I believe there should be some way to narrow down the field of candidates. Voters need to be able to learn about a small field of those vying for office, and IRV in the general election does nothing to separate the viable people from the perennial also-rans.

But if we had IRV in a primary, how might that have affected the outcome? Well just about every single Ian Alexander supporter would have likely voted for Terra Cole as their second choice in response to the mailings and phone calls that came in at the end. The unions and other hastily-formed front groups would have anticipated such backlash and just maybe we could have had a cleaner campaign.

For now however, the dust has settled and it’s time for DFLers to support Dehn in November.

Apologies for the terrible photo of a photo. I am still unpacking and cannot for the life of me find the cord for my camera. Actual recount photos to be uploaded as soon as possible. (Photo by Jeff Skrenes)