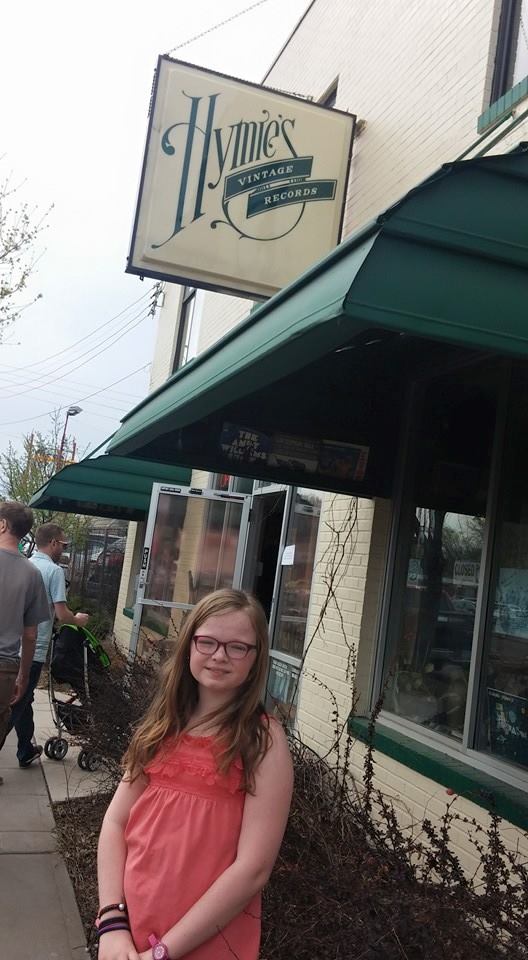 Saturday, April 19 was Record Store Day. My favorite 10 year old and I made our second annual pilgrimage to as many shops as we could visit in St Paul and Minneapolis. 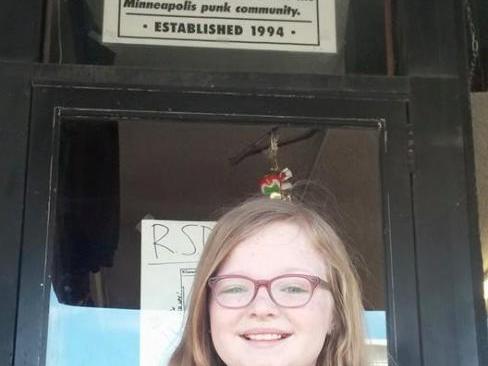 We started at Extreme Noise Records on Lake Street. We rushed to get there at noon to see Grant Hart. We got there a little late and heard a young hard core band instead. For better or for worse I learned from the very young gentlemen next to us that we hadn’t missed him; he hadn’t played yet. That being said these are the same two I overheard say, “I don’t think this is him,” while listening to the young woman on stage. I assured them it wasn’t him. I enjoyed the band; too loud for my 10 year old date. 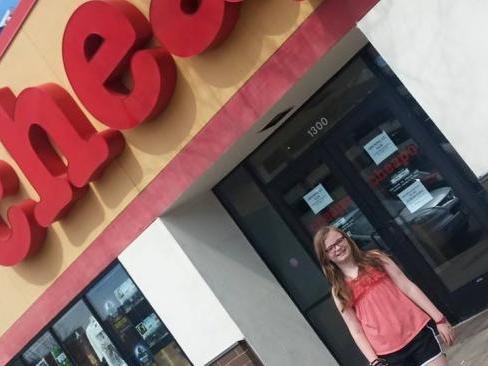 Next on the agenda, Cheapo Records on Lake Street. This was more of a walk-by as we were headed to lunch at Stella’s. It was good to see the place full; Cheapo has been a tried and true place for recorded music for decades, although I’m much better acquainted with the St Paul location. Best album I ever got there? The Hawaiian Pups. 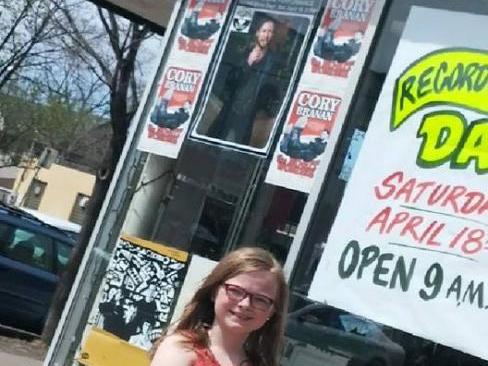 Moving off Lake Street, we made our third stop at Treehouse Records. My 10 year old spent most of her time rolling her eyes here as I said—I remember that show—at all of their posters. They do a good job stocking local bands. Although our highlight was the Shel Silverstein tribute album; not local obviously but a great record. 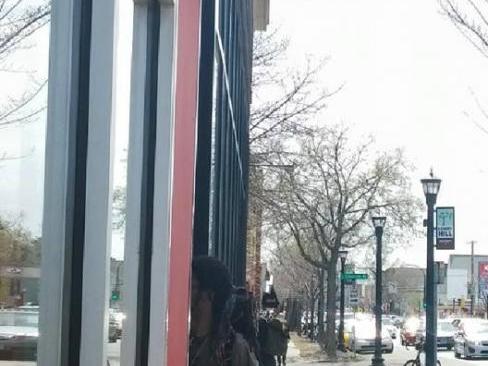 Just a few blocks away we made our fifth stop at Fifth Element Records. I am always impressed with how friendly they are there, despite the fact that we can’t be their target demographic. Along with recorded music, they stock a lot of Rhymesayers t-shirts and hoodies. They also have some toy break dancers like army-man-type figures. I’m putting that on my birthday list for June! 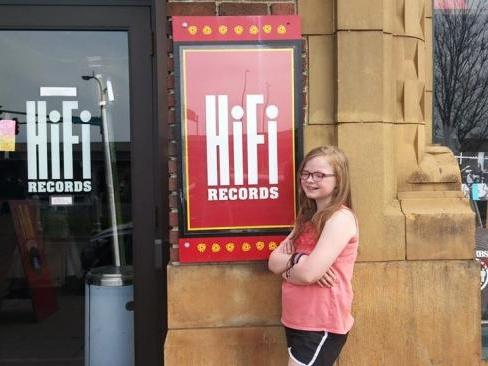 HiFi Records was number six on our tour. We came through the back alley and were welcomed by a band in that great back hall they have. It was comforting to hear The Replacements on in the shop and my date got a gluten-free, vegan donut from Totally Baked Donuts. Meeting the donut sop owner (aka Donut Fairy) was worth the price of admission. And I heard the donut was very good. Next year, I might make time to get my hair cut there as well. Talk about a one-stop-shop. 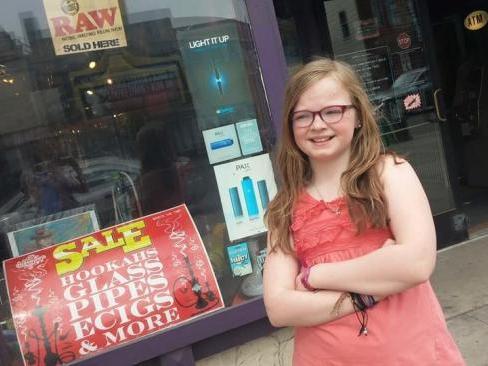 Number six and a half on our tour was a failed attempt to visit No Name Records. Turns out they moved and never told Google maps. Now it’s just a drug paraphernalia shop. We didn’t stay long. 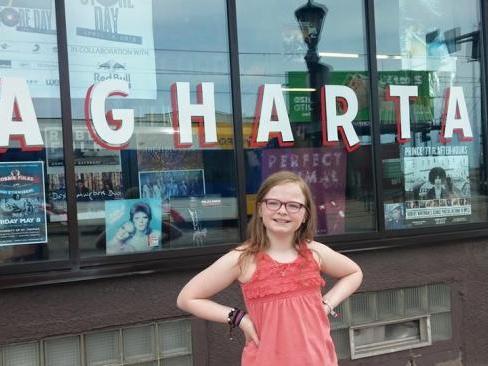 Number seven was a total bonus; we passed Agharta Records on University headed to St Paul and popped in. It’s a great location. They have a fantastic collection of records. It looks like they had a few turntables for sale too. (They may have just been on display.) 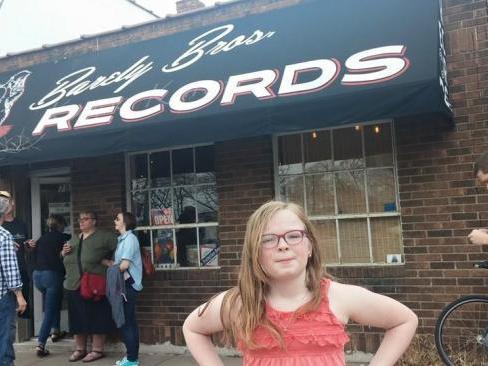 Deeper into St Paul, by blocks, we visited Barley Brothers Records as number seven on our journey. It’s on Raymond. They had a band playing and folks were hanging out in back. The audience had clearly been hanging out in record shops for 20-30 years so folks were pretty comfortable. They had a nice collection of posters for upcoming shows, which I always like to see. 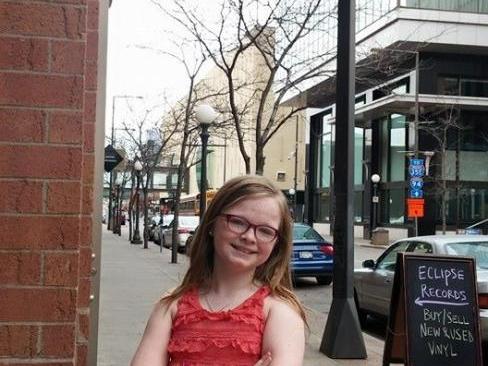 To get to number eight we hopped on 94 and raced to downtown St Paul to visit Eclipse. They also have a nice selection of records. We caught Pink Mink’s Christy Hunt as DJ. I was able to show off the favorite album of my youth, the Great Rock and Roll Swindle. My date was not impressed. She was, however, impressed with Eclipse’s neighbor, Candyland, where we stopped for some rock candy and gummi bears. 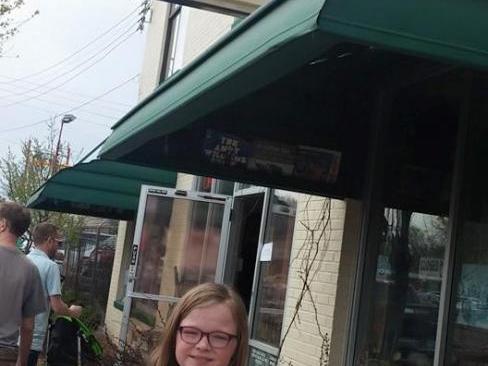 Number nine could also count as number eleven as at least one of us returned to the scene of the crime later but two of us visited Hymie’s Vintage Records just in time to catch Chastity Brown play a few songs. It was packed and she sounded great. Hymie’s always does a nice job setting up a whole block party for Record Store Day. The weather could not have been better. Hymie’s RSD block party might replace Grand Old Day for official first day of summer this year. 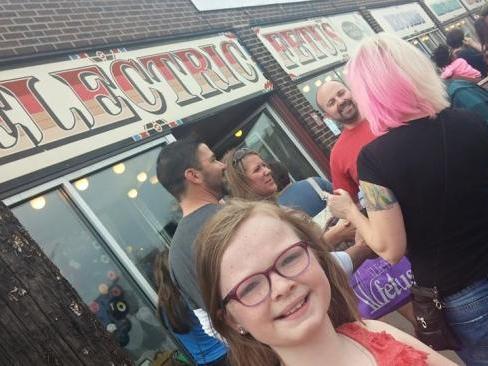 Finally our last stop was the Electric Fetus, one of our favorite music shops in town. We were just in time to see Erik Koskinen and Frankie Lee—both celebrating recent releases. We just missed They Might Be Giants, which clearly drew a big crowd. My date was sad when she realized TMBGs sang both the Malcolm in the Middle and Big Bang theme songs – but was consoled to see hometown favorites. We ended the day buying our third copy of Jeremy Messersmith’s Heart Murmurs (we over-listen and wear them out), a new release by Imelda May and received Koskinen’s CD as a fun present from a friend.