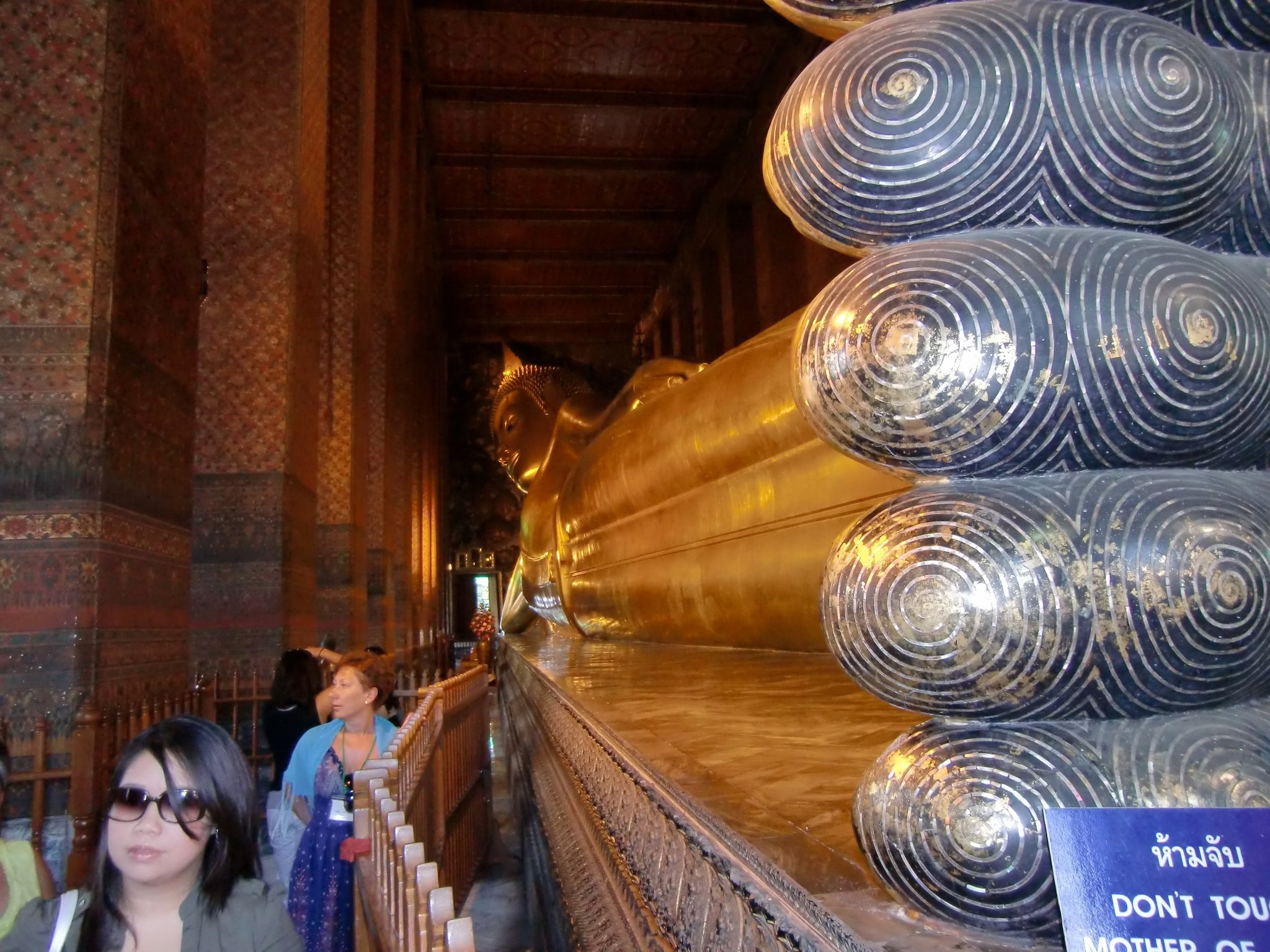 A few days ago, I made a trip to Wat Po, a huge complex of Buddhist temples, stupas and learning halls attached to the Royal Palace in the center of Bangkok. I was there not to gain enlightenment, however, but a Thai massage. In the end, I got some of both.

Wat Po is a busy tourist destination, crowded with farangs, or Westerners, even in the sweltering heat of the long tropical summer. The massages there cost about twice as much as they do elsewhere. Even so, they are still cheap by American standards — about $14 for an hour. And since Wat Po is home to Thailand’s leading Thai massage school, you can be sure that your therapist will know what he or she is doing, which is not always the case with other practitioners.

After the massage, feeling loose and with some time to kill, I decided to revisit the temple that holds Thailand’s largest statue of the Reclining Buddha. But before I ever got to see the Buddha,  I witnessed the most disturbing — and infuriating thing — I have seen so far while in this country.

Clinging to the railing halfway up the side stairs to the temple entrance was a little farang girl of perhaps three years old. As is usual in Bangkok at this time of the year, the weather was hot and extremely humid. There is also absolutely nothing at Wat Po that might interest a young child. Lots of things for grownups to see, but not kids. As I climbed the steps the little girl gave me a look of utter misery.

When I glanced around to see where her parents might be I spotted her mother, a woman in her mid-thirties with a cross expression on her face. Half turned away from the little girl, she scowled back over her shoulder. “Au revoir, Gabrielle!” she taunted. “Au revoir,” she repeated, making as if to leave Gabrielle behind.

Gabrielle looked up me, eyes welling, lip quivering. I turned to glare at the woman.

That’s when I witnessed it.

A few feet beyond the woman, her husband was standing with the couple’s son, who looked to be about the same age as Gabrielle, perhaps her twin. I didn’t hear what the little boy was saying, but whatever it was, it ticked off the old man. Without warning he leaned over and slapped the child across the cheek. When the boy let out a howl his pére raised his hand as if to hit him again.

I couldn’t help myself. “Hey!” I bellowed.

My intervention had the desired effect. The man pretended not to hear, but did lower his hand. The little boy continued to simper. Gabrielle rose disconsolately and began the long trip down the steps to join maman.

I remained rooted to the spot, staring in disbelief as the couple shuffled off around another temple, the children in tow.

Really?!! I thought. Really?!! You take a couple of small children to a place like Wat Po and get bent out of shape because they’re spoiling your tour? Then you hit one of them in plain view of a Buddhist temple, of all places?!! I mean, the Buddha was no Father of the Year — he abandoned his wife and son to take up a life of meditation and teaching – but surely, he ranks right up there alongside Jesus as an all-time champion of non-violence.

And, on top of that, you lash out at your kid in a country where not only are you guests but where the “natives” seem to have a genuine fondness for children, their own and others.

And then I had another, even darker thought.

Why is it, I wondered, so many of us Westerners feel entitled to take out our frustrations on those too small and weak to defend themselves?

And how far does that sense of entitlement go in explaining the role the West has played — and continues to play — in a world engulfed in violence?

— Photo of the Reclining Buddha by Rich Broderick