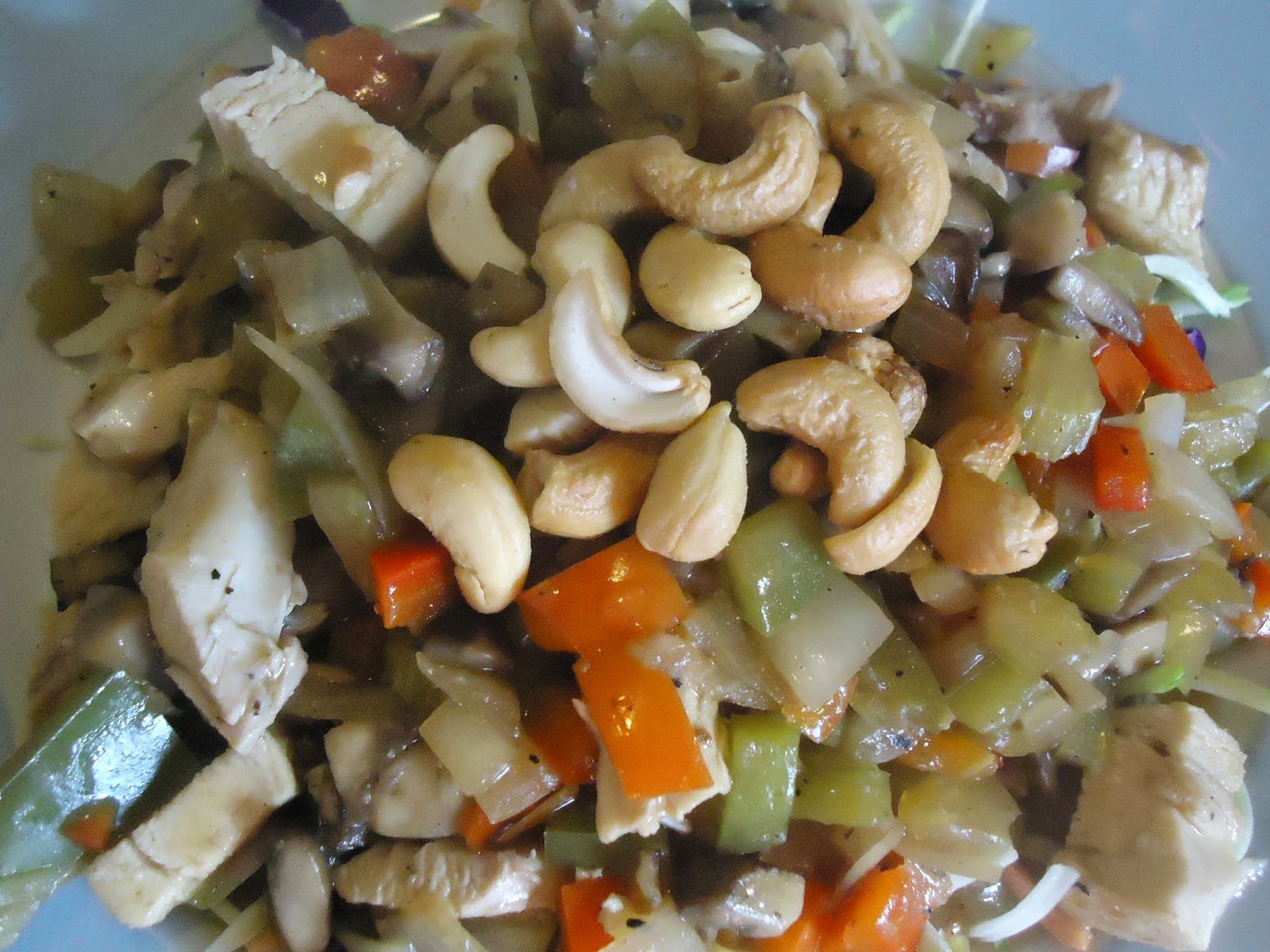 As a kid I assumed that the foods my family enjoyed were authentic interpretations of how the rest of the world ate. When my mom made chow mein, I speckled the top of my supper with lots of salty cashews and imagined kids in China eating the same dish for their dinners. I had no clue that in Minnesota our chow mein is more hotdish than “fried noodles” (the translation of chow mein). In fact, even the idea of hotdish is a Midwest spin on casserole. Although many will argue with me, I define hotdish as a casserole to which condensed soup is usually added.

Minnesota chow mein is a stew of celery, peppers, mushrooms, ground beef and chopped pork or chicken, bound together with a corn starch-thickened stock. We generally agree that white rice is the correct starch to eat with our chow mein, and most of us top the plate with cashews and crunchy rice noodles. Recipes I’ve found in old church and community cookbooks haven’t changed much over the decades.

My great-great uncle was a pastor at the Swedish Tabernacle in Minneapolis (the building situated across the street from the nurse dormitory at HCMC, formerly the Swedish Hospital) and I’ve got a copy of a cookbook that came from the parish in 1936, “Friendship League’s Book of Tested Recipes.” In the cookbook are three recipes for chop suey and one for Merriam Park Chow Mein. As far as I can tell these recipes are pretty much interchangeable, although one of the chop suey recipes calls for an entire bottle of soy sauce.

My “Tested Recipes” cookbook belonged to my Great Aunt Hazel, who told me stories about spending Christmas Eve at her uncle’s church and dancing around a giant Christmas tree while singing Swedish hymns. When Aunt Hazel’s heart was failing she was ordered to begin a low salt diet. “No more chow mein,” she lamented. I drummed up a lowered-sodium chicken chow mein for her and stocked her freezer with individual servings.

At Called to the Table this week is my riff on Minnesota chow mein hotdish. Below is Betty Jane Anderson’s version from “Tested Recipes.”

Merriam Park Chow Mein
1 chicken, or left over meat
1 large stalk of celery
1 can of bean sprouts
1 can  of sub gum or 1 can of Chinese vegetables
1 can of mushrooms

Cut the celery into fine cross strips and place in a frying pan with plenty of butter. When half done, add the meat which has been cut into small pieces. Fry the meat and celery together until done. Then put them in a kettle and add all of the other ingredients and cook until well done. Season with Chinese molasses, choy sauce (walnut sauce), and salt and pepper. If too thin, thicken with corn starch or flour.                                        -Betty Jane Anderson