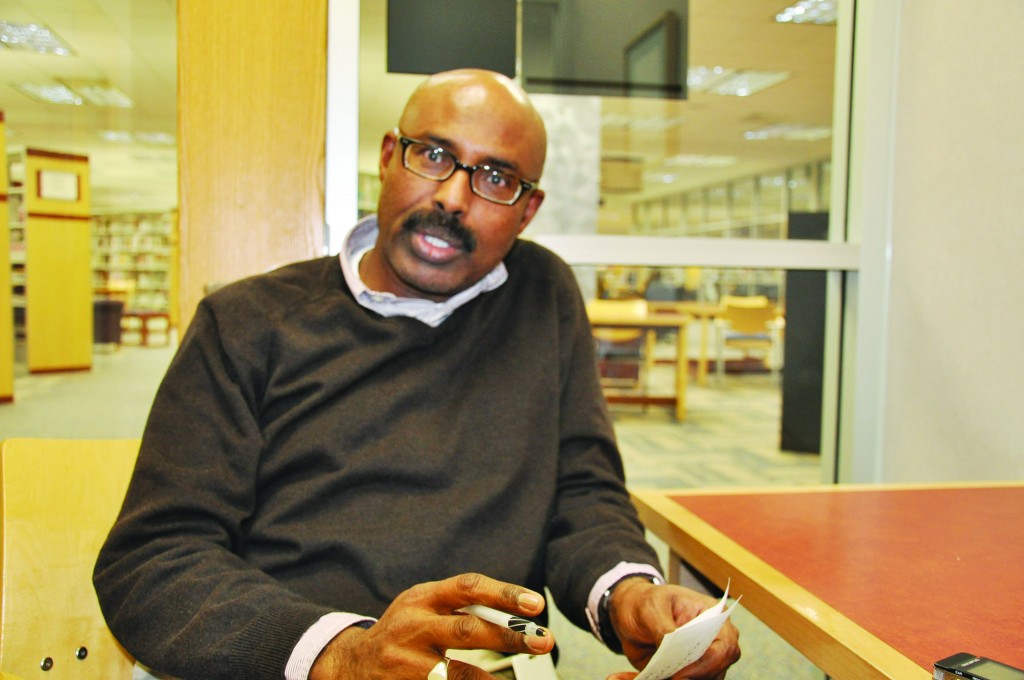 "It is no longer the days of the AK-47, where you have guns to overthrow government," according to at Hennepin County librarian Saad I. Samatar. "Now you have the bloggers, social media and Facebook."

As Libya erupts into political chaos, Sierra Leoneans and Liberians in the Twin Cities watch with disbelief but sympathized with Libyans. For many years, Libya’s leader Muammar el-Qaddafi (he prefers not to be called president) supported rebel movements and insurgencies in Africa.

As a friend to many African dictators, Qaddafi provided arms and military training to leaders who practice despotic rule. In the late 1980s and ’90s, Liberia and Sierra Leone were engulfed in separate rebel wars that claimed thousands of lives with thousands more people maimed.

Both countries blamed Libya for training rebel leaders Charles Taylor and Foday Sankoh respectively. Qaddafi, without any remorse or apologies to Liberians and Sierra Leoneans, instead donated food that never reached the people and sponsored mosques in Sierra Leone.

In Liberia, Qaddafi donated funds to rebuild schools and patched relations with leaders in West Africa, but the pain and devastation his trained rebels left in both countries still lingers.

After years of political repression, protesters in Libya are turning the steam on Qaddafi with a rebellion that seemed to topple his 42-year hold on power.

In a desperate speech on Monday, Seif al-Islam el-Qaddafi, son of Libya’s longtime leader, warned that civil war could explode the country into “rivers of blood” if Libyans support the anti-government protesters.

Seif described the unstoppable protests as “a national treason.” He proposed to implement a democratic change if Libyans stop the protests. Otherwise Libya, he said, would return to colonial rule that will bring ruin and poverty to the country.

Overnight, protesters battled with the police and within hours the military fired machine guns on protesters in the capital, Tripoli. Enraged protesters burned a huge monument of the “Green Book” that outlined Qaddafi’s political views and his more than 40 years of rule. They pushed and burned trash bins and litter boxes on the streets as another form of defiance against Qaddafi and his political cabal.

Qaddafi’s fall is seen as a “terrible fall” for a dictatorship involved on many terror attacks around the world.

Some of Qaddafi’s loyalists openly took to the streets joining the protesters. Some protest banners read, “The people want to take the government.” Around the world, opposition activists helped organize protests outside Libyan embassies.

Liberians sympathize with the Libyan people after what they went through during their country’s civil war. Because no one knows what the outcome will be for Libya, many Liberians hope the situation will not get out of hand leading to a civil unrest.

“We hope for peace if that happens,” said Abraham Kamara, public relations officer at the Organization for the Promotion of Development in Liberia. “Minus Qaddafi, the African Union will still go on. He will not hold the union hostage.”

The African Union (AU) consists of 53 countries; Qaddafi’s critics claim he was an obstacle to African unification and had used his wealth to gain leadership of the African Union in recent years.

Qaddafi had always wanted to be “in the ranks of African revolutionary leaders,” according to peace activist Horace Campbell.

Once, Qaddafi suggested to a group of Nigeria students that their country should be divided on religious grounds, a view that offended many Nigerians. On Qaddafi’s involvement with the AU, Kamara and others say it is a façade for him to cover his wrongs.

“I think the whole issue of the African Union is all rhetoric,” said Kamara “It is not genuine, because there is no mechanism for such a thing to take place, and for Qaddafi to push such a thing when he has ruled Libya for 42 years.”

Kamara opined that “no one in their rightful mind” will support Qaddafi for a “United States of Africa when he hasn’t given his own people the opportunity to rule Libya,” and suppressed them for four decades.

In Belgium’s capital, Brussels, the European Union (EU) converged on Monday to discuss the situation in Libya.

“The country has surpassed its tipping point,” said Mohammed Ali Abdalla, a member of the National Front for the Salvation of Libya, on BBC television. “Right now, it is a one-way road to toppling this regime.”

“A boy or girl born a year ago in that country only knows one person – Muammar el-Qaddafi,” said Saad I. Samatar, a reference and archives librarian at Hennepin County Library. “So there is a generational change where you have highly educated youths and high unemployment. These two things don’t go together.”

“Qaddafi and others are the problem. They have being sitting there for [a] long [time], and people need a fresh change; they call it a ‘youthful revolution,'” adds Samatar.

“It is no longer the days of the AK-47, where you have guns to overthrow government,” Samatar observed. “Now you have the bloggers, social media and Facebook. These things make it easier for people [protesters] to bring change.”

As the political turmoil unfolds in Libya, Liberians in Minnesota monitor the upheaval with caution. In recent years, Libya renovated dozens of schools and provided hundreds of scholarships as a contribution to developing Liberia’s manpower after years of war.

Samatar said ousted leaders and those currently facing protesters in the Middle East were “playing father-figures roles.” The generational gap, according to him, also contributed to the political problems in Libya.

“What goes around comes around,” said Kamara on Qaddafi’s support for the rebel war in Liberia. “Now he is getting a taste of his own medicine.”

When Qaddafi seized power in September 1969, he nationalized all foreign oil companies in his country; the U.S. government identifies him as radical and dangerous politician. To the Europeans, he was a supporter of anti-communist movements.

In Benghazi, Libya’s second city, Qaddafi was last seen on state television on Sunday, as thousands of Libyans claimed the streets.

“All the African people and Asians look forward to Libya…,” said Qaddafi, who promised to lead Libya till the end. “I have no post. I am a fighter. Freedom is a tree that has to grow; Libya is a tree that we have watered with our blood.”

Qaddafi blamed protesters of taking cocktails of coffee and drugs and then “[taking] advantage of the peace in the country to attack police stations.”

He also mentioned “outside agitators” of fueling the protest in his country. Reports indicate that he has engaged the services of foreign mercenaries to open fire on protesters. Experts say Libya is on the brink of a civil war.

“Man’s freedom is lacking if someone else controls what he needs,” Qaddafi once said. “For need may result in man’s enslavement of man.” These days, his people are asking for their freedom.

“All Liberians from everywhere wish Libyans well,” said Kamara. “Democracy is a process, and if they want democracy, they should know that it comes with a price. They should be willing to pay that price.”