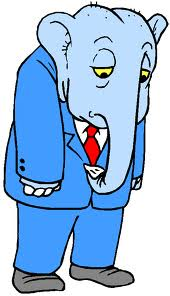 State Auditor Rebecca Otto might as well be allowed to pick her opponents. Wouldn’t get much of a different result. Her primary opponent ran a well-funded lousy campaign, but I thought she might have been the one statewide DFLer to draw a serious opponent. Randy Gilbert is a professional auditor and a small town mayor, so he actually has a relevant resume for the job. The other Republicans are pretty much running just on “vote for me because I’m extremely rich” or “vote for me because I’m extremely conservative”, maybe spiced with shouts of “Obamacare!” and “voter fraud!”. So I wondered, after he was nominated, if Gilbert might be the Republican with the best chance. Then a week ago, Dan.Burns posted:

Whatever this turns out to be, this isn’t the highest-profile race on the ballot. But veteran politics-watchers know what kind of spillover effect, fair or not, these kinds of episodes can have, not long before Election Day.

It’s now less vague, maybe as bad as feared. KSTP reported they have suggestive emails, and sources speaking of turmoil inside the MNGOP. Since I’ve criticized KSTP before and I’m about to do so again, I’ll give credit where due: KSTP did go after a story that’s bad for their owner’s preferred party. The emails are substantive. They seem to show not just that Gilbert carried on an affair with a local realtor, but that their assignations happened in the houses she was selling. Well, that’s a unique form of trespassing.

Maybe not unique, but certainly bad for a candidate, is Gilbert’s decision to avoid the press and not answer questions. KSTP said he wouldn’t respond to them. I looked on his campaign web site, and as of this moment, there’s nothing about it. There’s “news” from last June about DFLers being divided, and something from 9/11 attacking Otto for being anti-mining. Nothing in between or since.

Gilbert’s hermitic response does make KSTP’s assertions about goings-on inside the party seem plausible. They’re reporting that other candidates are worried Gilbert will drag them down, and they’re divided on how to handle it. It would be nice from my partisan view if that were true. I’d like to think the opposing party is in disarray and divided. “If it sounds too good to be true…” and what not, so I want to know how KSTP knows.

Unfortunately, that part of the story is loaded with “sources tell us”. Who are these sources? Not that the names would mean anything to the audience in all likelihood, but how do they know? Maybe their positions can’t be mentioned, but can we know why we can’t know? “High-level Republican sources” doesn’t tell us if these are people running these campaigns, or just well-connected people passing on rumors devoid of first-hand knowledge.

Something I watch for in judging anonymous sources is whether they’re saying what their organization would want said, but without it coming from them. In those instances, what “sources say” is usually a lie, at least often enough to warrant strong skepticism. Remember the anonymous government sources that helped sell the invasion of Iraq, not that the scale is at all similar, but I watch for the technique. In this instance, it seems these “high-level Republican sources” are saying things the party wouldn’t want said. So, don’t know what to make of it. Maybe some fighting is going on behind the scenes of the state GOP, but we don’t know.

There is something though that got forgotten. Dropping out might not be an option. Recent election law changes mean Gilbert can’t get off the ballot because of a scandal. See article 5, section 1. There’s a withdrawal period a couple days after the filing deadline, and then only a catastrophic illness gets a candidate off the ballot. If that sounds like the controversy in Kansas over the withdrawal of the Democratic US Senate candidate, it is, and I assume if Gilbert tries to withdraw, we could have the same legal fight, though I don’t see how Gilbert withdraws for reasons other than medical. Like I said when the House passed it’s version of an election bill that included this provision, “Candidates can’t drop off the ballot because of a scandal. The ghost of Jon Grunseth? … Well, good to have a procedure, sucky for the party of the scandal-ridden candidate.”

I suppose the MNGOP can stick Gilbert in the same doghouse as Michelle MacDonald.