Last Thursday night at the James J Hill Reference Library, the Real Phonic Radio hour closed out another season of monthly music and art shows for a summer hiatus. The season ended on a rocking note with headliner Jim Oblon.

Up from Nashville, Oblon is a singer, song writer and guitar player who pays homage to his roots by playing them not with nostalgia but with currency and passion. He played Nat King Cole, Little Richard, Muddy Waters and a Roy Buchanan version of Patsy Cline. There’s a music lesson onto itself.

Oblon noted that it was hard to describe his music because it was such a blend of influences, that the sound defied definition. There’s certainly a general blues undercurrent. He has a rasp to his voice. But watching him play guitar is a little like watching Charlie Daniels play fiddle. It’s hard to believe his fingers don’t leave his hands. Even if its country, it’s rocking.

Stevie Ann also played. She is a young woman from Holland. She has more of an alt country sound that sort of merges to twang-rock on a song like I Believe in Love. She had a fantastic controlled range to her voice and makes that control look so easy. Her songs are the sort of songs you sing along with in the car and you think you’re nailing it and you aren’t. Because that kind of control really isn’t that easy – and less easy to some of us than others. She also sang a lovely version of Say a Little Prayer for You; even my 10 year old date noted she knew the song.

The featured poet was Desdemona. She read a poem called I Touch off her iPhone. It was clever and an interesting commentary on how many of us choose to live our lives – capturing snippets of our lives for posterity rather than living those moments. “Touch screen resistance is futile,” she explains.

I would be remiss if I didn’t mention the guest junior emcee, who joined the real Master of Ceremonies Thom Middlebrook for one introduction. In part I mention it because it was my own 10 year old date (Aine O’Donnell) who took the stage but also because I think it’s indicative of the generosity and family feel in the room – even if Aine is often the only kid. It’s a group that loves music done well. Some like to play and others like to listen and sometimes those lines blur in a friendly way.

The Real Phonic show will start up again in the fall; there’s always room for a few more folks who love music. 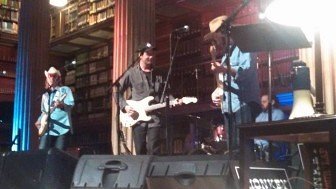 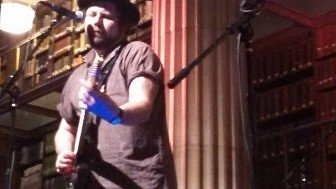 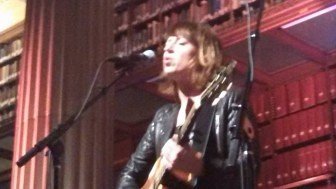 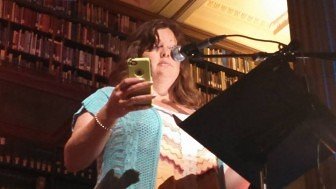 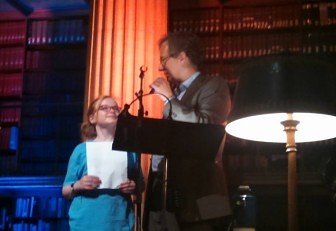