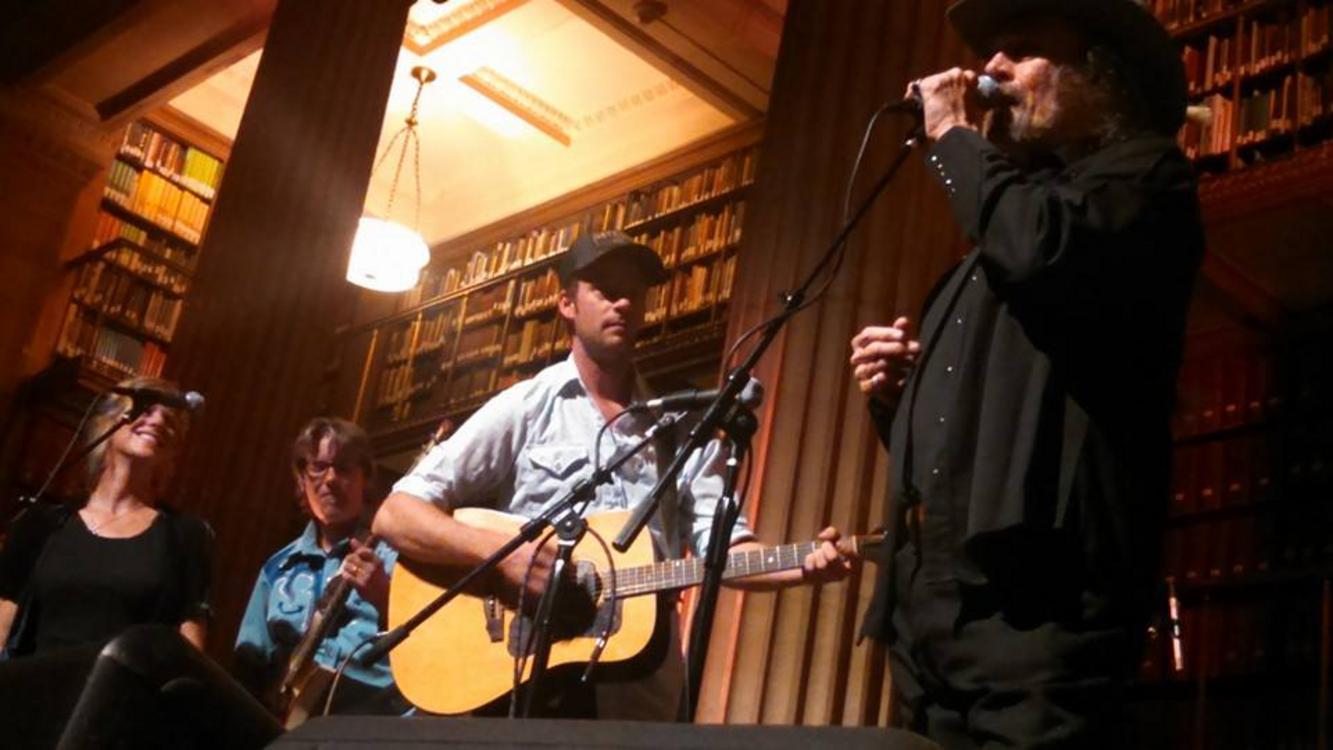 After a summer hiatus, Real Phonic Radio returned to the James J Hill Library for their monthly show of local and national country-flavored music performed on the third Thursday of the month. This month Augie Meyers headlined.

Meyers has played with a wide range of musicians and in a number of bands such as Sir Douglas Quintet and Texas Tornadoes. He started with “Is anybody going to San Antone?” And the music went old school from there. It went through the country continuum – from kind of blue grassy to Tex Mex with a strong lean towards honky tonk. Meyers has a rich, gravelly voice that sets off the classic country perfectly.

Meyers was very charismatic, mentioning that his dad told him if he played songs like, ‘I didn’t know God made Honky Tonk angels” that he’d really be someone. “I’ve been playing this for 50 years and I’m still me,” Meyers added. I asked my 10 year old day what she thought. She thought Grandpa would love the music. It’s the music that we have been listening to in Grandpa’s cars for a long time.

A highlight was having Meyers bring Molly Maher up to sing with him.

Broke Down Dollys also played. They were a sweeter version of old school. It’s nice to hear women singing and their harmony was strong, clear and moving. They played a slowed down version of “9 to 5” that almost made me forget the original. It was an interesting spin that made the song new. They also played a pretty rendition of “Tumbling Tumbleweeds” that reminded me of Syd Straw singing “Blue Shadows on the Trail.”

The featured poet this month was Real Phonic Host, Thom Middlebrook. He read a piece about Martin Luther King on the phone long distance because Middlebrook was in Paris and saving the world and civil rights and MLK handing the civil rights baton onto Middlebrook based on his success with Real Phonic Radio. It sounded like the Nighttown chapter of Ulysses – not smutty, but feverish with detailed hallucinations.

The Erik Koskinen Band started and ended the show. In fact many of the members were on stage all night playing with all of the bands. On their own set they started with “Detroit Detroit”; few things could make me happier. They sounded well with a slightly altered lineup. It’s amazing to hear how good musicians can jump in and out of a band lineup as these musicians did all night.