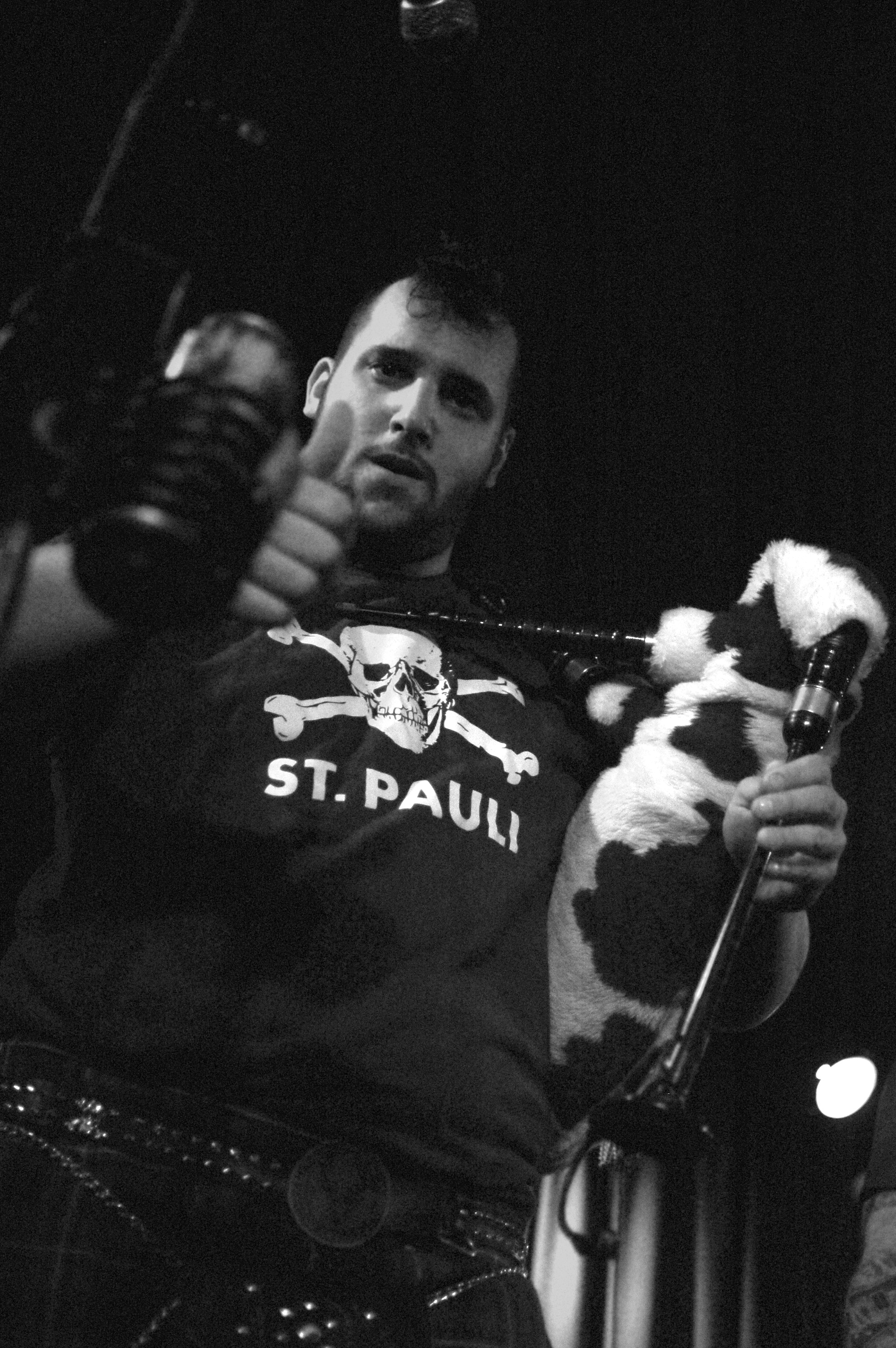 On June 1 the Real McKenzies brought 20 years of Scottish punk down on the Turf Club, supported by Long Beach punk outfit Civet.

Walking to this show, I fully intended to drink Scotch while leaning against the half-wall divider that splits the Turf Club bar from the main stage and dance floor. It’d been a long week. For six days I spent every free hour packing, moving, and unpacking two apartments in two different states—mine and my wife’s—into our new apartment in Northeast Minneapolis while she started a new job. Though I liked the Real McKenzies I planned on taking the show easy. Then Civet happened.

Singer/guitarist Liza Graves and her comrades powered through a quick set, overcoming a lethargic crowd. Civet’s lineup two years ago was all female, but now Graves is outnumbered by men three to one. It’s difficult not to compare Civet’s California punk and Graves’s gravely vocal to the Distillers—a former Hellcat Records band fronted by Brody Dalle—but Civet aren’t the Distillers, though I wish they were.

Two highlights: the midtempo bruiser “Summer of Hate” on which Graves growled over backing shouts from her other guitarist and bass player, and the galloping and catchy “L.A. Nights,” which stuck in my head long after the show, though I find the all-too-common pop lyrics—a seeming struggle for Graves—frustrating and not something I’ve seen from the Distillers or Brody Dalle:  “We’re going out, going out, right/ got my girls hit the town tonight/ I’ve been waiting all night/ just to get a little crazy, all right/ c’mon baby let’s paint this town red/ get messed up the way we like it/ rolling hard, rolling right, rolling deep, and rolling all night/ L.A. Nights.”

But issues like this aside, Civet was fun live—music that’s tight and reasonably dynamic and aggressive, if you’re into that kind of thing. I am. And it was because of them I scratched my plan for Scotch and elected for pints—I’d gotten in the mood to swing my drink and didn’t want to care if I lost some of its contents in the process.

The crowd stood with their drinks a few yards back from the monitors and under the odd orange and magenta glow from the Art Deco lighting fixtures in the Turf Club’s ceiling. On stage, five of the McKenzie six stood in a line with their guitars and bagpipes, clad in kilts and sporran, like true highland warriors though they hail from Vancouver.

The Real McKenzies owe their sound to the pubs of Scotland and west coast punk scenes of the late 80s and early 90s. The rhythm section—two guitars, drums, bass, and bagpipes—can thrash like Bad Religion or join at the microphones with singer and original McKenzie, Paul McKenzie, like they did for “Bastards”: “And when I go, I wanna go to whiskey heaven/ I said I know I’ve got a really thirsty soul.” They looked ready for war, though all they would battle that night was drink (they won). The crowd was already with them.

Those in attendance ranged widely in age and appearance—I counted two kilts in the audience and more than a few gray heads—and they seemed to expect that their role was to sing and chant along at the many opportunities the Real McKenzies provided in their crowd-friendly set. As the show went on, when we were all (more than) a few in, a churning pit broke out, collapsed and reformed, collapsed and reformed. Fans came from the back, sliding their way among revelers to join the dancing and colliding bodies.

The more people sang and danced, the harder the band played. They actually picked up speed and vinegar by the minute, until McKenzie sang at a frenetic pace, reaching out his clenched fists as if by squeezing his hands he might have delivered more meaning and power to his audience.

My conception of who the Real McKenzies are—in their punk songs as well as in the ballads—and how they connect to their fans is perhaps best evidenced in my favorite song from the night, “Drink Some More”: “So we drink and we drink some more/more/ and the only thing better than drinking for me/ is when I’m drinking with you/ and we’re drinking for free.”

Paul McKenzie and his crew are rambling and cynical balladeers, yes, but they know they play for others as much as they do themselves. Maybe that’s the reason their band exists—to play for others—but perhaps it’s also art imitating life—that there’s truth in life being a communal experience. And in that experience people recognize the splendid moments when life feels better than it has lately or the bartender comps drinks.

But that’s as close as the Real McKenzie’s got to any philosophizing. At the end of the show, they played “Bugger Off” to show us on our way. When McKenzie sang “bugger off, you bastards, bugger off,” we shouted back, “Fuck you!” 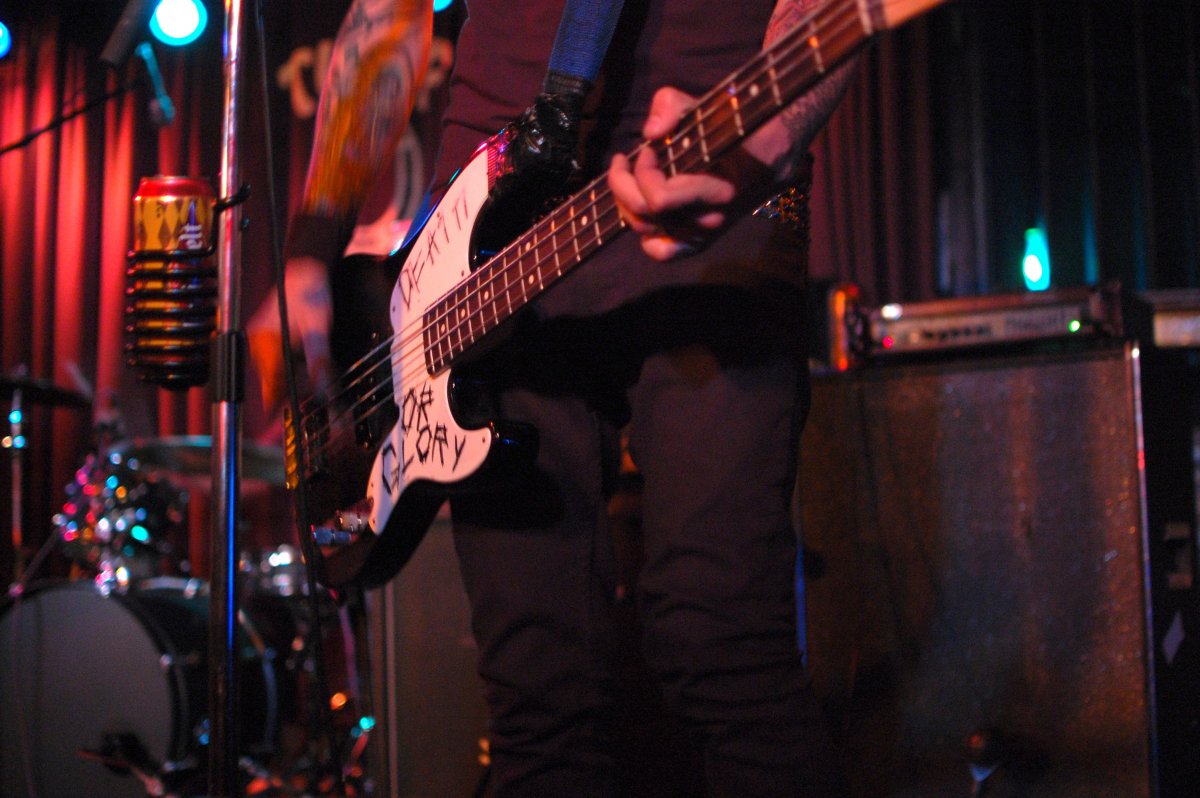 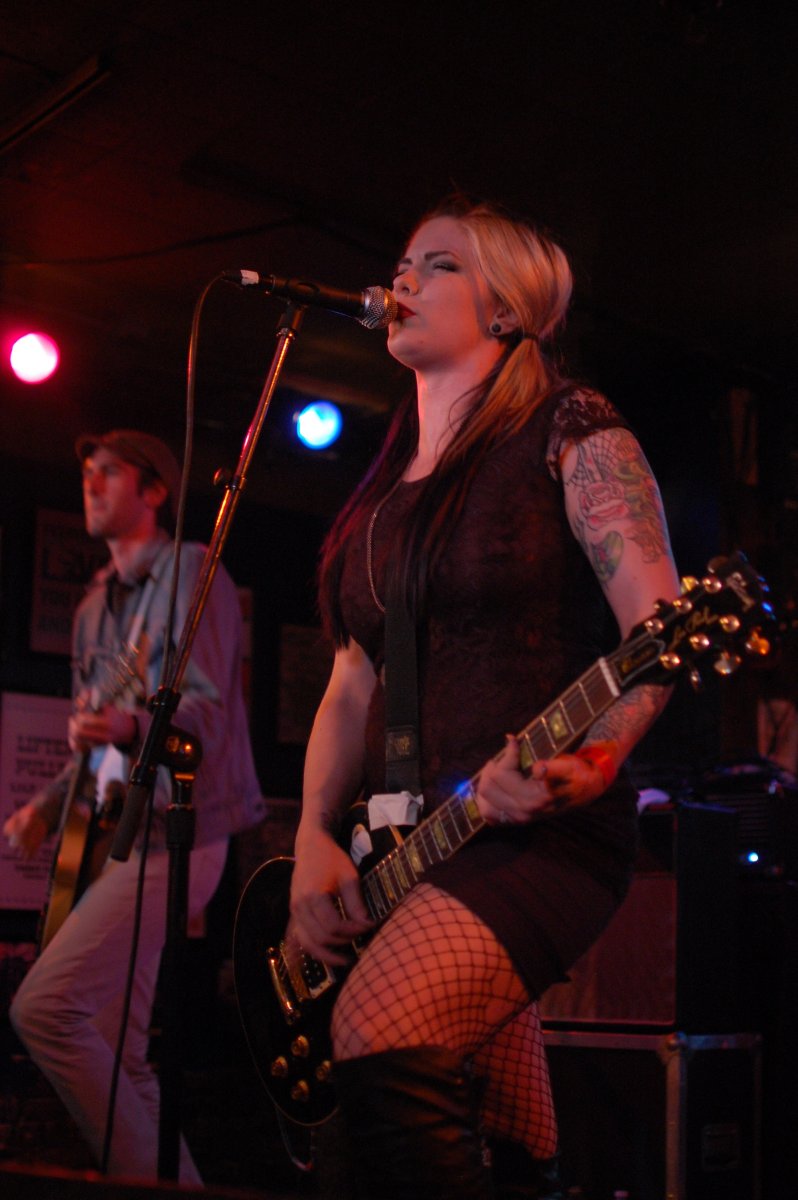 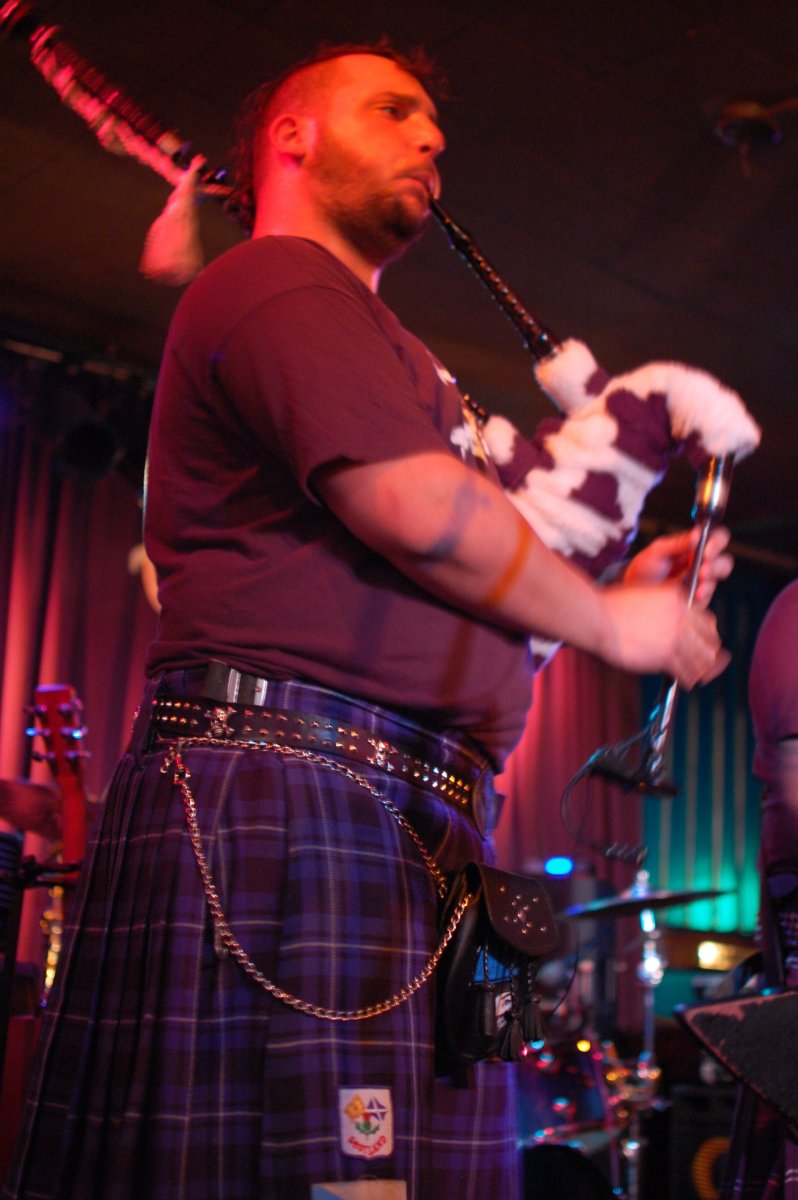 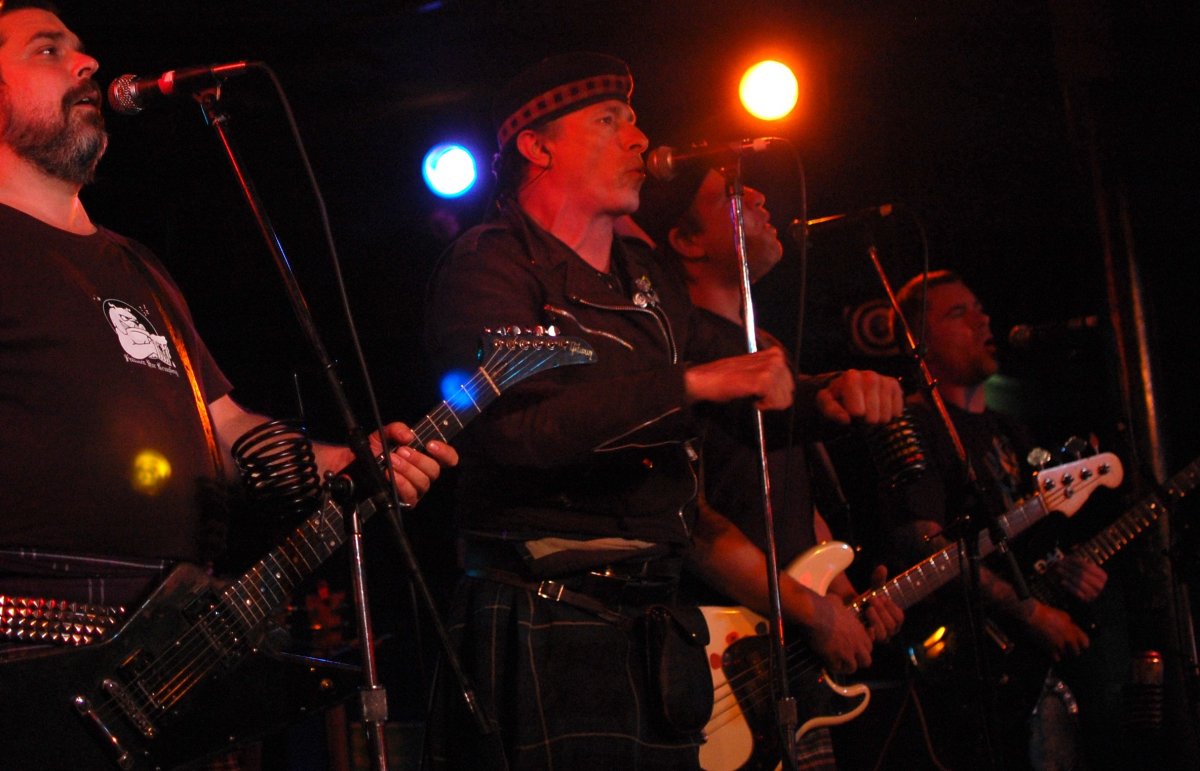 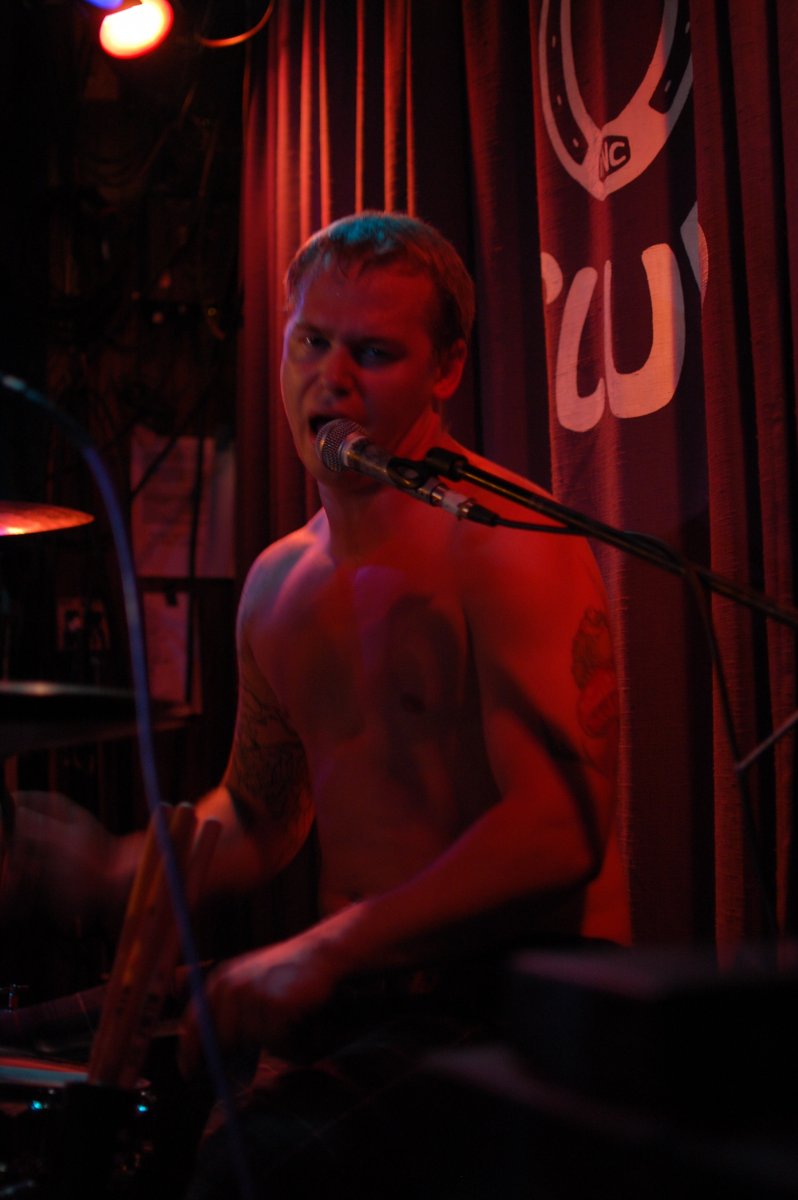 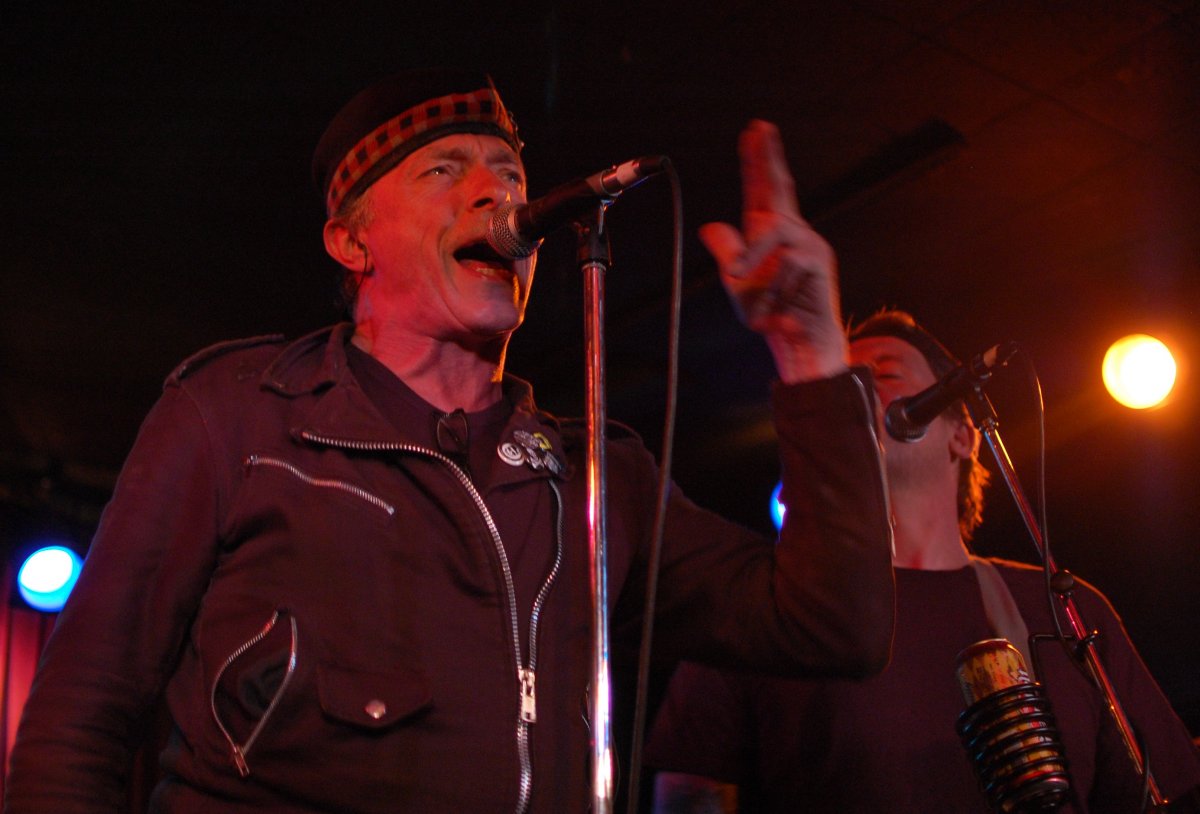 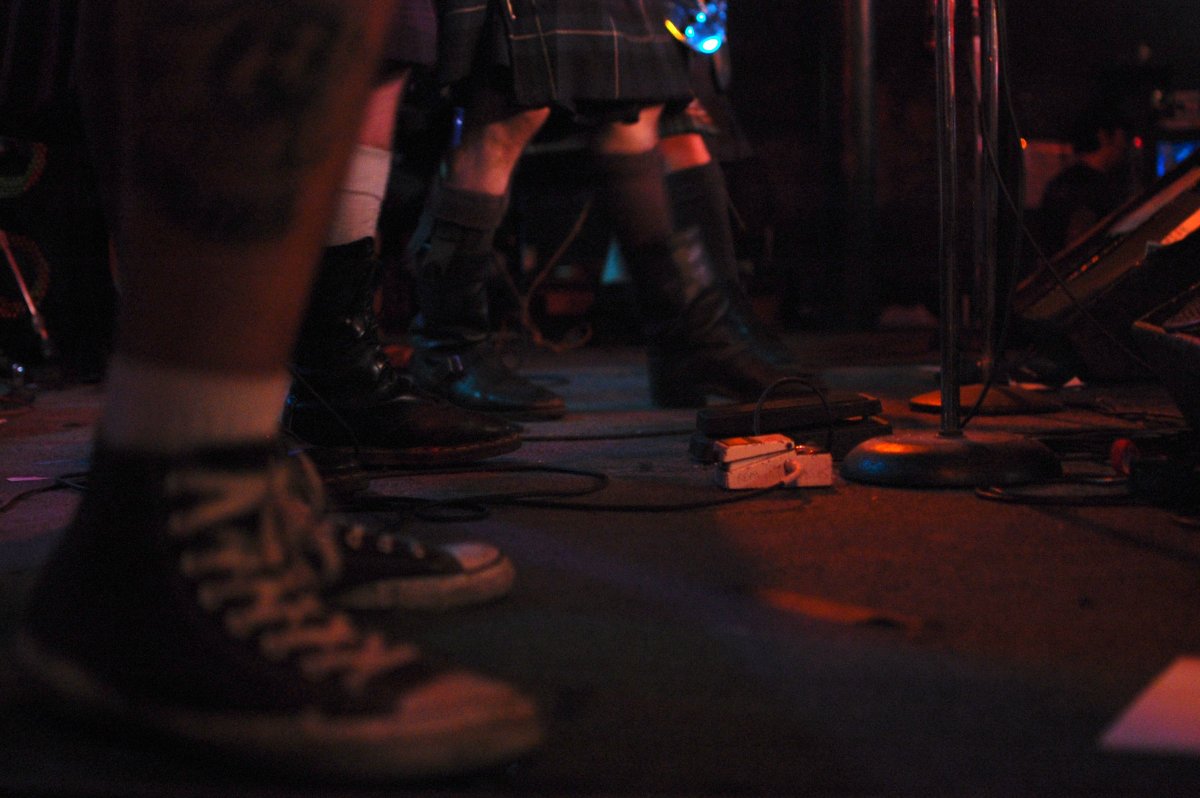 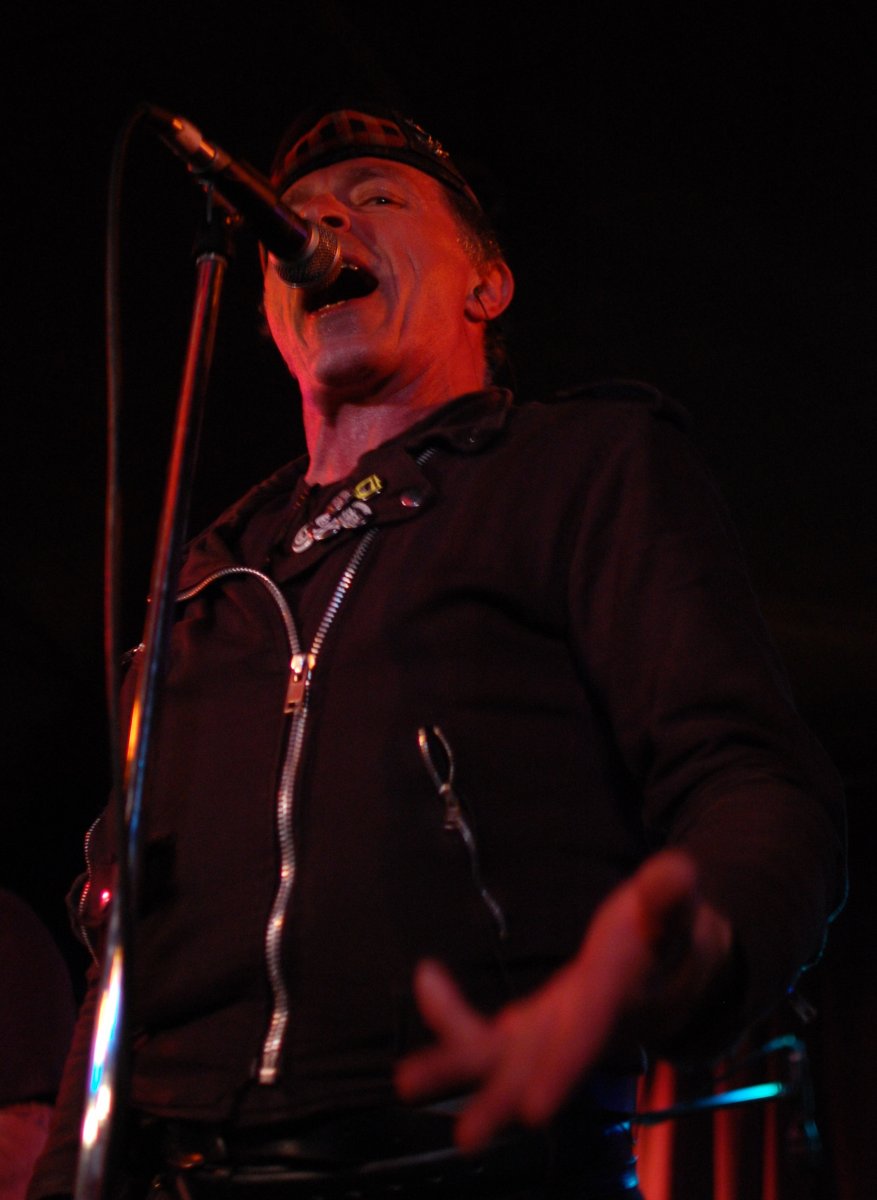 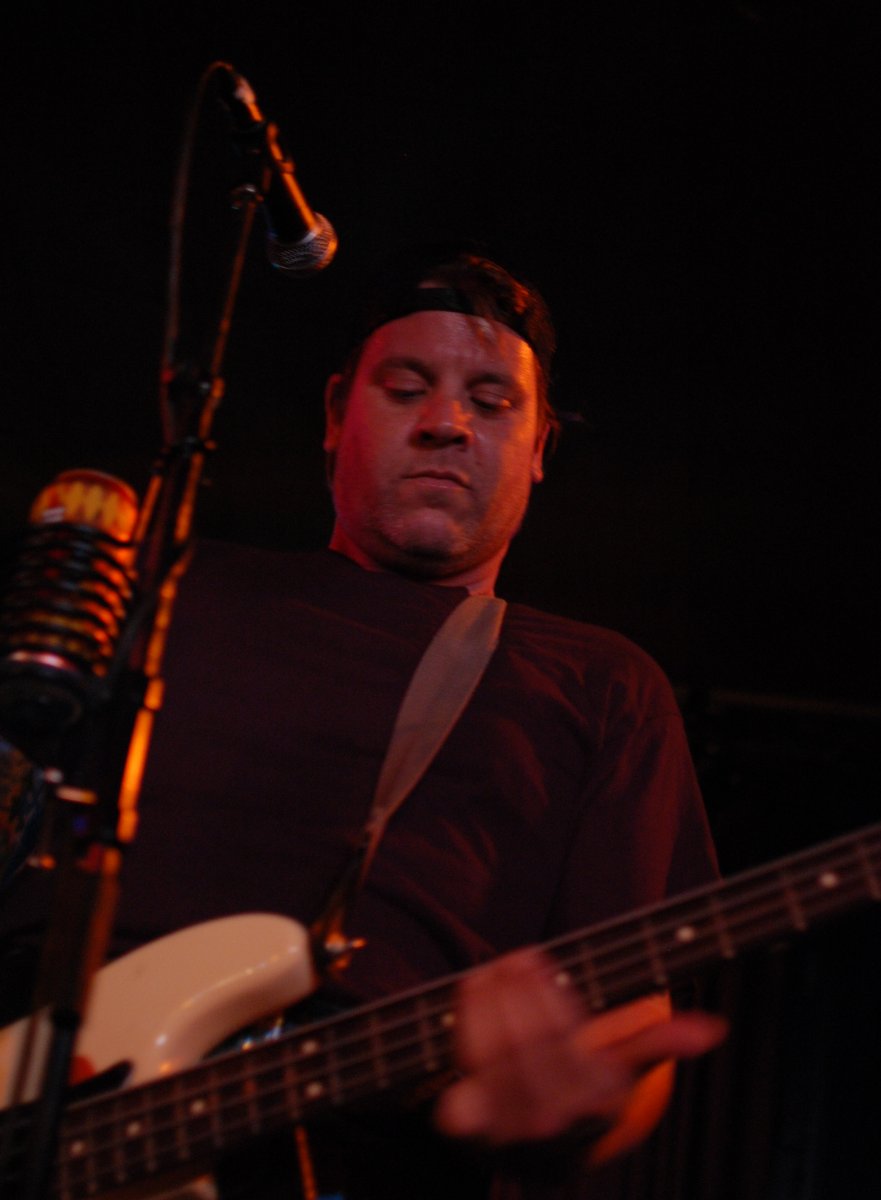 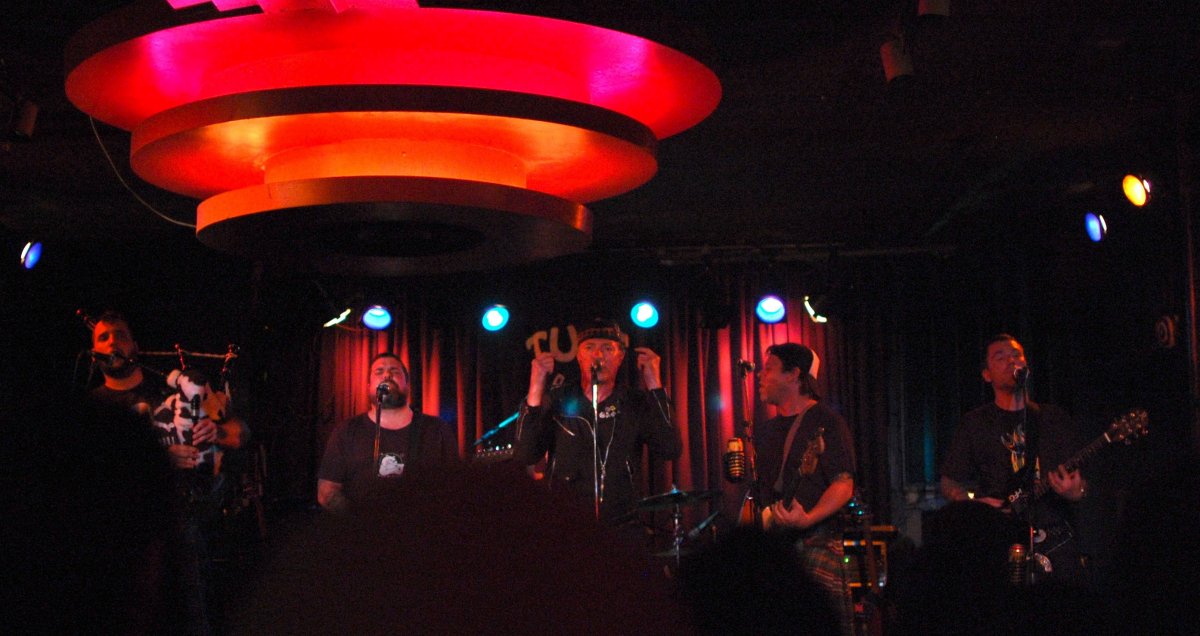 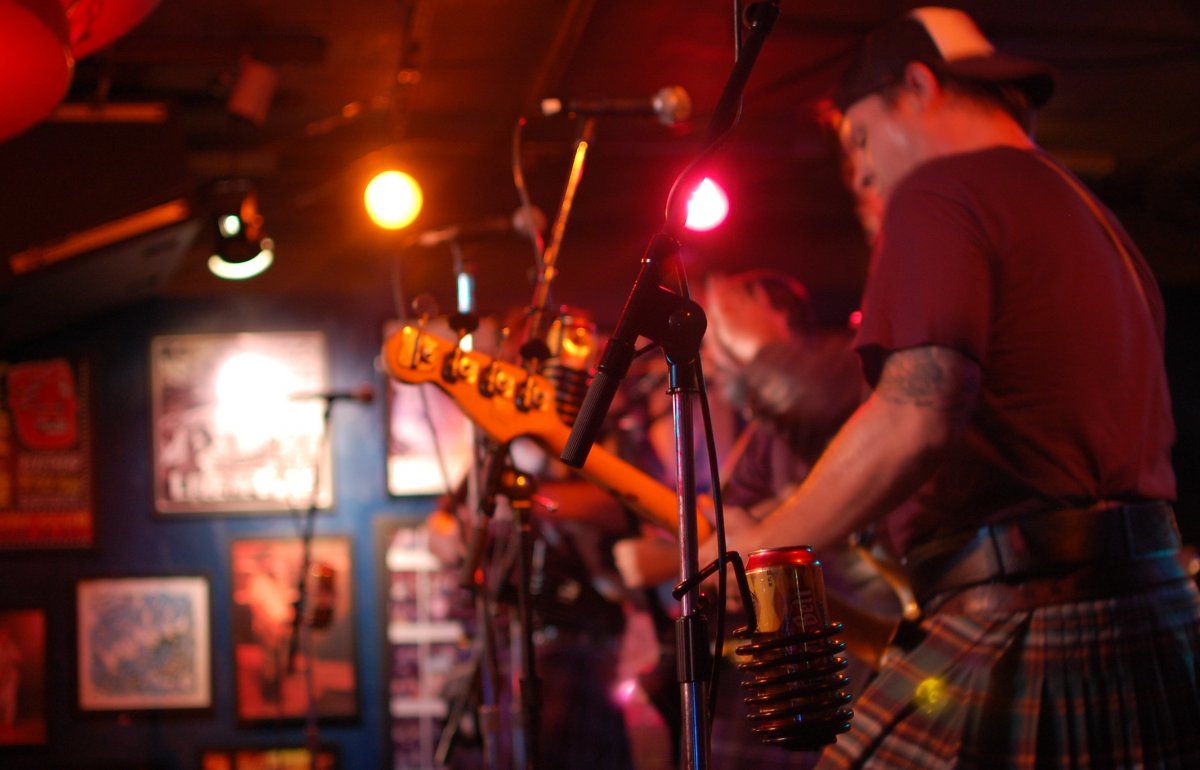 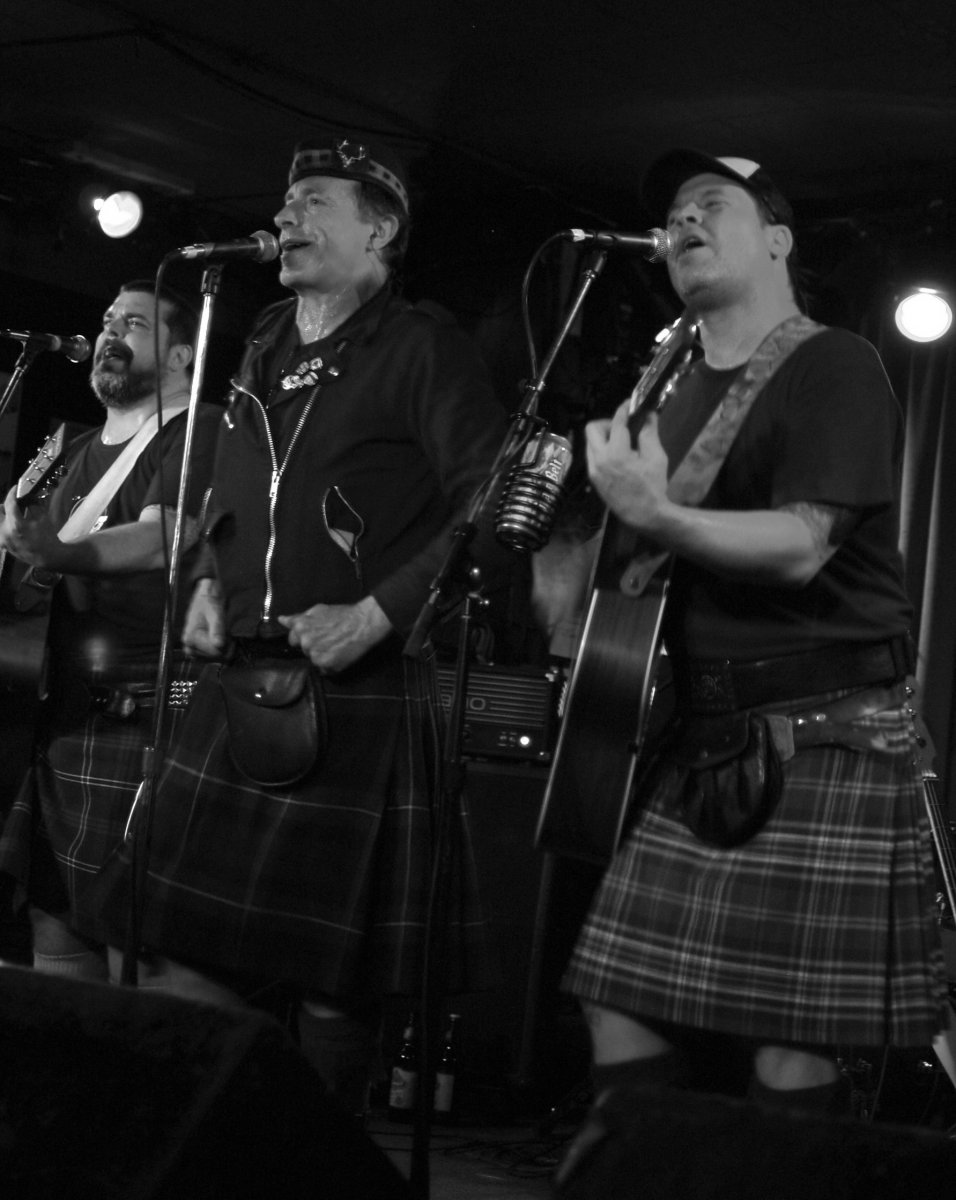 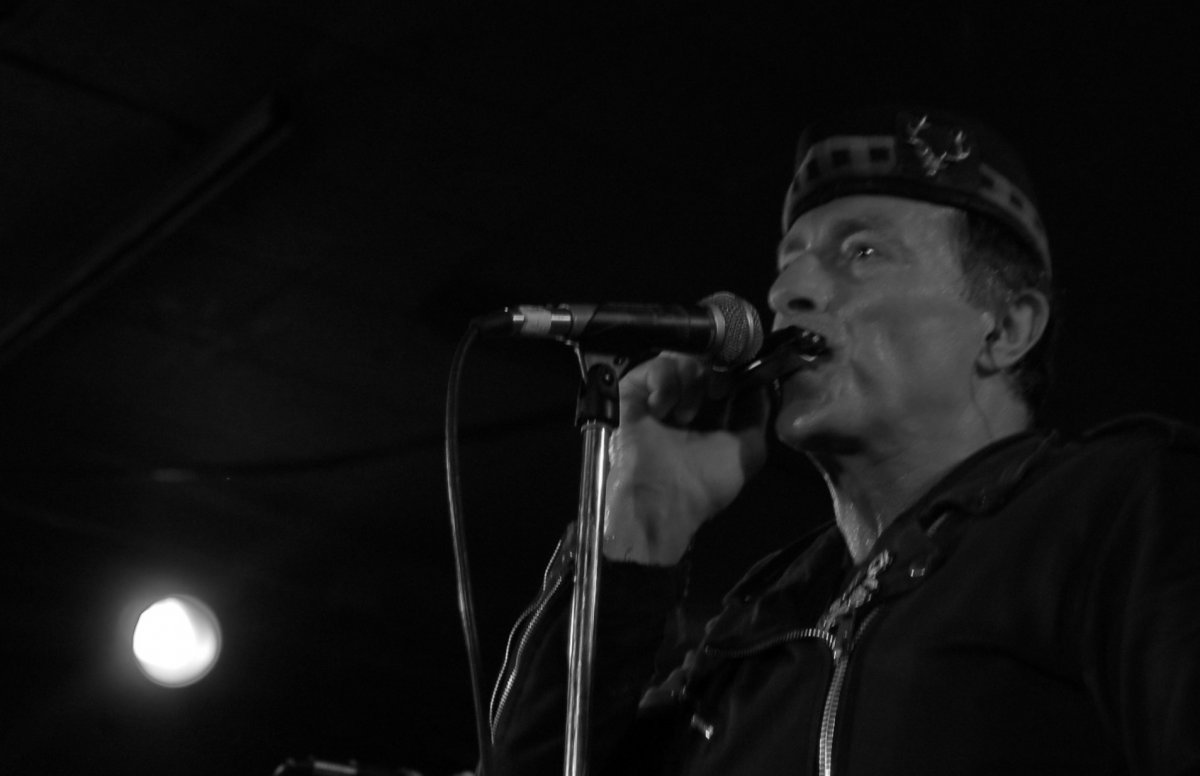 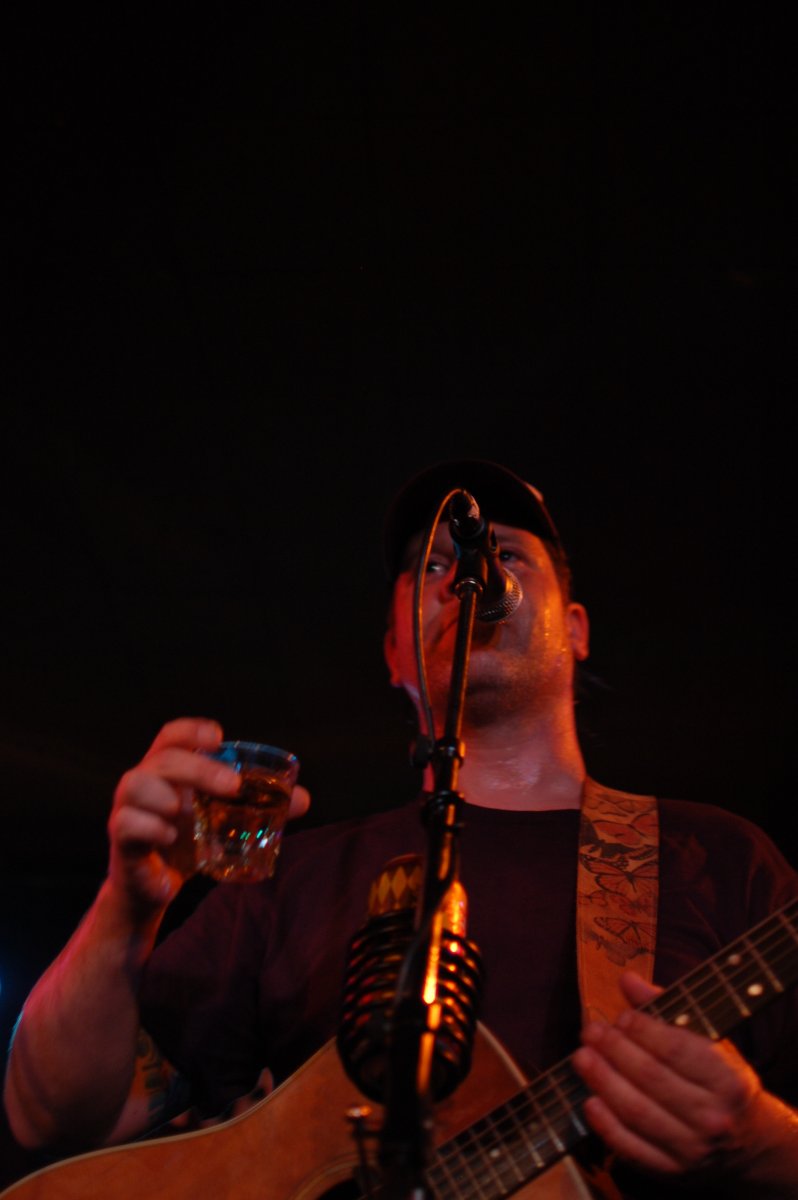 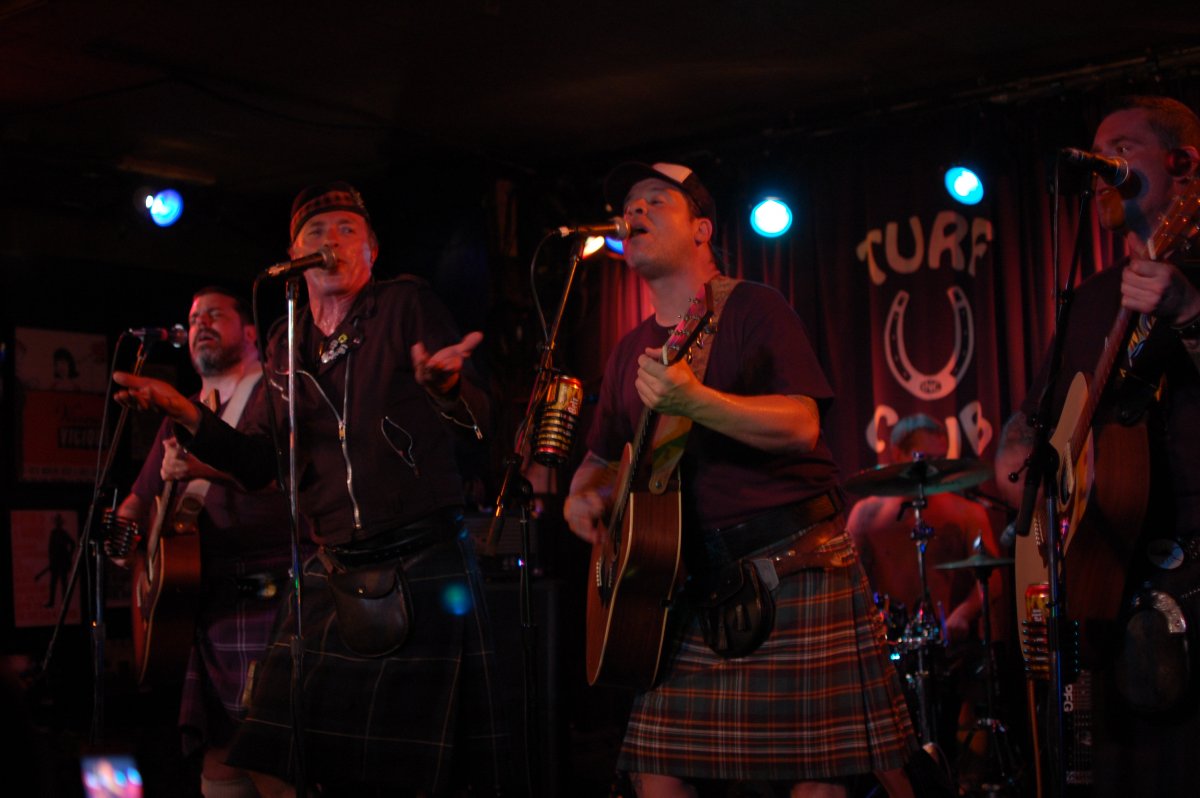