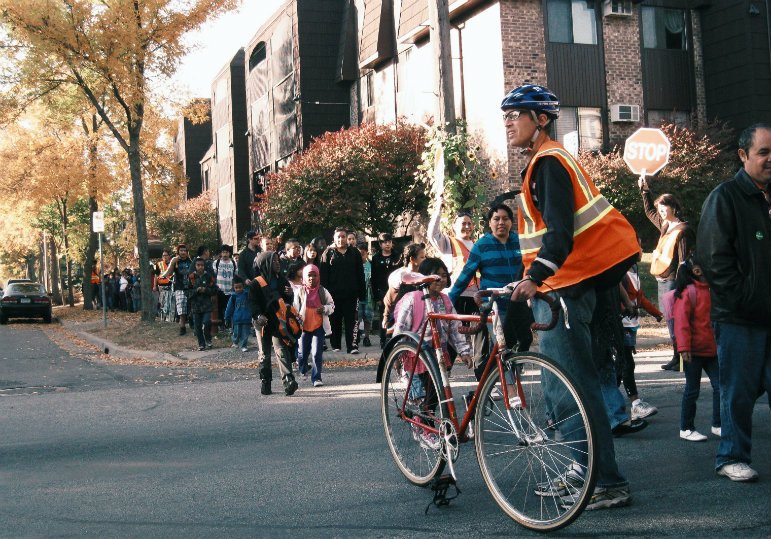 For the undocumented, even taking the kids to and from school has risks when you don't have a driver's license. REAL ID could put licenses further out of reach for Minnesota's undocumented residents. Daily Planet file photo.

“So many human rights are attached to this piece of plastic,” Iris Altamirano said of something many people take for granted: driver’s licenses. “Everyone should have access to it.”

Altamirano is the board chair of NAVIGATE MN, an organization that works with young immigrants, regardless of immigration status, to help these folks pursue a higher education.

NAVIGATE and other programs like it have been advocating for access to driver’s licenses for undocumented immigrants, refugees and asylum-seeking individuals for years. But the essential nature of a driver’s license in our society is coming to the attention of Minnesotans more prominently as questions about REAL ID’s implementation arise.

The REAL ID Act has been a storm brewing for quite some time. In 2005, a federal mandate, ordered that states must change their identification (mostly via driver’s licenses) to meet the new federal standards–a process that would provide more data and personal information to a larger federal database system. Minnesota is one of five states left that is not compliant.

Because Minnesota has taken so long to comply, Minnesotans nearly lost the ability to fly domestically without a passport, but the deadline was pushed to 2018. But REAL ID’s effect runs deeper than the convenience of airline travel.

The 2016 legislative session continued to leave REAL ID unresolved. The state Senate and House versions of the same REAL ID plan differ in one major way: accessibility of licenses to residents of Minnesota who do not have a Social Security number and/or proof of U.S. citizenship. 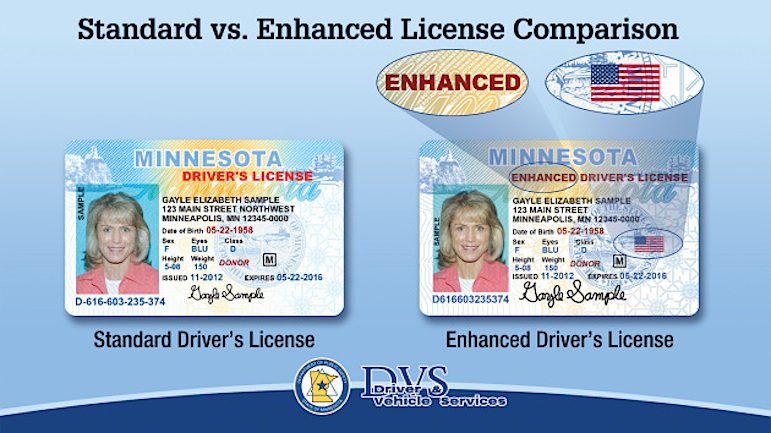 From rule to statute

And while, practically speaking, nothing changes for undocumented residents, the House’s version of REAL ID would move the current practice into statute and law, making it much more difficult to succeed in gaining driving rights for the undocumented in the future.

Not having a license to drive does not stop some undocumented members of our community from getting behind the wheel.

“Folks do what they have to do. Work is essential to everything,” Altamirano said. “Getting to and from work is ridden with uncertainty. Even getting kids to and from school has lots of risks associated with it.”

It’s not just undocumented immigrants who are affected by this inaccessibility. Immigrants who have what is considered to be lawful status, like refugees and asylum-seeking individuals, experience a challenge getting licenses now as well.

“Our clients tend to come from countries with civil unrest,” Keller said. “Often they don’t have access to their birth certificates, and because they are fleeing, they often don’t have their passports.”

And the EDL is not going to improve that.

“Prior to 2003,” Keller said, “anyone who could prove identity and residency (and pass a driver’s test) could get a license.” Gov. Tim Pawlenty, blocked by the state Legislature, removed this accessibility the only way he could–through state executive orders under the justification of “public safety,” according to Keller.

“He [Pawlenty] did a lot of immigrant-bashing in his campaign,” Dibble said.

Thirteen years later, undocumented immigrants already find driver’s licenses to be inaccessible, and even the “passive” state Senate version of REAL ID would not change that.

“But if REAL ID has to happen, we don’t want to go backwards,” Keller said.

Two-tier licensure system appeals to many

While immigrant advocacy groups have been championing the idea of a more accessible license for years, another interest group with a loud voice has been the privacy advocates.

People believe, according to Dibble, that with REAL ID’s purpose to increase security, too much personal data would be accessible to too many people. In addition to the “potential for security breaches,” there is “this issue of ‘how powerful should our government be?’”

“We’ve got cameras all over the city,” state Sen. Scott Dibble (DFL-Minneapolis) said. “They’re using biometrics to surveil us.” He added Hennepin County has set up a facial recognition database, and drones are also a concern for many.

“The concern is REAL ID is overreaching,” Dibble said.

Perhaps because of this concern, nationwide, a few states have opted for a two-tier system, where the EDL and a regular driver’s license would both be available, depending on one’s needs. Both could be used to drive and verify identity and date of birth, but the EDL, the Tier I license,  would also give folks the ability to use it for federal purposes, namely, boarding an airplane.

“Around 13 to 16 states have provided driver’s licenses to the undocumented,” Keller said. “Most have done so in the last three years. Why? Better off as people who share the road.” If a driver without a license gets into a crash on the road, Keller said it’s common for this driver to flee the scene. “Rates of uninsurability have gone down in these [13 to 16] states.”

Dibble said although there has been talk of a special legislative session to address REAL ID compliance and implementation, he doesn’t think there will be one. The legislature “doesn’t seem to be beating ourselves up on failure to address REAL ID,” Dibble said. “I know people are concerned, but we have until 2018.”

“My sense is that they [Republican Party] are on the losing side of history,” and they are “highly responsive to xenophobia.” Dibble added that if the same House majority is elected, there will probably not be a Tier I and Tier II set of options–just the Tier I EDL.

The consequences of not having access “to the plastic” are enormous, Altamirano said. “We keep going regardless.”

Keller and other advocates are hopeful, and will continue to persist, as they have done for years. “Other states have already done what Minnesota should do.”