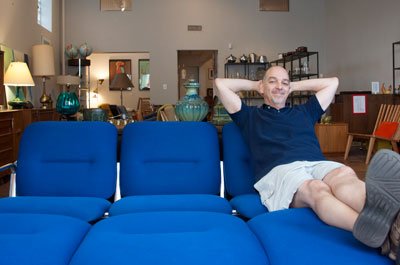 The business area surrounding the intersection at Raymond and University avenues whispers of old-time small-town Main Street and modern urban community in the same breathe. Creative and industrial commerce thrive side- by-side, setting the backdrop to a vibrant and energized residential community.

The ebb and flow of the Raymond-University district over the past half-century reflects the fluctuations of populations and eras come and gone. Today, it’s hard to miss the glint of a new horizon. The storefronts are filled with new creative and locally owned businesses that are joining familiar institutions to create an eclectic vibe that is starting to turn heads and draw crowds from across the Twin Cities. 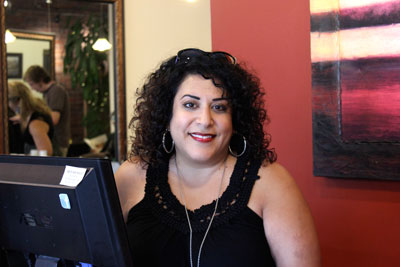 The steadily increasing stream of new faces—young and old—dotting the streetscape appears to be ushering in a new age for south St. Anthony Park. The arrival of the Green Line, combined with a cluster of new residential and commercial developments—not to mention a growing number of microbreweries—could be signaling the start of a new golden era.

The last “golden era” for St. Anthony Park roughly took place between 1950 and 1970, as David Lanegran explains in his book St. Anthony Park: Portrait of a Community. With World War II over, household incomes were on the rise and business and industry were booming. 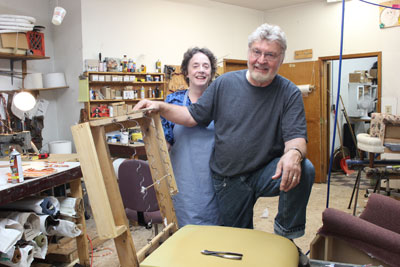 The city-sponsored expansion of land zoned for industrial use compacted concerns over the loss of residential land that had already resulted from freeway construction.

Worried their cozy residential community was in jeopardy, neighbors banded together to fight the expansion. They went as far as creating a document called “Battle Plan for Survival: Let’s Beat the Industrial Bulldozer (The Neighborhood Strangler).” In it, the South St. Anthony Project Area Committee outlined 16 points, including calling for the Housing and Redevelopment Authority to convert industrial land into housing.

The group was largely unsuccessful in their demands, and the tension eventually began to subside. Today, industry, residential and commercial sectors of south St. Anthony Park seem to have found a peaceful harmony. 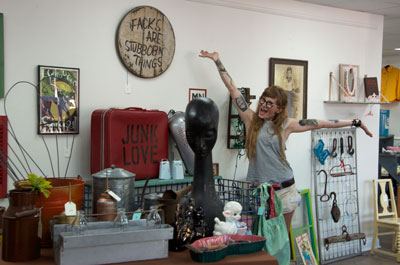 Instead of viewing industry as a threat, many now see it as a welcomed reminder of the area’s heritage that brings both charm and valuable jobs to the area.

“We didn’t want to get rid of industry, but to balance it and residential, and I think we have succeeded,” she said. “I don’t want our community to be solely a place people live—it should be a place for people to make a living as well.”

Shannon Forney, who is preparing to open a new café, WORKHORSE COFFEE BAR, in the old Edge coffee shop space, says she appreciates the industrial character of the neighborhood and the fact that it has historically been a place characterized by work and industry. She sees a renewed appreciation of industry and manufacturing broadly.

“I think there is a real renaissance of the worker, where there’s a celebration of that industry and manufacturing,” she says.

No longer solely identified by its industrial past, a growing number of vibrant small businesses are joining hundreds of new housing units at residential developments like the Carleton Artist Lofts, the Lyric and C&E Apartments to create a bustling and unique urban community.

Just within the last two years more than a half dozen new businesses opened doors at Raymond and University. Every one of them is independent, locally owned and has some sort of creative flavor. Many are also lending to the emergence of a vintage and retro shopping destination as well.

The two most recent arrivals on the block are Junk Love at 777 Raymond Ave. and Skon Chiropractic at 856 Raymond Ave. Both opened within the last two months.

Junk Love is adding to the retro vibe of the area with an eclectic offering of salvage and restoration Americana. Combined with other retro shopping outfits like longstanding Succotash, which celebrated its 19th anniversary in the storefront at 781 Raymond Ave. this month, Shag Studio at 799 Raymond Ave. and MidModMen + Friends at 2401 University Ave., the area has already been recognized as a destination for retro treasure hunters.

Throwing in Spinario Design and Classic Retro at Pete’s—each less than one LRT stop away from the hub at Raymond and University—the Star Tribune called the area the “Best hotspot for retro style” in its 2014 Best of MN feature.

“Everyone kind of has their own style,” Malia Schroeder, who owns Junk Love, said of the cluster of vintage shops. “As a hunter of this stuff, when I go somewhere and I see there’s five other places I can stop at, I’m stoked.”

Owner Barbara Hunn says today, she sees more young people at the diner counter taking the place of industrial workers who would often post up for breakfast and lunch daily in years past.

Today the faces populating the streetscape are a bit younger on the whole, a bit more artsy, and “maybe a little bit of a hipster thing creeping in,” as Spencer Brooks of Barely Brothers Records, notes.

Retro shopping is only part of the area’s emerging identity.

“This place is filled with creative businesses,” said Neal Kielar, who owns MidModMen with his partner, John Mehus. Apart from the immense creative energy it takes to curate a successful midcentury retro furniture store, they also host the work of two local artists in their store.

Creativity might not be the first thought to come to mind when thinking of a chiropractor, but the newly opened Skon Chiropractic proves otherwise. Owned and operated by husband-and-wife team William and Suzanne Skon, the office doubles as a gallery for Suzanne’s artwork. The space is filled with drawings, paintings and sculptures she created over the last 15 years.

WORKHORSE COFFEE BAR will be the newest business to open in the area later this fall. The women-owned business is moving into 2399 University Ave. with plans to offer performances by local musicians and a place for local artists to display their work. Owners Shannon Forney and Ty Barnett were chosen as one of 69 finalists from more than 800 entries in the St. Paul Knight Arts Challenge. Their proposal is to curate St. Paul’s tiniest museum in a recessed fire hose cabinet in front of their shop.

Raymond Avenue Gallery, 761 Raymond Ave., is perhaps the most obvious manifestation of creativity in the area with a rotating gallery featuring work from local and regional artists. Creative work continues up Raymond Avenue at Salongeorge, 856 Raymond Ave., where Patty George and her team “find inspiration every day in the hair industry, fashion, the arts.” The salon offers hair and beauty services but also hosts a rotating display of art. Two music schools—Chanson Voice and Music Academy and Swift Music, both on the 700 block of Raymond Ave—attract plenty of musicians to the area, as well.

Roundtable Coffee, the Twin Cities’ first coffee-roasting incubator space, probes the artisanal side of the coffee world like few others. And the artistic eye and craftsmanship of Jerry Meusburger and Dianne Revoir at Bargain Upholstery, 797 Raymond Ave., bring a craft-oriented creative slant to the block. Of course, one would be remiss not to mention the culinary creativity drawing crowds of customers at Foxy Falafel.

Creative entrepreneurship radiates far into the neighborhood, and interest in the area from other creative enterprises seems to be growing. “We’ve noticed we are fielding more and more inquiries from professional but creative entrepreneurs and arts organizations,” said Brad Johnson, who owns three of the storefronts on the 700 block of Raymond.

“The branding work that neighborhood groups like [the Creative Enterprise Zone, a District 12 task force working to bring more creative businesses to the neighborhood] have been doing lately seems definitely to have had an effect.”

Much of the charm business owners and residents enjoy in the Raymond-University area stems from a feeling that things wouldn’t look or feel much different a half decade earlier. The fact that there is hardly a chain store or national retailer in sight certainly lends to that sentiment.

MidModMen started as a pop-up shop through the Starling Project put on by the St. Anthony Park Community Council in 2012. Surprised by both their success and the quaint, tightness of the community, Kielar and Mehus decided to stick around.

They didn’t expect the robust neighborhood market they found here, Kielar said. Many St. Anthony Park neighbors are regulars in their store, both buying their products and offering up vintage finds of their own for restoration and resale.

“There are people who live here that also start to create the threads of the area—bridging the residents and the businesses. I like that,” Kielar said.

The way businesses operate on the block seems to reflect the “main street” ethos, as well. Shop owners can often be found out on the sidewalk exchanging pleasantries, greeting passersby and keeping the pulse of the block.

There is a tight-knit community developing amongst the shop owners based on a mutual understanding that success for one can be easily translated into success for all.

Rather than seeing each other as competitors, many of the business owners recognize value in pooling their efforts. It’s not uncommon to see promotional material for a shop around the corner laid out on the counter.

“When people communicate and talk and share ideas it just makes collectively everything happier and more desirable to travel to,” Schroeder said.

And travel they will. Evidence of the promised increase in pedestrian traffic accompanying the new Green Line is mostly anecdotal at this point, but many shop owners in the area say they are already seeing an effect.

Kielar said he recently had a customer in his shop who took public transit all the way from St. Cloud to ride the Green Line from start to finish.

“We’ve had more people coming and shopping. I’ve got to up my packaging to get people to be able to carry it on the train,” he said.

Whether the Green Line tourism factor will persist remains to be seen, but for the time being, the future looks promising for the shops at Raymond and University Avenues.

“There’s definitely an upward trend in this area, no doubt there,” Albright says.

Kyle Mianulli is a freelance writer who lives and shops in the Raymond-University area.