The Twins are off to a rocky start again this season, continuing the level of performance they exhibited last year. The starting pitching appears to be the problem: they started the season short one starter because Scott Baker’s injury prevented him from ever making it out of the spring season, and all four of the other starting pitchers have already had a stint in the bullpen or on the disabled list.

The Twins finished last season with the worst record in major league baseball, 63-99. They avoided losing 100 games only because Carl Pavano pitched his only complete game of that year.

The Twins have had 10 different starting pitchers so far in 2012—and even had back-up catcher Drew Butera pitch an inning against Milwaukee. Since Ron Gardenhire became manager in 2002, he has only used 10 starters twice, in 2006 and 2009. And we are only in June—looks like another record might fall this year.

Here is one of those random baseball statistics that always fascinate me: Kevin Slowey ended his 2011 season with an 0-8 record and 6.67 earned-run average. According to STATS LLC, he is the first pitcher to start at least eight games and lose them all since 1951, when Lou Sleater went 0-8 for the St. Louis Browns.

The Twins traded away three long-time Twins players this year: Joe Nathan, Michael Cuddyer, and Jason Kubel. I imagine this was not an easy transition for any of them, affecting not only the players but their young families. These three were replaced by Josh Willingham, Ryan Doumit, and sundry others. There are already players from the opening day 25-man roster who have made trips to the minor leagues, including Danny Valencia and Ben Revere. Unfortunately for Valencia, he was replaced at third base by Trevor Plouffe, who has been on a hot hitting streak in June—batting .396 currently for the month and hitting 10 home runs.

This month Josh Willingham hit only the second walk-off homerun in Target Field history, leading to a sweep of the Oakland Athletics: the first sweep of the year. The first walk-off homer was hit by Jim Thome against the Chicago White Sox in August, 2010. I have to admit that I left that game early and missed it. I have not left a game early since then—and have sat through lots of losses. By the way, that was Thome’s 12th walk-off home-run and this week he just hit his 13th—now playing for the Philadelphia Phillies. He now has the Major League Baseball record, passing five players including Mickey Mantle and Babe Ruth. I am glad that as a Twins fan I had a chance to see Thome in action.

Speaking of changes in the rotation, the Twins introduced several new foods this year at Target Field—including mega meatballs, deep-fried pickles, a baked potato bar, bacon sloppy joes, and garlic fries—plus Surly Beer. What, we’re losing? In addition, the Twins are offering a healthy alternative and supporting a home-grown initiative at the same time. Roots for the Home Team is a program that uses produce from youth garden programs to create and sell salads at Target Field on Sunday home games. 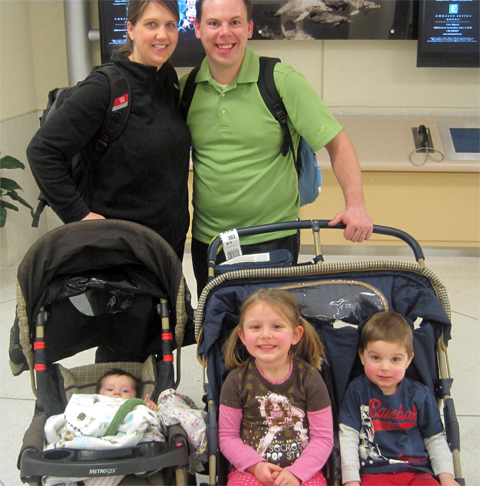 I went to my first Vikings game last winter at the Metrodome. Boy, is that a different world from baseball! I also went to Twins spring training for the first time this past March. Again a very different world: picture the palm trees ringing a field that feels very similar to the St. Paul Saints’ Midway Stadium. I had a great time, traveling with my two daughters, my son-in-law, three grandchildren, a sister, and a sister-in-law. In addition I was able to spend time with my brother and sister-in-law who live in Fort Myers.

One morning we watched batting practice, and I stood just a few feet from Joe Mauer as he went through his workout. He made a point of welcoming the fans in attendance and asking if we were having a good time.  He fielded a question about his white batting gloves and about the fact that he retrieved his own bucket of balls that he hit off the tee. “You hit ‘em, you pick them up.” I wonder how many times he answers those same questions—each time with a smile.

Attending his first baseball game at spring training was my new grandson Will, born in December of last year. What took me many years to accomplish—getting to spring training—he has already taken care of!

There was also my divorce this spring—talk about a different world! I was married 38 years. I have never before lived alone and have always focused my energies on caring for others. It is an interesting adventure, and I am navigating my way through it okay.

It is definitely time for me to start wearing my button again from a 2002 marketing campaign: Twins—Get To Know Them. The problem is that players haven’t been sticking around long enough for us to do that. Although it seems that the roster is settling down, we are only 8½ games back in our division and there is lots of baseball still to play. I believe!