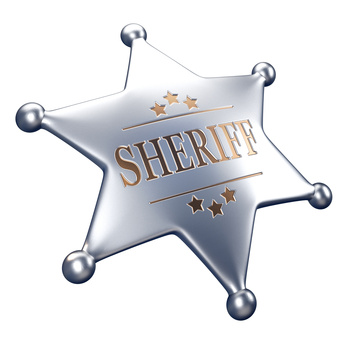 The controversial head of law enforcement in Ramsey County for the last 16 years is facing another significant election challenge from a high-ranking officer in the St. Paul Police Department this year.

It’s been a tumultuous four years for Fletcher, including his pre-emptive raids on the homes of anti-war activists in the runup to the 2008 Republican National Convention and the subsequent fallout, the dissolution and FBI investigation of a Metro Gang Strike Force that Fletcher initiated and the conviction of two of Fletcher’s aides on corruption charges, for starters.

Fletcher points to a 20 percent drop in crime in Ramsey County during his time in office, initiatives aimed at crime prevention and suppression and his office’s awards for jail administration as reasons to re-elect him to a fifth term as sheriff.

Fletcher would not agree to an interview with the Daily Planet, but instead provided a voter’s guide questionnaire.

“I am very proud of our record at the Sheriff’s Department,” Fletcher said in the questionnaire. “The proactive initiatives (undertaken by the office) and our department’s accolades are unmatched in the state.”

But Bostrom, a first-time candidate with 28 years of law enforcement under his belt, has put together a large coalition of backers who believe, as he does, that it’s time for a change.

“The current sheriff’s had a chance to instill his vision,” Bostrom said. “I think people want to see a more professional sheriff’s office versus a political sheriff’s office. What they’re telling me is, once you get elected, get in there and stop the politics.”

Fletcher’s law enforcement resume goes back as far as 1977, when he graduated from Hamline University and went to work for the St. Paul Police Department. He served there until running for St. Paul City Council in 1982.

Unsuccessful bids for the state Legislature and St. Paul Mayor followed, and Fletcher resumed his law enforcement career with the St. Paul Police Department until running for Sheriff in 1994.

During that time, he has butted heads with members of the Ramsey County Board of Commissioners. He successfully boosted his staff by a third and doubled his budget to more than $43 million, but drew criticism from board members for regularly requesting supplemental budget increases, even as the rest of the county was trimming costs.

He sued the board in 1999 when they cut his budget, and ran his own public relations campaign to get a $61 million county jail built despite hesitation from county officials.

Beyond running the jail and water patrol divisions, the Ramsey County Sheriff’s Office is primarily responsible for providing law enforcement to smaller communities in the county that don’t have their own police and assisting those that do.

But, as in 2008 with the RNC convention, Fletcher’s office rarely takes a back seat to anybody. Despite the St. Paul Police Department being in charge of security, Fletcher launched his own investigation into anti-war protesters, complete with sending infiltrators to spy on their activities, inside and outside Minnesota.

The sheriff’s office raid on the homes of four protesters and the headquarters of the so-called RNC Welcoming Committee resulted in dozens of arrests and felony charges against the so-called “RNC Eight,” whose cases just wrapped up with plea agreements this month.

Fletcher’s tumultuous relationship with the St. Paul Police Department during the RNC convention and at other times led Harrington, the former police chief and co-manager of Bostrom’s campaign, to recently publicly denounce Fletcher.

Harrington accused Fletcher of hiring unqualified staff to work for him, of meddling in the St. Paul Police Department’s internal affairs and usurping its jurisdiction within the city.

In 2008, a jury convicted officer Timothy Rehak and Fletcher spokesman Mark Naylon of theft and conspiring to deprive someone of their civil rights when they were caught in an FBI sting stealing $6,000.

Last year, Fletcher was in the news for arguing against closer inspection of a Metro Gang Strike Force. The investigation eventually found multiple improprieties in the seizure, handling and disposition of evidence and led to its closure, an FBI investigation and a $3 million settlement in favor of its victims.

A federal lawsuit filed this month by a former Gang Strike Force member accuses Fletcher and others of scapegoating him for the organization’s actions.

Also last year, gun owners in Ramsey County complained that Fletcher had improperly used a list of conceal-and-carry permit holders to distribute in invitation to particpate in a charity fundraiser through the Sheriff’s Office.

Bostrom insists he is trying to run his campaign on a positive note, but beyond the give-and-take of a tough campaign, it’s clear he has significant differences with his opponent.

Bostrom was in charge of the St. Paul Police Department’s preparations for the RNC convention, an operation he insists was coordinated and implemented smoothly, overall.

“From an outside perspective, people were amazed at how well we pulled it off,” he said. “However, there were parts that we learned from experience, and other parts that were beyond our control.”

Specifically, Bostrom said the designated “free speech zones,” law enforcement response to events that took place away from the main parade routes and the heavy use of protective gear-clad officers did not work as well as he’d hoped.

Bostrom promises to bring a more professional, nonpolitical leadership style to the Sheriff’s Office, if elected.

“I would insist on the Sheriff’s Office meeting its core functions — detention, courts, 911 response to ares with no police, and water safety,” Bostrom said. “Then, we’d make a determination in conjunction and consultation with the other police departments about other ways to be of help.”

In addition to significant labor support and newspaper endorsements, he’s picked up some Republican support and shares with Fletcher the endorsement of the St. Paul Police Federation. Fletcher has the Ramsey County Deputy Sheriffs’ Association endorsement.

Bostrom made a campaign pledge not to ask for a budget increase for two years, if elected.

“Instead of assuming going in that we’re going to need more, I’m going to assume going in that we’ve got enough,” he said. “It’ll take time to do a full inventory and audit of equipment and talent to see where we need to go after that.”