It can be tough trying to be all things to all people.

But since 1978 community radio station KFAI (90.3 FM in Minneapolis, 106.7 FM in St. Paul and online at www.kfai.org) has been trying to do just that. Offering programming that ranges from “Democracy Now!,” a far left leaning syndicated talk show to “Conversations With Al McFarlane,” a weekly program focusing on issues of concern to the Twin Cities’ African-American community, to “Soul Tools Radio,” a hip-hop/soul music show hosted by local music icon, Toki Wright to “The Pop Shop” with Liberty Finch and DJ Izzy who spin “power pop, bubblegum, psychedelic, garage, rock and more,” KFAI is trying to offer something for everyone. That is not always an easy task.

“It can be a double-edged sword,” said Dr. Willie Dean, the new executive director of KFAI. “On the one hand the diversity is fantastic; we have public affairs programs, music genres that span blues and rhythm and blues, country, pop, Latin, Caribbean, zydeco, etc., while on the other hand someone who loves a particular genre might be turned off by the fact that they can only get it for a couple hours of the day. So, it’s a marketing challenge and it’s a fundraising challenge. Our challenge is to reach out to the community and let them know when their particular public affairs program or music genre is playing and provide a top quality product to them. Our programming is not Top 40, it’s determined by our programmers and by our listeners.” 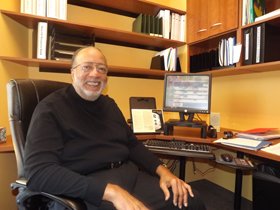 For a station with such complex programming – 89 programs weekly produced by more than 500 volunteers – one might envision a frantic paced environment and chaos abound. One would be very wrong. The atmosphere is as calm and tranquil as it is in the sleepy coffee shop housed below in the same building at the corners of Cedar and Riverside Avenues, just east of the University of Minnesota. And the new executive director is just as calm and tranquil.

Dean has settled in quite nicely at the 900-watt radio station. Considering Dean, who came to the station about eight months ago from Arlington, Tx., had no prior experience in radio, that is saying a lot. 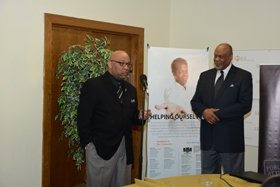 Prior to applying for the executive director position at KFAI – a position Dean’s son, who had been an intern at the station years prior, encouraged him to apply for – Dean was the president and CEO of the YMCA of Arlington. Dean has held executive roles with the YMCA in Cleveland, Omaha, St. Louis and the national offices in Minneapolis and Chicago. 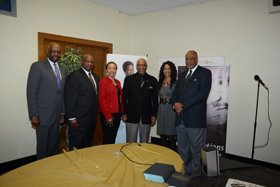 At the Y, Dean managed an annual budget of more than $7.7 million annually. KFAI’s 2014 budget is approximately $1,398,487. Dean said a priority at the station is to increase its fundraising efforts. During the upcoming April spring pledge drive, according to Dean, KFAI hopes to raise $91,000 between April 2 and April 11.

“At some point in our future we’ll be asking our listeners to help us with an endowment campaign so we can ensure that KFAI will be around for future generations. We’d like for our listeners and supporters to include us in their estate planning and in their wills.”

For the 63-year-old Dean, the move to the Twin Cities was fruitful in more ways than one. Though a motivation to move to the area was to be closer to his three sons, Dean found another benefit in meeting Dr. Deirdre Annice Golden, a psychologist with NorthPoint Health and Wellness Center, to whom he is now engaged.

“The return to the Twin Cities has been a blessing to me in more ways than one,” said Dean. “Life is good.”