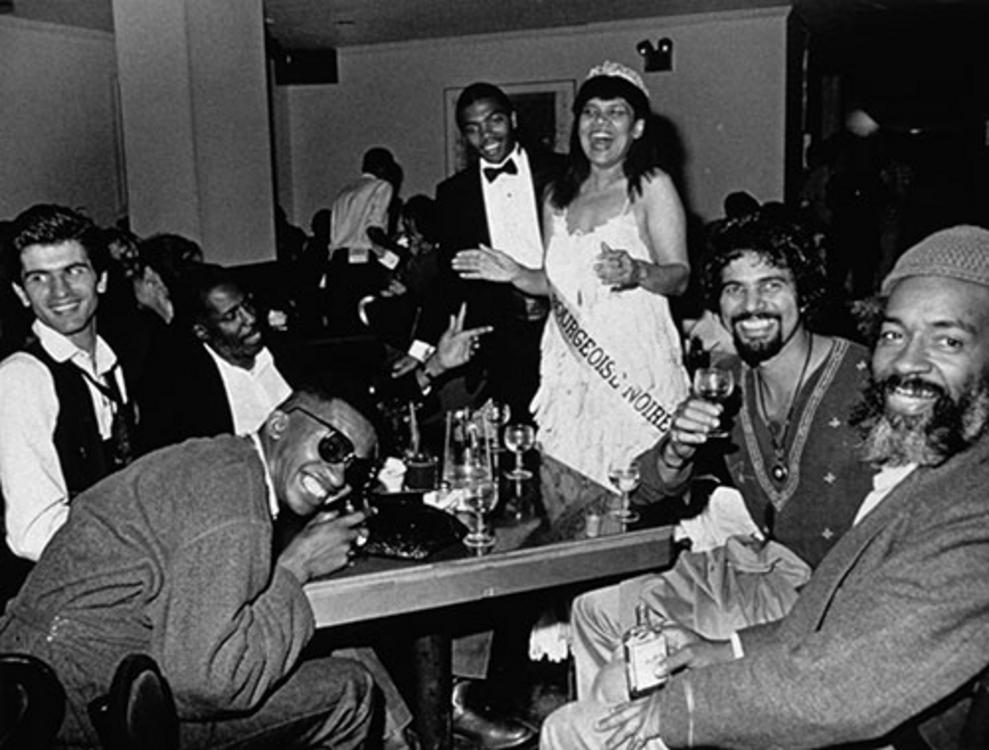 On July 24th, The Walker Center opened Radical Presence: Black Performance in Contemporary Art. This is the final presentation of an art survey that has its origins at Contemporary Arts Museum Houston and has been presented in New York by The Studio Museum in Harlem and NYU Grey Art Gallery. Curated by Valerie Cassel Oliver, this expansive presentation offers a look at performance art by black visual artists.

Radical Presence begins, in linear time, with Benjamin Patterson’s work with Fluxus. Fluxus as a movement, as a style, took performance and art out of the “institution” and into streets, houses and other public spaces. Some practitioners took the work to be anti-art, removing the intellectualism of the art world to focus on experience. In addition to this radical theory, the movement embraced intermedia to explore the tension between one media and the other. Given the movement’s position of confrontation with “mummified” culture, the appeal to black and other underrepresented artists is understandable.

Patterson’s Pond is one of the first pieces to be experienced in the gallery. A pattern of lines and letters are arranged on the floor to resemble a musical notation sheet molded into a grid. For most of the time, this will be a “latent” piece, suggesting past and future performances but remaining inactivated. On October 9th, at 7pm, Benjamin Patterson will be at the Walker to “activate” Pond into it’s full sonic and visual form.

Other early works include David Hammonds’ Bliz-aard Ball Sale, presented here as a video documentation of a performance in which he tried to sell a variety of snow balls on a New York street corner. Another piece by Hammonds is Phat Free, a video produced by Alex Harsley that follows Hammonds as he kicks a bucket around a neighborhood. This intermedia piece draws on both experimental film and performance art to become a mesmerizing visual experience.

Maren Hassinger has both early and contemporary work on display. A pair of photographs present Ten Minutes and Diaries, both created in the late 70’s to present an exploration of physical space and visual arrangement. On opening night, she “activated” Senga Nengudi’s action-based sculpture Untitled (RSVP). This performance placed Hassinger in the center of a web of nylon stockings and weights, adjusting them as she moved within the limits of the fabric.

A series of photos taken during Lorraine O’Grady’s performance of Mlle. Bourgeoise Noire also spark the imagination. The photos depict a 1983 performance in which she transgressed bourgeois spaces dressed in an elegant dress made of white gloves. While the performance was interesting, even more interesting is the way in which time has made these photos distinctly spirited.

Radical Presence is much more than a historical retrospective. Curator Cassel Oliver emphasized the intergenerational nature of the survey. Works are on display that reference or extend performances that inspired them. Derrick Adams’ I Crush A Lot series recreates, in silhouette, Hammonds’ character in Bliz-aard Ball Sale. Clifford Owens’ Anthology presents a series of photographs that depict the artist performing “scores” sent to him by artists such as Terry Adkins, Nsenga Knight and Senga Negundi.

There are many ways to experience an installation as rich as this; cultural, historical and aesthetic lenses can all be used to place the scope of work into schema. A view that struck me on my first visit to Radical Presence was the way in which it also documents the growing influence of technology through intermedia. Because of changes in camera technology, there is very clear decrease of proximity between performance and image. Many of the early images are simple wide-angle coverage of the entire action. As the artists incorporate imagery more closely with the work, framing, motion edits, and digital effects all begin to play a part in the artwork. I can almost imagine the artist, as a body politic, walking toward the camera over the course of these fifty years, then grabbing it so that the camera becomes performance, and a mediated selfie is the latent object.

Theaster Gates’s See, Sit, Sup, Sip, Sing: Holding Court is the first piece you see when entering the space, and it very well may be the nexus for all of the pieces in the show. The physical object is simple enough; a classroom created from chairs, blackboards and a table re-purposed from an abandoned school in Chicago. Intended as an interactive piece, Gates will hold court along with Walker Art Center staff within the space of the art and “activate” conversations about transparency, art history and whatever else the audience brings to the table. I expect these conversations will go to the heart of Fluxus’ origin; interrogating how performance art can confront and engage gallery commodification and academic-prescribed meaning. Not as a polarized debate, somewhat beyond the agit-prop tendencies of historical Fluxus, but as a creative dynamic interconnected across media, time, and culture like nylon stockings both stretched and relaxed.