I keep coming back to three things as I think over my experience of this playlast night:

All of the good things that may have happened in Rachel Calof’s life happened off-stage.

When a recent Jewish college grad who doesn’t love theater and who wasn’t particularly enamored with religious school’s first comment is that he would have liked to see more exploration of the specifically Jewish experience of the Calof family it’s worth taking note.

I expect a story about life on the North Dakota prairie at the turn of the 20th century to be bleak, but within the story every opportunity to share some good news was missed. The play opens with Rachel preparing to light Shabbat candles. Her absent husband is late. He is at another political meeting. She feels forgotten and unloved. Her loneliness leads to her reflection on the death of her mother when she was four, then the abuse at the hand of the servant who raised her, and then under the foot of her new stepmother only ending when she and her siblings were abandoned by their father and sent off to live with relatives.

I have read that Rachel Calof’s memoir, originally written in Yiddish in the 1930s and published in English by Indiana University Press in 1995, describes her life in great detail from her rough childhood in Russia and immigration to America in 1894 at 18, to her 20 years in Devil’s Lake, North Dakota much of it in a 12’ x 14’ mud shack on the prairie with her husband Abraham and his family before moving to St. Paul. There is some controversy about the text. The memoir was edited by a Calof relative and a translator. In an article appearing in American Jewish History, Vol. 92:1, March 2004 scholar Kristine Peleg wrote that Rachel’s first-generation American son Jacob made “(i)ncremental changes . . .to his immigrant mother’s tale about ‘the West,’ their family, and their religion.” 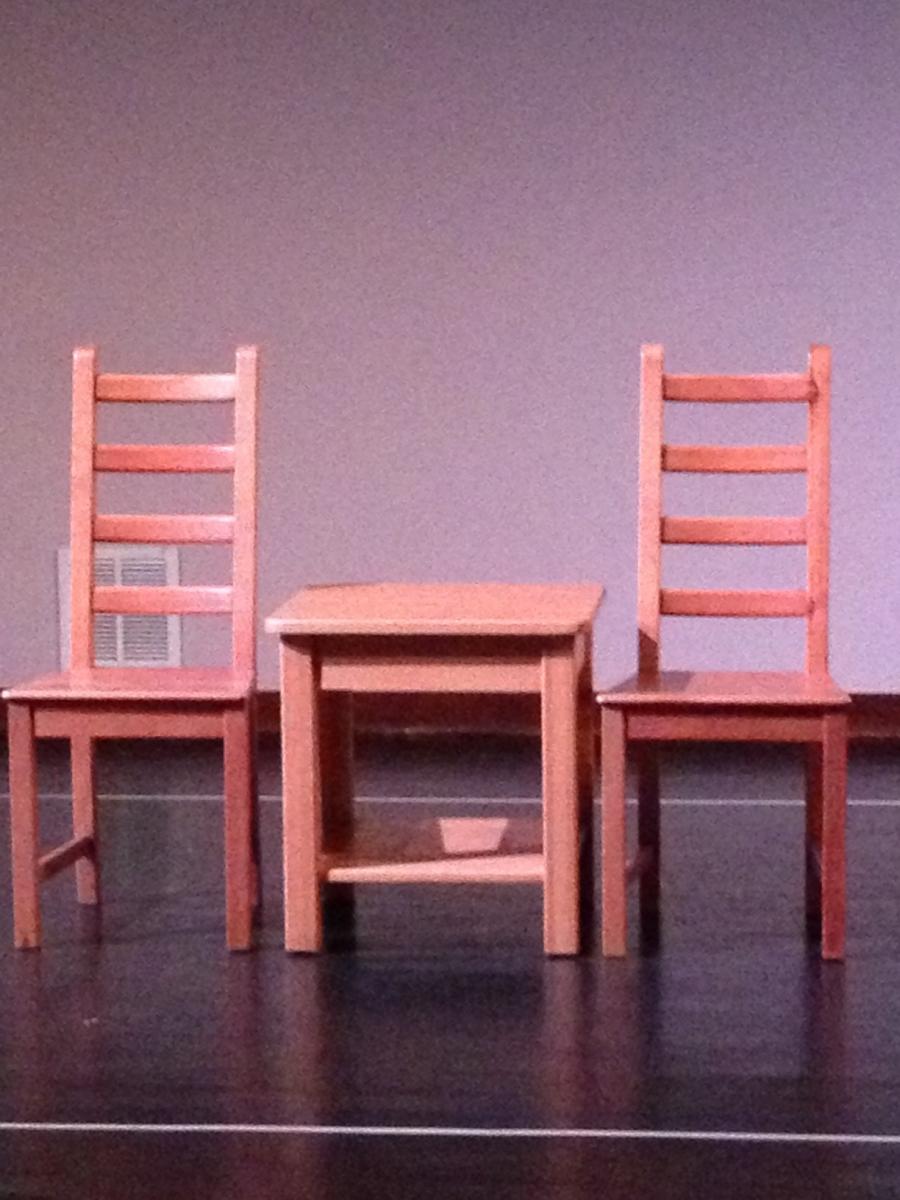 Since I read about the memoir and the historical discussion about the accuracy of the translation of the historical text, I wasn’t expecting Little House on the Prairie. Still, I was surprised that the story was nothing but bleak. I understand that Rachel’s family spent a great deal of those 20 years hungry. However, she gave birth to nine children, and every single one of them survived. That tells me at some point there had to be some food.

I’ve read that Calof’s humor is everywhere apparent in her narrative and that she supplemented their food supplies with wild mushrooms and garlic. I would have liked to have seen more of that side of Rachel.

I also found a reference online to the Calofs adapting Jewish practices to their new circumstances of North Dakota, maintaining customs that were at the core of their Jewish identity and reconstructing Judaism to fit their lives. Audience members asked, “Were there other Jews in North Dakota then?” “Did they have a community?” “Was there any anti-Semitism?” “Clearly Rachel’s mother-in-law had a lot of superstitions, was she religious at all?”

Maybe some of those questions will be answered in the Doorways programs. Actor Kate Fuglei and director Ellen S. Pressman will participate in a Q&A on Aug. 17th; and on August 18th Rabbi Alan Shavit-Lonstein, of Temple of Aaron, will lead a discussion assisted by Katharine Tane on the universal and particular themes of immigration, how we see commonalities for every immigrant community and what’s particular for the Jewish community.

I spoke with Rabbi Shavit-Lonstein on Friday, and while speaking enthusiastically about the book he said that he wants to explore everything from, “What do you mean there are Jewish farmers?” to the way Jewish law and tradition and superstition play out in the Calof story. On August 21st, Katherine Tane, executive director of the Jewish Historical Society of the Upper Midwest, will talk about the broader story of Jewish immigrants settling in North Dakota.

I love history. I love Jewish history. I mean, I wrote a book centered on two Jewish girls set in Saint Paul in 1912. I can’t say I loved this play. For me, it was okay.

The songs didn’t work for me, but one gentleman said he thought they made the play. The set didn’t work for my partner Liddy. She felt the furniture was distractingly modern. Many of us remarked that the 12’ x 14’ outline on the floor was powerful and even captivating.

On average, including the certainly-not -representative sample of 6 audience members from 21-80+ years with whom I spoke, this play gets three out of five stars. A couple of us said two. The majority of us felt a solid three.

Unless, that is, you are looking for an outstanding one-person portrayal of three fully realized, three-dimensional characters.

Kate Fuglei – you might recognize her from Desperate Housewives, N.C.I.S., The Closer, Nip/Tuck, and 90210 or her leading roles in Our Town, Spring Awakening, and My Antonia – was fantastic and got five stars from each of us. It was unanimous.

Rachel’s story is compelling, but it is Fuglei’s performance that makes this play worth seeing.

To the adult friends or parents of middle school students who like going to theater, who might call Laura Ingalls Wilder a good friend, and who have been in the sod house and plowed with the oxen at the Minnesota History Center, this could also be a great end-of-summer experience to have with those tweens. Rabbi Shavit-Lonstein offers a word of caution for children under 13.

*The FTC made me do it: Disclosure of Material Connection: TC Jewfolk received free tickets to  ”Rachel Calof” in the hope that we would review it on TC Jewfolk. But getting the tickets for free doesn’t mean that we were obligated to give a positive review. We are disclosing this in accordance with the Federal Trade Commission’s “Guides Concerning the Use of Endorsements and Testimonials in Advertising.”