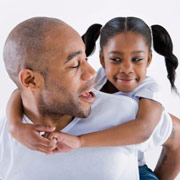 Here’s one of those Minnesota ironies highlighting yet another gap in our community: While Minnesota ranks among the best in overall health quality, we have one of the nation’s largest health quality gaps by race. This is a critical issue state policymakers and key stakeholders must address when formulating Minnesota’s Health Insurance Exchange, which the Affordable Care Act requires be passed by January 2013.

As those following the Affordable Care Act will attest, we’ve already begun to see positive impacts of the ACA in Minnesota. And the Health Insurance Exchange Advisory Task Force—a Governor-appointed, 17-member conglomerate of health care providers, payers, legislators, nonprofit directors, and other key stakeholders—represents a positive method of improving how the state’s health care system serves all Minnesotans, including checking corporate interests by limiting medical companies’ control over the process.

Minnesota can pride itself on this progress, on boasting America’s Health Rankings’ “Healthiest State” honor 11 times since 1990, and on the Health Care Exchange Advisory Task Forces’ recent confrontation of Minnesota’s worst white elephants: The facts of having both the worst achievement gap in the county, and one of the highest rates of racial disparity within its health care system, particularly among its inner-city poor.

How does this manifest?

According to the Minnesota Department of Health’s most recent “Immunizations and Health Disparities” report:

The inequalities extend vastly beyond these illustrations, and we should congratulate the Health Insurance Exchange Task Force’s movement to deal with them as a stride in the right direction. As Minnesota becomes an increasingly diverse land of hundreds of cultures, policy-makers and activists must fight to ensure that initiatives combating these disparities preserve their funding this session, that the upcoming insurance exchange focuses on increasing minorities’ access and awareness around health care options, and that racial parity and cultural responsive solutions are prioritized under the new health care system.