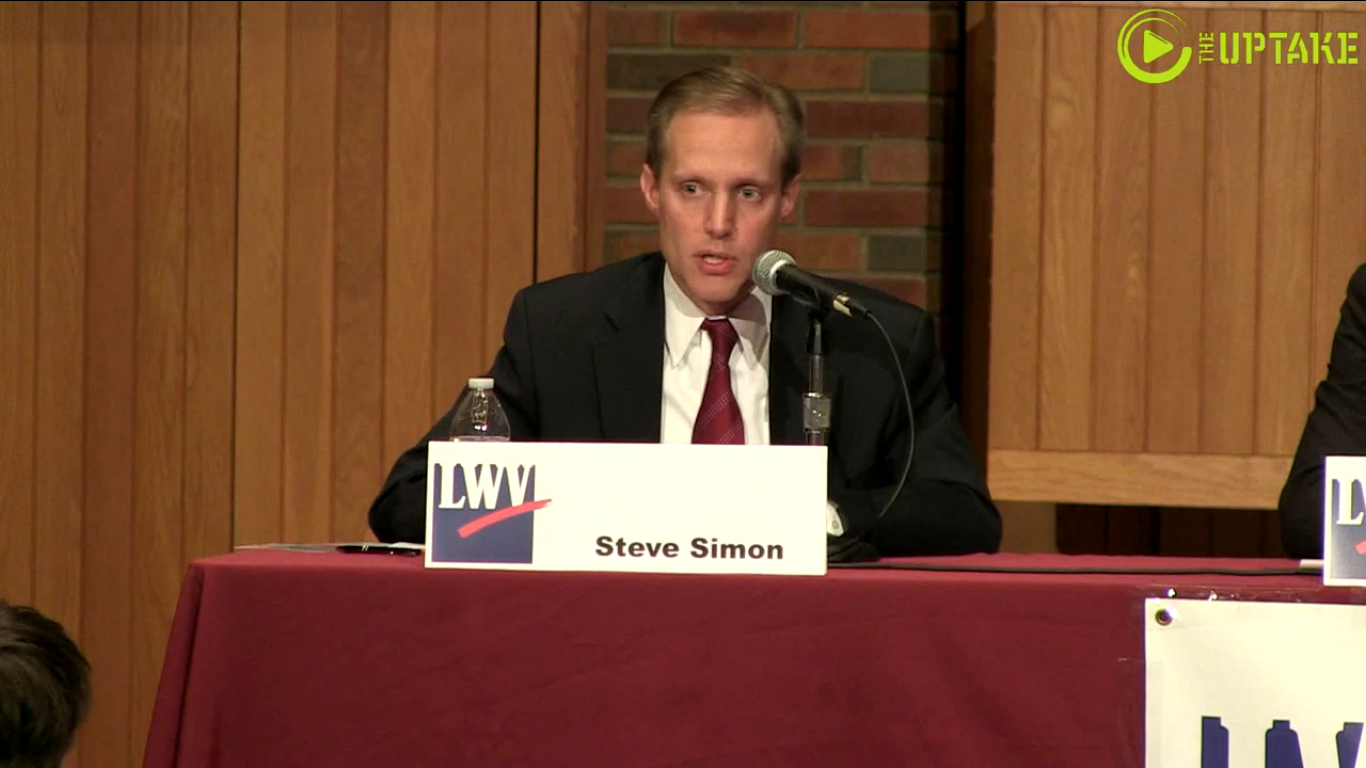 Charges of race baiting and incendiary politics flew in a debate between candidates for Minnesota secretary of state Tuesday night.

At issue is a proposal from Republican candidate Dan Severson who would like to take existing resources at the polls and use them to create an “express lane” for voters who have an ID. Democrat Steve Simon has criticized the proposal calling it a “warmed over version” of a voter photo ID proposal that was defeated at the polls in 2012. Simon also said the two lines would create a “separate but equal” system.

“I really don’t support this idea of sort of a Lexus lane for voting or the so called express lane voting”, Simon said in response to Severson’s proposal. “First of all it seems to be intended to be a separate but equal system. All I have to go on is Dan’s own words when he characterized it on a Tea Party TV show in the spring. He said ‘if you don’t want to show an ID, be my guest. You can go over to the side and wait in line two hours in the cold. That’s fine.’ end quote.

“I don’t think that kind of sentiment has any place in the secretary of state’s office. And it doesn’t even make sense, in the sense that 90 percent of people have IDs. So wouldn’t that be the long line? And wouldn’t the people without IDs be the short line? I don’t think it’s very well thought out.”

“When we begin the race baiting of separate but equal the whole type of deal I think we degrade the conversation and we need to keep it above board. We need… Minnesotans are tired of confrontative politics and I think it’s time to let’s just talk about the issues without being incendiary.”

Simon acknowledged that incendiary politics has no place in the secretary of state’s office but then went after Severson for some of the comments he’s made.

“I’m not the one, Dan Severson was, on election night 2012, who said Minnesota’s vote for Obama was immoral. I’m not the one, he was, who said last year that our schools in Minnesota, our public schools are teaching socialism to our kids. I’m not the one who two weeks ago at a press conference said that our commander-in-chief was intentionally, intentionally, that was the question, interfering with the military vote. That’s incendiary. And that has indeed no place in this race or this office.”

This was the last scheduled secretary of state candidate debate before next week’s election.

You can watch the entire debate below.