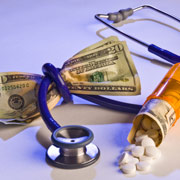 More rational-minded critics of the 2009 health reforms often lamented that while the Affordable Care Act (ACA) successfully expanded access to care for millions of Americans, it did little to “bend the cost curve,” or decrease the rapid growth in health care costs.

New evidence suggests looming implementation of the ACA is already slowing that growth.

According to former OMB director Peter Orszag, Medicare spending growth has declined significantly over the last 18 months. Specific numbers come from health care author Maggie Mahar: “From 2000 through 2009, Medicare’s outlays climbed by an average of 9.7 percent a year. By contrast, since the beginning of 2010, Medicare spending has been rising by less than 4 percent a year.”

While the recession did cause some of this decrease as patients opt to wait on elective surgeries, those in the know say the downturn is at best a partial explanation. Rather, a July 21 Standard & Poor’s report suggests, “many participants [in the health care system] have indicated that providers are trying to address health care reform and are looking for ways to control costs.

If true, this combination certainly would be a contributory factor to the moderation in cost we have witnessed since early 2010.” In other words, health care players know ACA provisions are coming and are doing their best to position themselves for their arrival.

Orszag points to one specific example found at Mount Sinai Medical Center in New York: the hospital’s rate of patient readmissions within 30 days of release has dropped 5 percent since last year.

These preparations also point to our current system’s perverse incentives. Professors Ezekiel J. Emanuel and Jeffrey B. Liebman describe the problem in The New York Times: “Today doctors and hospitals that develop new programs to keep patients healthy lose money in two ways. They spend money re-designing care and then, with fewer office visits and hospitalizations, the payments they receive go down.”

Emanuel and Liebman describe a program at the University of Pennsylvania where a nurse follows up older patient releases with a home visit, saving an average $5,000 per patient through reduced readmissions. But that’s $5,000 in savings for Medicare, and $5,000 lost revenue for the hospital.

Mount Sinai’s program suffers from the very same problem. Orszag reports the readmission prevention program adds extra expense and decreases revenue due to those lost readmissions, so the hospital isn’t sure it can afford to maintain the program.

The Affordable Care Act aims to realign many of these incentives through new, experimental steps. On August 23, the Department of Health and Human Services began accepting applications for its new bundled care program, which will pay applying hospitals a lump sum for Medicare patients they treat. If the hospitals can maintain quality at a lower cost, they can pocket the difference, providing a financial incentive for effective, inexpensive care.

The goal is to achieve these savings without diminishing the quality of care.

Furthermore, the ACA puts the urgency to bend the cost curve upon politicians in a way it wasn’t before. Solutions that work will be much more valuable and their use will spread much more quickly as the constituency of all Americans—mandated to own health insurance—overpowers the voices of narrow interests that benefit from the status quo.

Already, the mere prospect of realigned incentives is encouraging the health care system to aim for quality and value over volume. By committing to maintaining and strengthening the 2009 reforms in the future, that effect can only grow.