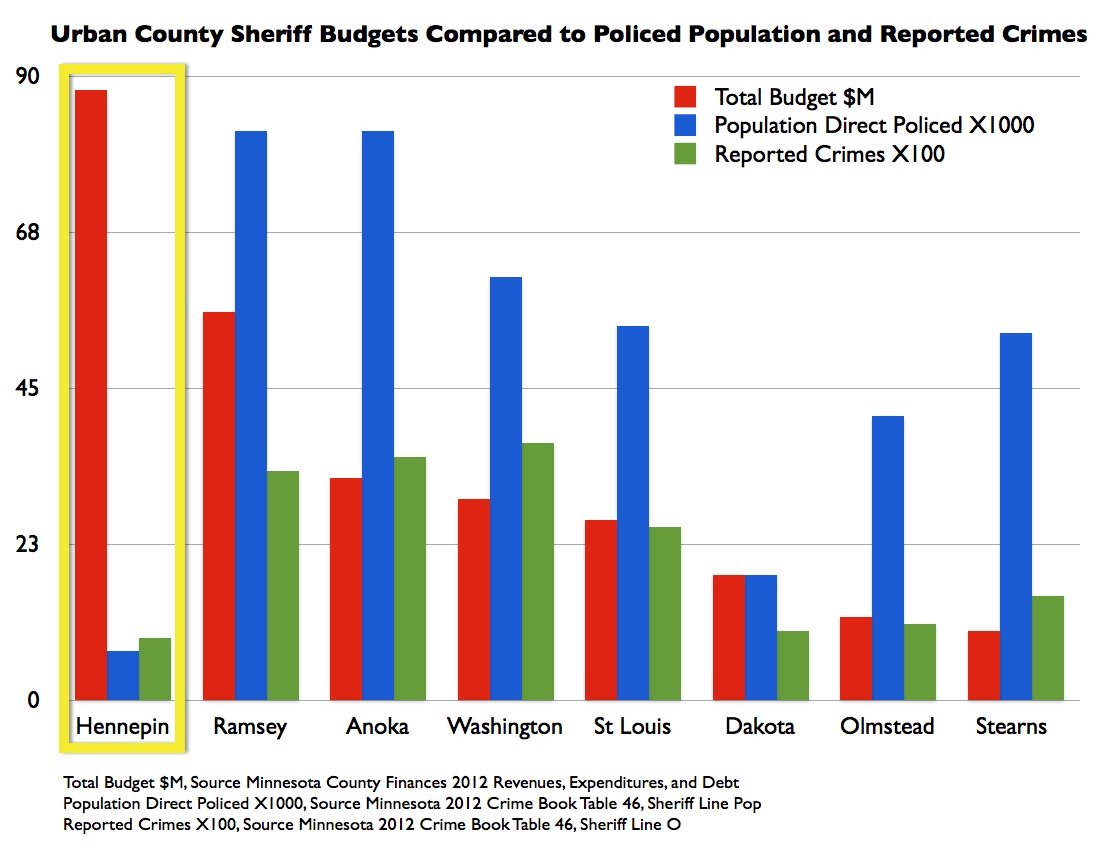 This graph (at top) shows the glaring the differences between Hennepin and other urban counties in 2012 numbers. In comparing urban county Sheriff Budgets, one would expect that the budget is high when the amount of direct policing and reported crimes is high. Hennepin county is the opposite. Given the numbers on direct policing, one could easily make a case that Hennepin’s budget should below Ramsey County’s budget.

So if Sheriff Stanek money is not being spent on policing, where is the money being spent? Today Eddie Frizell, the Minneapolis Deputy Chief running against Stanek gave us all a clue. Frizell’s press release said:

Reports show that within the past 2 years, Sheriff Stanek has traveled extensively while neglecting the communities that matter in Hennepin County. “Just in the past 3 years of his term, the Sheriff has charged over $54,000 in tax payer money to his county issued credit card for over 40 flights and 30 hotels for numerous conferences and out of town meetings,” stated Frizell. “Between the money spent on travel and his administrative costs being doubled, this is money that could spent in other areas of the organization. To me, this doesn’t justify “sound and principled stewardship of taxpayers’ resources”. Hennepin County is best served by electing a community Sheriff that leads from right here at home and November 4th is the voters chance to make a difference,” added Frizell.

A brief look at the list of travel charges leads one to start asking questions:

And those questions are only from the first half page, the list goes on.

Stanek is Republican, so we shouldn’t be surprised that he spends other people’s money lavishly.