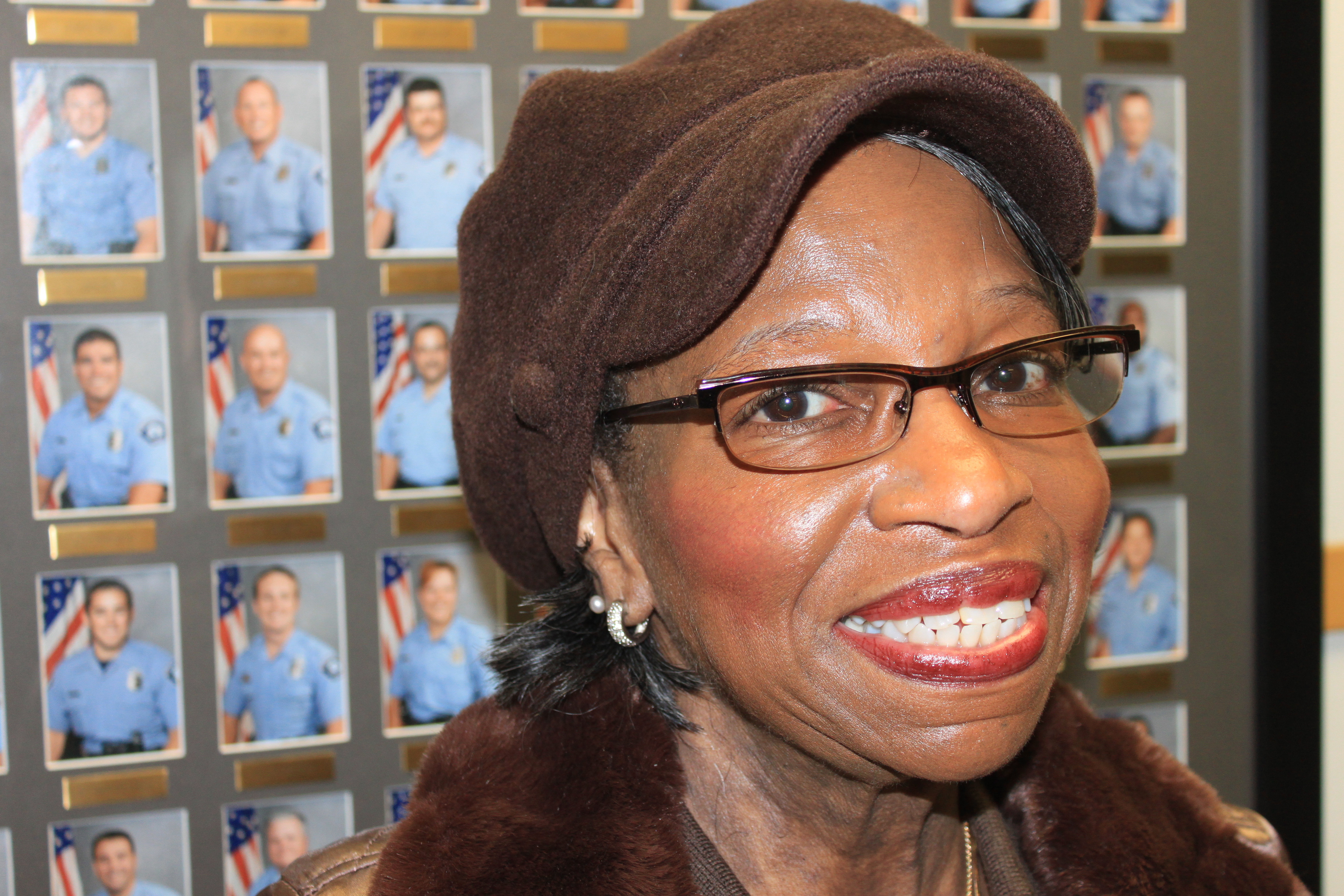 Longtime North Side resident Rowena Holmes has gotten to know her neighbors better than most. As a crime prevention specialist, she’s been a liaison between community members and the Minneapolis Police Department’s 4th Precinct for 20 years. Holmes says her background in social services has helped her work on neighborhood livability issues in the North Side. She has intervened in neighborly disputes, been summoned to drug houses and notified of youth acting out on the streets. Then there’s the good stuff: She’s knocked on doors and dined with neighbors, attended pot-lucks and organized National Night Outs, and trained block club leaders.

Speaking in the “interview room” at the 4th Precinct in North Minneapolis-a room where, as Holmes put it, “the bad guys usually sit and do the interviews,” she offered up her insight about the North Side.

TCDP: How has the decrease in city budget funds affected the work you do?

Well, you have to be more creative. We’ve learned how to do more with less.For instance, we crime prevention specialists were used to having law enforcement officers with us when we went out in the neighborhoods, and we used to have police partners. Now we make do without them, though we can call on them if we need them to give us that extra authority we need.

How has the economy affected the communities you work with?

It’s affected all of us, not just the North Side. Not just professionally, but personally. Everybody is tightening their belts together.

Given the downsized economy, what is the best way to promote economic vitality and livability in the North Side?

We’ve got to utilize the services that are already available. Today at the Hawthorne Huddle I spoke about using free services at North Point Health and Wellness Center, and we need to do a better job promoting those services.  You don’t have to go downtown for what you can get right here.

I’ve just started working with this group. They want to increase safety, but they also want to bring more businesses in. We want our neighbors from all over,-from Minneapolis and also the suburbs, to patronage the businesses and utilize the services there. We want people to shop here, buy gas here, to eat here. We want to be a destination.

What about other challenges beyond safety on the North Side right now?

We are really, really working to take away negative images about North Minneapolis. Crime has actually gone down in the last few years. We have East Gateway partners, a new organization in North Minneapolis that wants to change the physical look of West Broadway, and to make it safer. You’ve got Shiloh Temple and you’ve got a lot of people quietly doing great stuff who don’t always get heralded for it.

In the past there has been a lot of internal conflict among groups on the North Side. What’s needed to start collaborating more?

I have noticed that agencies and community members are definitely starting to say, “Hey, it’s in our best interest if we all work together and everybody can get a slice of the pie.” That’s what the West Broadway Business Coalition has been doing—trying to build consensus.

Around our image and around promoting safety. Right now people are starting to promote the right for everyone in North Minneapolis to live in a safe environment, and to the same rights that anyone living in the suburbs would and should have.

Why is consensus building around safety and beautification now?

I think because of the foreclosure crisis people are really starting to band together and take care of what we have, and to preserve it, and to make it look better. If you drive down North Minneapolis streets, you’ll see some beautiful homes with lots of masonry and lots of beautiful work, and beautiful community gardens. It’s always existed and people have always tried to highlight it, we’re just starting to get better at it.