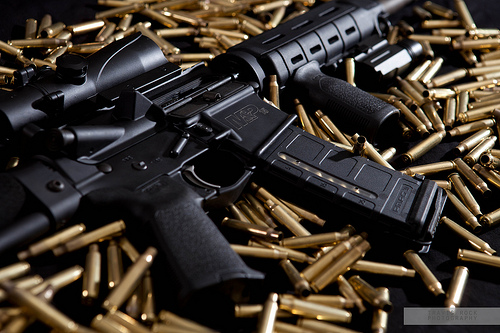 President Obama’s February 4 visit to North Minneapolis and the legislative hearings beginning February 5 in the Minnesota legislature both put the focus on proposals to tighten controls on guns — whether by restricting who can buy guns or types of guns and ammunition that can be sold. We caught up with three gun owners via phone and email interviews: student Andrew McLain; Craig Burris, instructor and owner of Tactical Training Solutions and Danielle Lockwood, creator of the Change.org petition against the Minnesota Assault Weapons Ban and the Facebook group MN Gun Owners Against HF241. They shared with us their perspectives on how proposed legislation will impact them as well as their opposition to an assault weapons ban.

1) What are your opinions on national gun control laws/ Minnesota gun control issues in general?

Danielle Lockwood: Gun violence is not the root of the problem, violence is. Humans have a capability towards violent action, no matter what tool they have at their disposal. Suicides, homicides, war…all of it existed before the firearm was created, and it will still be around even if all guns were removed from this country.

That being said, I think that our gun “control” laws aren’t controlling the criminal factions as much as they are the private citizens. Background checks are a great example – those who respect the law submit to them willingly — and those who plan to subvert the law find their guns through alternate channels. Additionally, the majority of gun laws should never be “national”, they are not the responsibility of the federal government and should be left up to the states.

Andrew McLain: I believe law abiding gun owners and guns are being unfairly targeted. Guns are tools, not the cause of violence. As a gun owner, I am no more violent now than I was before owning a gun. The AR-15 and similar firearms, are excellent for use of self-defense, as well as hunting and sport shooting. In reference to the magazine capacity limits, I do not understand how people decided ten rounds is an acceptable number. It seems so arbitrary to me. As someone who owns a firearm for self-defense, I do not want to be limited to ten rounds when I could someday be faced with multiple attackers when it may take 4 or more shots to stop one of them.

2) As a gun owner do you feel that the state of Minnesota is taking appropriate/fair measures to calm violence and illegal gun possession? Why? What measures do you feel would be beneficial?

Craig Burris: From a cost perspective I think it makes more sense to strengthen the instant background check rather having permits to purchase.

Danielle Lockwood: I do not believe that the current legislative suggestions for curbing gun violence, especially HF241, are necessary or helpful. A study of crime rates in this state over the past few years reveals a steady decline. Handguns were the tool of choice for 51 murders out of 73 total, with knives/cutting instruments used in 12. Overall, I would say we are doing just fine in Minnesota on crime and violence control. To purchase a handgun or “assault weapon” under current Minnesota law, you need 3 things: Permit to purchase a pistol OR permit to carry, a valid MN ID and Background check. With these measures in place, I believe that the state of Minnesota has laid a solid ground of regulation to keep as many folks not eligible to buy a firearm under state law from getting a gun through legal channels.

What would be beneficial for Minnesota is for 100 percent of denied background checks to be followed up on/prosecuted.

Andrew McLain: Law enforcement agencies need to have a uniform reporting process to report offences to NICS. Mental health issues that indicate violent behavior should also be reported. If it can be done affordably, I would also support background checks at gun shows.

3) Personally, why are you against the assault weapons ban?

Craig Burris:  I believe in the second amendment just as strongly as I do any other amendment in the Bill of Rights like freedom of speech or religion. In general, my biggest opposition to it is it’s not attacking the root of the problem. Every year less than 400 people are killed with rifles, which include assault weapons, shotguns and hunting rifles. In terms of a danger to society, assault weapons pose a very low danger. In addition to that the definition to an assault weapon is a characteristic to the way something looks. An assault weapon doesn’t fire more powerful cartridges; it doesn’t fire more bullets. It really is by definition an appearance — a flashlight or pistol grip — which doesn’t affect the ability of the weapon itself to cause harm.

Danielle Lockwood: I am against government bans on products that are not based on careful study and facts, and I do not believe that the government has any place to ban objects protected by our Bill of Rights. Rifles are used to kill less than 500 people, on average, each year in the whole nation, yet they are the focus of every piece of legislation aimed at curbing gun violence through a firearms ban. Americans need to ask ‘why?’ We are told day after day that handguns are used in the majority of gun homicides, but they are not being regulated further – it is the semiautomatic rifles, some of the most popular firearms in this country. The AR15 is used for competition shooting, target shooting, hunting, and home defense by millions of Americans. A handful of crazed killers does not change this fact, nor does it prove that this firearm is any more dangerous than a semiautomatic, wood stock long rifle.

Andrew McLain:  I am against any new measures that would restrict gun ownership in any way for law-abiding citizens. The Second Amendment is first and foremost about defense of self and the common defense. In United States v. Miller (1939), the US Supreme Court declared a sawed-off double barrel shotgun was not in common use by the military and therefore the ban enacted by the National Firearms Act was constitutional. These “assault weapons” are semi-automatic copies of full-auto capable firearms in common use by the military. They function just as any other semi-auto firearm, but differ only in appearance. Many in the firearms community feel “assault weapon” is more appropriate for firearms with select fire capabilities, because they are more capable of suppression by fire due to the high cyclic rate. A full-auto M4 Carbine used by the military has a rate of fire nearly 10 times that of a semi-auto civilian version.

4) In light of the recent mass killings do you feel it’s too late to tighten up on gun control across the nation? In your opinion, will stricter Minnesota gun laws ever be helpful or does this issue parallel with uncontrollable gang-associated violence, mental health issues and/or decisions of those who shouldn’t own guns?

Craig Burris:  I really don’t and there’s a reason for that. If you look around the world in places with severe firearm bans one of the things you see is that while gun crime goes down, violent crimes don’t drop. In most cases it goes up. England has four times the violent crime rate that we have in the U.S. A lot of these bills haven’t been passed yet so we’re trying to organize, talk to legislators and explain to them that we don’t want any reduction in our rights. It’s been over tens years since the last Assault Weapons Ban. Gun crimes and violent crimes dropped significantly. The only things we’ve seen in that same time period is an enormous growth in states allowing their citizens to carry concealed firearms. Most criminals are much more afraid of an individual they’re trying to assault or rob having a firearm than they are the police.

Danielle Lockwood: The citizens of this nation are guaranteed liberty, and that means we have the freedom to choose our own actions. Our laws set out limitations, and the majority of citizens choose to follow these laws because they value social order and peace. Then there are those human beings who, due to their psychological makeup, nature, or background, choose to live outside of the social laws and moral codes of their fellow citizens. The crimes and horrors that these people are able to inflict on fellow human beings or animals are incomprehensible to most Americans.

Those that choose not to follow the law and bring harm on others do so willfully, and it cannot logically be argued that more laws would prevent their actions. The worst school massacre in United States history occurred at the Bath School in Michigan, 1927. An irate and crazed superintendent blew up half the school and himself, killing 38 innocents (mostly children) and scarring the rest physically and mentally. Dynamite, guns, knives…these are the tools of the killer, not the killer themselves.

Andrew McLain: Gun violence parallels other social issues. How else would you [explain] Chicago? Some of the strictest gun laws in the nation, but a very high murder rate. Chicago is rife with poverty, drugs and gang violence. We can all agree that poverty, drug use, and gangs are issues that need to be addressed as well as mental health care.

5) Do you feel that citizens wrongfully judge those who own assault weapons? Many don’t understand why anyone would need this type of gun in particular. Does this judgment come from ignorance of gun culture/guns in general?

Craig Burris:  The term assault weapon was chosen for that reason. It’s essential taking a verb and making it a noun. The terminology skews the actuality of the situation. A shotgun would kill you just as easy as an “assault weapon.” Most people I talk to — who aren’t involved with firearms — assume a semi-automatic firearm is a machine gun. They assume you pull the trigger, it sprays bullets out and it can kill hundreds of people per second but that’s’ really not the fact.

Danielle Lockwood: First, I don’t believe that one person in this country can accurately define an “assault weapon”, because the definitions are based on aesthetics, not function. More importantly, many do not even know how to distinguish semiautomatic from automatic firepower, which is willful ignorance in this Age of Information and the Internet. The history of firearms technology, and its uses in our military, law enforcement, and civilian population is also missing from the national conversation. Firearms have been used for protection of self and country since the founding of this nation, and semiautomatics have been around since the mid-1800s. Some of the most popular hunting rifles use the .30-06 cartridge, originally developed by the United States Army in 1906. The M1 Garand, M1A, and other popular semiautomatic rifles got their start in combat, and then were purchased by civilians as a piece of war history, an example of the evolution of gun technology, and a great firearm to shoot. The AR15 platform is just as patriotic as these classic rifles, yet is the most demonized firearm because of its use in recent mass shootings. The gun itself did not instigate Aurora or Sandy Hook, it was a very disturbed individual who chose a tool to carry out their evil.

Andrew McLain: Most people do not understand firearms, and unfortunately major media outlets do not help. Even the bastion of conservative politics doesn’t know a thing about firearms. It is up to gun owners to inform the rest of the public.

For related stories:
Gun Talk
Obama takes anti-gun violence campaign on the road, including Minneapolis stop
Share your thoughts in a quick video or submit your contributions to the Free Speech Zone.

CORRECTION 2/5/2013: Interviews were conducted both by phone and by email.