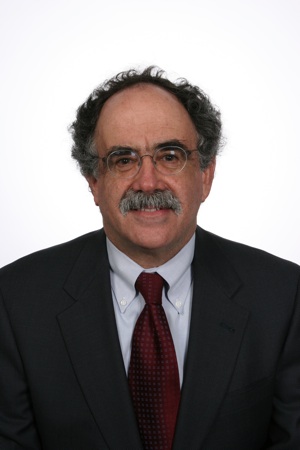 As part of our focus on immigration this month, the Twin Cities Daily Planet spoke with Bill Blazar of the Minnesota Chamber of Commerce. Since Blazar and his colleagues began working on immigration issues, the Minnesota Chamber has been vocal about its support for federally instituted comprehensive immigration reform. Being a business man, Blazar speaks about immigration strictly from an economic perspective and says reform is necessary, if for no other reason than to support the development and growth of our state’s economy.

“Clearly there are other reasons to support this and I don’t think any one would argue that the current system is humane, and that in itself is an argument for reform,” Blazar said.  “But we as business group we bring to the table the economic perspective.” Here are some of thoughts he served up.

Why is immigration important to the Minnesota business community?

Our primary concern as an organization is the development and the growth of the state’s economy. Our members expect us to create an environment where the states economy can develop and grow. The key ingredient for development and growth, especially in Minnesota, is the work force. What we have observed over the years is that we have increasingly aging population. In fact, it doesn’t really pick up until 2035. We know that even in spite of technology, at the end of the day a growing economy needs more workers of all variety—skilled, unskilled, technology, service, manufacturing, whatever.

When we look at the state’s demographics, we have an aging population and our best source of workers are immigrants, either from another country or another state. In reality, we’re more likely to get workers from other countries than from other states. That led us to look at the status of our immigration system and it didn’t take long to discover that that system doesn’t work very well and that we needed to make it work better.

How should we reform the immigration system, if at all?

Well, again from an economic perspective, we think three things are critical. One is that we need to look at the administrative procedures and practices and make those more efficient and more reliable. Employers are being asked to use the E-Verify system, but that system has to be accurate, and flawlessly so. If it gives us a false positive and then we employ someone we shouldn’t have employed, or if it give us a false negative and we deny employment to some one who we shouldn’t, we’re doing something wrong so we’ve got to fix that system.

We need a process to resolve the status of those who aren’t documented. Those folks, for whatever reason, came for this country and many of them are working and contributing to the economy, and to a certain extent they’re living and working in the shadows. We need a clear path for them to take to resolve their status – that could leave to citizenship, permanent residency, and in some cases could even result in them leaving the country. Especially those young people who were brought here through no fault of their own—those people ought to be able to resolve their status and not just for economic reasons but for humanitarian reasons.

The third thing is we need to agree on a formula to regulate the future flow of immigrants in to this country. When we did this in the 1980s, we neglected this point and now we’re living with the consequences. There are models out there for this, so we don’t have to reinvent the wheel. I’ve seen some that would set a number of visas based on economic needs and trends, and then look at how those demands change annually. Then it adjusts accordingly, so that every year we would be working off the demands of the previous years. We don’t want new Americans to displace U.S. workers, so we have to adjust that flow on an annual basis.

What do you think of the Arizona SB 1070, and laws like it in other states?

Well, our general view is that immigration is a federal issue and it ought to be dealt with using federal legislation. We generally take a view that any state shouldn’t be enforcing federal law. So we don’t support any Arizona legislation, or even legislation that’s been tried to be passed in Minnesota on immigration, because our bottom line is that it’s the federal government and the president that should be setting our immigration legislation.

Speaking of…the U.S. House and the U.S. Senate will likely push immigration legislation that looks very different. Is it a hopeless cause for the reforms you listed earlier?

So here’s why some lobbyists might call me crazy because I say, let’s have the two bills meet up in a conference committee and let them work it out. Now, we’re not going to end up with comprehensive reform, but it’s a first step (and I emphasize a first step). It’s not the best step but it’s a step, and let’s try to make progress that could turn in to a reasonable step towards reform. I’m trying to be practical; and do something that captures the inclination of the House and the Senate.