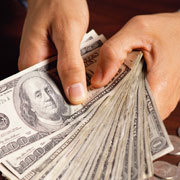 Away from the distractions that dominated the past elections, Wall Street watchers and Main Street advocates have wondered when, and how, enormous stashes of corporate and personal wealth will be put to use.

We may be seeing some early signs that handlers of stashed cash are going back to work, both within the domestic economy and in the global market. With positive and negative consequences, some of it will find its way into Minnesota plants and companies.

ConAgra Foods Inc., a giant food and agriculture company that over the years acquired numerous Minnesota companies and product lines, recently announced it is paying cash in a $5 billion takeover of Ralcorp Holdings Inc., the latter a long-time corporate icon of the St. Louis business community.

With ramifications closer to home, Fiat Industrial in Italy announced November 26 it is acquiring the last 12 percent it didn’t already control of CNH Global N.V., the Dutch owner of the Case New Holland farm equipment manufacturer in the U.S. CNH is currently expanding its manufacturing plant at Benson.

This international financial action doesn’t suggest any changes for the plant at Benson or for any of its employees and other stakeholders in west-central Minnesota. But two other recently announced actions within the heavy equipment and farm machinery industries do impact Minnesota and Minnesotans.

On the positive news front, German manufacturer Geringhoff Worldwide announced in September it purchased a vacant factory in St. Cloud and will create 100 jobs in manufacturing farm-harvesting equipment. This will be Geringhoff’s first production facility in the U.S. as it expands its global operations.

Meanwhile, a comparable number of jobs will be lost this spring when American-based Caterpillar closes its production plant at Owatonna while expanding around the globe.

Such comings and goings are predictable in the global economy. We celebrate the comings; we bemoan the goings. We should be looking at how we can encourage home grown, less transitory business investments while recognizing that even the most locally anchored enterprises are subject to takeovers and closures.

St. Louis’ Danforth family, founders of Ralcorp, is like the Pillsbury family—or Dayton, Cargill, MacMillan, Ordway and McKnight—a multigenerational family with strong community roots. Not surprising, then, that news of Ralcorp’s accepting the ConAgra offer was met with great concern in St. Louis as cities everywhere recoil at losing corporate headquarters.

There is much more than just jobs at stake, said retired St. Louis research scientist Clifford La Motte, a past Danforth scholar who knows how the Danforths have supported the community, academia, research and groups that work for the betterment of society.

Get ready for similar changes of ownership, rationalizing of assets, closures of plants and operations as merger and acquisition activity cranks up with a strengthening economy and with investment groups looking to access cash reserves and divest properties of value.

Supervalu Inc., one of Minnesota’s premier headquarters companies, is currently seeking a buyer or buyers for its operations. With growth of Minnesota technology companies, some great players on the state’s business scene will likely find themselves targets by investment groups looking for patents or cash reserves.

A new spurt of M & A activity seems inevitable. Not counting financial institutions, New York Federal Reserve bank researchers find American corporations are sitting on about $2 trillion in cash reserves that will either need to be distributed to investors or used for business purposes. That amount pales, however, when compared with an estimated $21 trillion to $32 trillion the world’s wealthy has hidden in offshore tax havens.

Banks in London, New York and Geneva are being investigated for aiding the tax havens and the wealthy in avoiding taxes. If such inquiries continue, much of this money will find its way back into “legitimate” uses. With or without recaptured taxes, much of the money will be put to some use; the holders of this wealth won’t want their money simply hidden under a mattress in a tax haven.

Minnesota can’t do much to change international banking practices or direct global business developments. But it must be ready to recognize opportunities that come from helping local entrepreneurs start businesses and from global firms looking to start a North American presence.

Reed Anfinson, editor and publisher of the Swift County Monitor News, wrote a thoughtful editorial on November 28 that noted candidates for office kept talking about creating jobs during the past campaigns. With the Case New Holland plant expanding and other local firms also experiencing growth, Swift County and surrounding areas in west-central Minnesota haven’t enough workers to fill current job openings, he said.

“We asked (candidates) for ideas on how we are going to repopulate rural Minnesota,” Anfinson wrote. “No answers.”

Both the city of Benson and Swift County have cash reserves of their own that could be used to promote in-migration of workers and explore ways to attract people and businesses, Anfinson said in an interview.

That isn’t being done now to meet existing worker needs, he said. It almost precludes other multinational companies to move to Benson to set up shop in America.