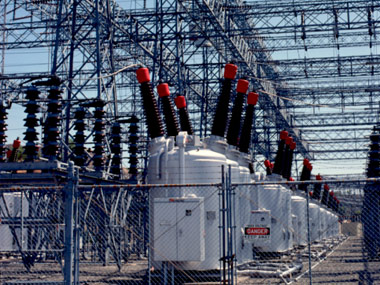 With no immediate hope for the creation of a national repository for spent nuclear power plant fuel rods, the Prairie Island Indian tribe has petitioned the federal government to revisit the practice of long term storage of radioactive material at Xcel Energy’s Prairie Island nuclear generating facility.

What better time for Xcel, and other operators to phase-out their nuclear power plants?

Nuclear power is certainly not the only energy source fraught with serious downsides, but it is by far the most dangerous in the event of a major malfunction. In spite of this danger, there is apparently a belief within U.S. nuclear establishment that a Fukushima, Chernobyl or even Three Mile Island scale disaster can be avoided in perpetuity—call it wishful thinking or reckless arrogance.

Nuclear power advocates have ignored, and continue to ignore, the safe nuclear fusion reactor that hangs in the sky every day.

Fortunately, others are not so myopic. Joel Cannon, CEO of Bloomington’s TenKsolar, observed in a recent interview that rational energy policies in the U.S. could elevate solar energy to 20 to 30% of total supply within the next two decades.

Because of the “must take” nature of photovoltaic (as well as wind) power generation, generated electricity must be integrated into the power grid immediately–absent technology to store energy. But, Concentrating Solar Power (CSP) can be used to store energy (as in heated liquid), and provide power generation during periods of no or low sunlight (or wind).

And, here’s where Mr. Cannon’s observation comes into play. For solar, wind and other renewable energy sources to replace nuclear and fossil fuel energy, government assistance should be shifted from the latter to the former.

Taxpayer dollars should be used to develop the advanced storage and conversion technologies of the safe energy sources of the future rather than, for instance, providing loan guarantees for new reactors that will only add to the already overwhelming quantity of dangerous radioactive waste and expose increased numbers of Americans to injury, or worse, as a consequence of a nuclear mishap.

We’ve already witnessed the byproducts of “innovations” in other dead-end technologies that promise “energy independence” (hydraulic fracturing and deep-ocean oil drilling—for instance), but deliver destruction of precious water resources and even entire ecosystems.

Minnesota’s 2007 Next Generation Energy Act included a Renewable Energy Standard (RES) which calls for utilities to produce 25% of their electricity from renewable energy sources by 2025—Xcel is set to achieve 30%.

By immediately beginning the transition away from nukes, and toward maximum generation capability from solar, wind and other renewable energy sources, power companies could–with public support–meet or exceed the RES by 2025, and put the nuclear genie back in the bottle–where it belongs.